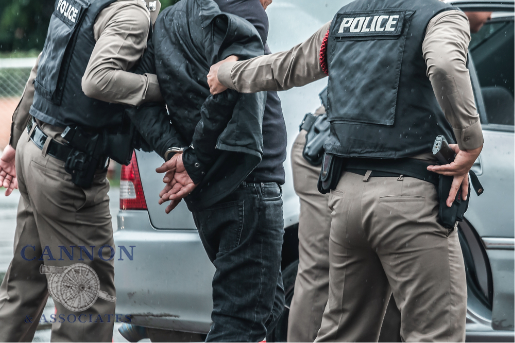 Most police officers are dedicated to their community and the safety in it. Officers swear an oath to protect and serve those they are responsible for policing; however, with great power comes great responsibility. Unfortunately, some officers perform misconduct and violate the constitutional rights of those they are tasked to serve, sometimes by the use of excessive force. Police can violate citizens’ rights both by negligence and intentionally or maliciously.

The most highly publicized and impactful forms of police misconduct is excessive force. Excessive force often results in citizens suffering grave injury or even death at the hands of an officer using excessive force or greater force than what is required in a given circumstance. Contact Cannon & Associates for a free case evaluation and to learn about your rights in your Oklahoma excessive force case.

What Is Excessive Force?

What does the term excessive force mean? Excessive force refers to an altercation with a government official, in which the official – typically a police officer or law enforcement officer, uses too much force for the situation. Police should only use physical force when necessary and the physical force should be limited to the amount sufficient to defuse the situation.

Police work is inherently dangerous and there are many situations that require officers to use force; however, the force used by an officer should only be sufficient to:

Police are tasked to resolve conflicts with the minimum amount of force necessary to protect the community and themselves. Police officers have the greater number of excessive force complaints, as they have more interactions with citizens than any other group of government officials in a law enforcement capacity. However, excessive force can also occur with prison and pre-trial detainees and other contexts.

Your Constitutional Rights and Excessive Force

The constitutional principal that you should be safe from the use of excessive force is based in two Constitutional Amendments:

When Is a Police Officer’s Seizure Unreasonable?

Excessive force claims are largely based on United States Supreme Court decisions that establish the doctrine of excessive force and unreasonable seizures under the constitutional amendments listed above.

This decision addresses the most serious form of excessive force, i.e. deadly force. However, excessive force applies to situations where officers use less than lethal force. Excessive force claims can exist even with minor injuries, if the force used was unreasonable.

Our Fierce Advocates will treat your excessive force case with dedication and fight for you.