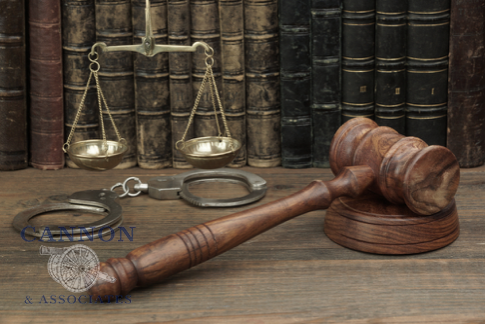 Right to Counsel: Do I Have the Right to an Attorney, if I am Testifying before a Federal Grand Jury?

Federal grand juries consist of a panel of 16 to 23 jurors. Twelve votes are required for an indictment. The grand jury convenes without a presiding judge. Witnesses do not have the right to present exculpatory evidence and witnesses have no right to appear, unless called by the grand jury or the prosecutor.

In federal criminal cases, especially financial crimes or white-collar crimes, federal prosecutors and federal law enforcement officers seek to obtain records, documents, and other evidence for federal prosecution through the grand jury process. Unfortunately, sometimes this results in completely innocent third parties being subpoenaed to testify in a grand jury proceeding, a scary prospect for many people. Federal grand juries issue subpoenas to review evidence the grand jury finds relevant to its consideration.

3. When you fear you may be the subject of the investigation before the grand jury or have concerns that you may be investigated for collateral conduct relevant to the grand jury’s investigation, your federal criminal defense attorney can assist you in asserting your Fifth Amendment right against self-incrimination. The government may agree to excuse you as a witness before the grand jury, if you will be invoking your Fifth Amendment right against self-incrimination.

4. Your federal criminal defense attorney can provide you wisdom and their experience in representing clients in former federal and state grand jury proceedings. Your chosen criminal defense attorney should be able to walk you through what to expect in testifying before the grand jury, the setting of the proceedings, and help you prepare your testimony.

5. Obtaining the assistance of an experienced criminal defense attorney may protect you from finding yourself accused or indicted for perjury or obstruction of justice for providing false or misleading testimony to the grand jury. In cases of high importance nationally or to the US Attorney’s Office involved, the chances of being accused or indicted for perjury increase, if you provide false or misleading testimony to grand jury.

6. Although your attorney cannot be present in the grand jury room, any witness may ask for a break in testimony to consult with your counsel outside of the grand jury proceedings. Retaining an experienced criminal defense attorney provides you the benefit of appearing with your attorney and having his or her advice before testifying and during breaks in your testimony.

What Happens After Grand Jury?

As stated above, a grand jury does not need to reach a unanimous decision in order to indict an individual. However, a grand jury does need a supermajority of either 2/3 or ¾ agreement to indict, depending on jurisdiction and other issues. Federal cases are known for being much faster than state criminal proceedings.

All federal grand jury proceedings are sealed, meaning no one can come back and review the information or testimony presented to the grand jury.

The Fifth Amendment to the Constitution expressly grants the right to be indicted by a grand jury in federal felony proceedings. Therefore, an information is only used when a federal criminal defendant voluntarily waives the right to indictment by a grand jury.
Rule 7 of the Federal Rules of Criminal Procedures states, An offense punishable by imprisonment for more than one year may be prosecuted by information if the defendant—in open court and after being advised of the nature of the charge and of the defendant’s rights—waives prosecution by indictment.”

Why would anyone plead to an Information in Federal Court?

Federal prosecutors may provide federal criminal defendant’s a variety of benefits in exchange for not holding federal prosecutors to the requirement of presenting a case to the grand jury; thereby conserving resources. Some of the benefits of waiving Indictment by a grand jury may include: consideration of cooperation with the government and more importantly acceptance of responsibility for criminal wrongdoing. Federal prosecutors may agree to proceed on fewer or less serious charges against a federal criminal defendant in exchange for waiving Indictment.

Generally speaking, the decision to waive Indictment by the grand jury and proceed by Information is the result of an agreement between the federal prosecutor and defendant for specific sentencing calculation under the federal sentencing guidelines or specific charges.