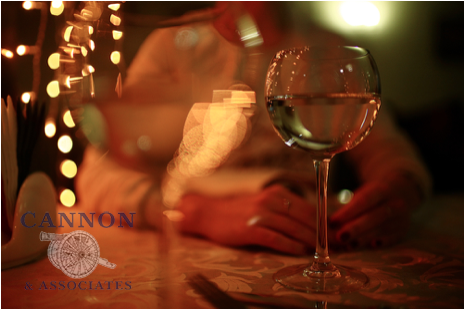 DUI Defense and The Holiday Season

The holidays are one of the few times that almost every gets to rest throughout the year. Holidays are always merry with family and friends around. It is common for people to get carried away by all of these festivities, making them drink a little more than they usually would.

While consuming a little bit more in the spirit of the season isn’t a bad idea, it becomes a poor decision when a person has to get behind the wheel.

Considering the recklessness often associated with the holiday period, states and cities across the United States have resorted to holding DUI checkpoints at different locations to reduce damages by identifying and apprehending drunk drivers. Oklahoma City, Edmond, and other cities around Oklahoma County have DUI checkpoints during the holidays as well.

Getting arrested for drunk driving is probably not how you intend to spend your holiday; however, you need to also understand Oklahoma’s DUI laws and how it affects you if you are ever arrested for this criminal offense.

Oklahoma DUI Laws and How It Affects You

Asides from getting arrested during the holiday and putting your loved ones in a sour mood, you need to consider what a DUI arrest means for you.

Below are some things you need to know about Oklahoma DUI laws:

– You can be arrested with a BAC of below 0.08 percent – the legal BAC limit for an adult is 0.08 percent, however, as an underaged person, the state has zero-tolerance for underage drinking and driving thus putting the legal limit for persons under 21 at 0.02 percent. An adult may also be arrested and charged with alcohol-related driving offenses if the BAC is below 0.08 percent but found to be between 0.06 and 0.07 percent.

– DUI arrests can be made even if you aren’t driving – According to the Oklahoma DUI laws, you are not only considered a danger to yourself and other motorists when operating a vehicle while drunk or impaired, being in physical contact or control of a vehicle while under the influence of drugs and/or alcohol makes you culpable. Meaning, you can be stopped on the side of the road with your vehicle turned off, “sleeping it off” and you can be arrested for being in Actual Physical Control of a Motor Vehicle (“APC”), which carries similar consequences to a DUI.

– DUI arrests qualify you for two cases – When you are arrested for DUI, you will be made to face the criminal charges associated with the arrest as well as administrative actions before the Department of Public Safety.

The True Cost of Your DUI Arrest During the Holiday Season

While you should be spending quality time with family and friends during the holidays, a DUI arrest can rob you of this and much more.

If you have ever wondered what the true cost of your DUI arrest will be, below is a breakdown of the costs.

– Probation Fees – $40 per month until the end of the probation.

Savings in Your DUI Defense

The above listed costs are high; however, without hiring the right Oklahoma DUI defense attorney, the costs will be even higher. When you work with a Fierce Advocate for DUI defense you can avoid jail time, reduce your court costs, minimize your probation requirements, and shorter the term of your probation. Additionally, by working with an experienced DUI defense attorney you may be able to get your DUI case dimissed or delay sentencing for a period of months and have your DUI case dismissed after completing terms of probation.

Hiring an experienced DUI defense attorney is not an expense, it is an investment in your future and the first step to getting your DUI arrest and DUI case behind you.

Not spending time with your family and losing money due to a DUI arrest during the holiday can be demoralizing. Contact Cannon & Associates for legal representation. Our attorneys have the experience and expertise needed to navigate the complex world of DUI.

Founder John Cannon has been recognized as a Super Lawyer and our team of Fierce Advocates for DUI are ready to assist you and your family. Contact Cannon & Associates by completing the CONTACT FORM ON THIS PAGE NOW or CALL at 405-657-2323 for a free confidential case evaluation.