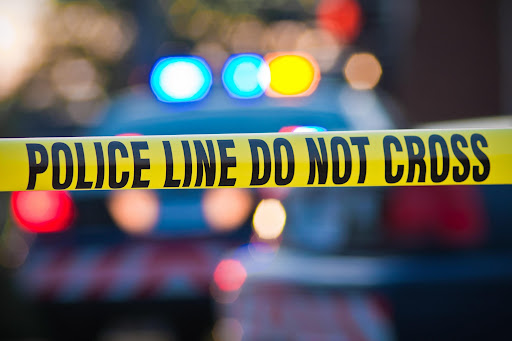 Is There a Difference Between Excessive Force and Police Brutality?

Yes and no, excessive force refers to the situation when a government official, including law enforcement, uses force that exceeds the amount of force necessary to resolve a situation and protect the public and themselves from harm. Police brutality, as is sounds, relates to when specifically law enforcement uses too much force, usually during an arrest. Therefore, excessive force has a broader scope of applicability than police brutality; however, you can recover damages for both.

In 1985, the Supreme Court decided the benchmark case of excessive force in Tennessee vs. Garner, the Court determined the police officer used excessive force by shooting an unarmed and non-threatening teenager that was fleeing a burglary. The Court ruled the following requirements for an officer to use deadly force:

Since the Supreme Court’s decision in Garner, the application of excessive force by police has expanded to any instance where an officer’s use of force was excessive or unreasonable in the given situation.

What Is Excessive Force in Oklahoma?

Law enforcement have the inherit ability to use force, which is reasonable and necessary to defend themselves or others or to make an arrest. However, when police use more force than is reasonable for the given situation, it may mean excessive force was used. In police brutality or excessive force cases the determination of whether an officer used reasonable or excessive force is typically a question of fact determined by a jury. The jury or fact finder will be tasked with determining whether or not the office used excessive force given all the facts available to the officer at the time.

Courts have recognized how subjective the above excessive force analysis can be for juries; therefore, a Use of Force Spectrum has been developed to assist juries in identifying excessive force. The Supreme Court has held “the right to make an arrest or investigatory stop necessarily carries with it the right to use some degree of physical coercion or threat.” But, the Court has also held the degree of force or coercion must be proportional to the threat and can only escalate in response to the threat.

Excessive Force: Use of Force Spectrum

The following escalation of force is an idealistic framework that does not have applicability to every situation involving law enforcement using force. However, these methods are designed to hopefully de-escalate a situation before it becomes deadly. Most instances of excessive force by police are easily identified by considering the following Use of Force Spectrum:

As indicated above in the Excessive Force: Use of Force Spectrum, whenever an officer uses excessive force or more force than is necessary to resolve a situation, the result is police brutality or excessive force, which is a violation of the person’s civil rights. The following are some of the most common forms of police misconduct or excessive force in Oklahoma:

Can I Sue for Police Brutality in Oklahoma?

You can sue for police brutality in Oklahoma, if the officer violated your Fourth Amendment rights and you suffered excessive force by an officer. Excessive Force is a constitutional violation, remedied by a civil rights complaint seeking monetary damages and possibly injunctive relief under Title 43 Section 1983 of federal law, which governs Civil Rights claims. This federal law gives individuals the right to sue government employees and agencies when they violate a person’s civil rights.

These actions are typically referred to as Bivens Actions, as a result of the Supreme Court’s 1971 decision in Bivens v. Six Unknown Named Agents, in which the Court ruled the plaintiff must be able to prove the officer violated a right protected under the Constitution. When an officer’s conduct is not “objectively reasonable” given the facts and circumstances of the situation, the officer and agency can be held liable.

Sovereign immunity is a legal doctrine that provides immunity from civil suit, civil damages, or criminal prosecution to the state, i.e. Oklahoma and/or Oklahoma State Agencies. Qualified immunity protects government actors from liability in only limited circumstances, if the conditions for that circumstance are met. Although qualified immunity still exists and shields some state actors from liability for civil harms, we have been successful in overcoming qualified immunity in law enforcement excessive force cases. The Oklahoma Legislature has not eliminated these doctrines; however, they are strictly curtailed and only apply in limited circumstances.

However, in Oklahoma, in order to file a lawsuit for excessive force by a police officer, you will need to follow the Government Tort Claim Act’s mandates, which include filing a Tort Claim with the State in order to obtain a “Right to Sue”, pursuant to the State’s retained Sovereign Immunity. Please see our other posts concerning Sovereign Immunity and Qualified Immunity for answers to your specific questions on these topics.

How can I Prevail in my Oklahoma Excessive Force case?

In order to prevail in your claim, you will need to be able to demonstrate that a reasonable officer in the same situation as your case may determine the officer acted unreasonably.

The more evidence you can present to support your claim the better, i.e. surveillance or a cellphone recording of the incident is powerful evidence. Additionally, it is important to preserve any witness statements and take photographs of your injuries. You will need counsel to represent you in your excessive force case, as well as your criminal case, if you are arrested or charged with a crime.

What Types of Compensation are available in an Excessive Force Lawsuit?

Experience matters when you or a loved one has been the victim of excessive force by law enforcement in Oklahoma. Our Fierce Advocates at Cannon & Associates are dedicated to fighting for every client, will explain everything to you at each step in the process, and help you obtain the outcome your family deserves.
Cannon & Associates is here to support and guide you through all of your options and will be there for you from beginning to end. Contact Cannon & Associates to protect your rights and fight for your case in Oklahoma. Complete the CONTACT FORM ON THIS PAGE NOW or CALL at 405-369-5267 for a free confidential case evaluation.