Mr. Cannon has represented me on 2 criminal cases and one civil case over the past 4 years. He has always served me honestly, speedily and with good moral direction. John has integrity and humility. He has never belittled me or treated me in an unfair manor. I appreciate all that he has done for me and I most certainly recommend him to family, strangers and friends. I will definitely use Mr. Cannon in the future for any and all of my family's legal matters. - Candice Barthel

3M is a Fortune 50 company that manufactured and sold earplugs to the U.S. Military designed to protect soldiers hearing, while in combat. Unfortunately, it is now clear these hearing protection earplugs were not effective in preventing hearing loss for soldiers in close proximity to explosions or gunfire. 3M knew the combat earplugs did not effectively prevent tinnitus and hearing loss; however, the company continued to produce and sell the earplugs to the U.S. military for 10 years. 3M was aware the decibel protection provided by the earplugs was insufficient; however, they did not correct the problem or notify the military.

The lawyers at Cannon & Associates have the experience and FIERCE ADVOCACY you need to seek compensation for the harm caused by 3M and their defective earplugs. Complete the CONTACT FORM ON THIS PAGE NOW or CALL at 405-657-2323 for a free confidential case evaluation. Founder John P. Cannon has been recognized as a Super Lawyer and Top 40 under 40 and we will use our experience to fight for you. We do not charge anything for our services, unless you are compensated. 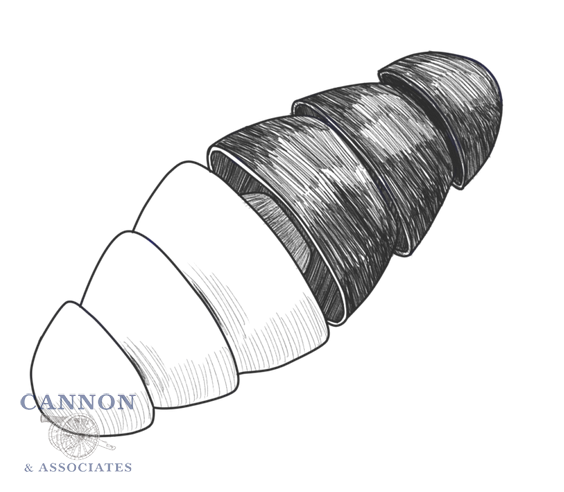 Is there a 3M Earplug Class-Action Lawsuit?

No, there is not a class-action lawsuit against 3M for defective combat earplugs. In order for a class-action to be formed each plaintiff must have been harmed in the exact same way by a defendant or group of defendants actions. Although 3M’s negligence is the same in each case, the defective earplugs caused harm in a variety of ways.

Cannon & Associates has taken cases and joined the Multi-District Litigation in federal court in Florida to hold 3M accountable for harming veterans by producing defective earplugs. We are actively fighting for each client’s claim and will fight for you.

Should I just file a lawsuit?

You should speak with an experienced plaintiff attorney prior to filing a lawsuit against 3M. As stated above, a Multi-District Litigation is ongoing in federal court in Florida to address the defective earplugs. As all current 3M earplug lawsuits are being conducted as Mass Tort; you will need to show exactly how you were injured by the combat earplugs. Your complete record of military and civilian medical records and legal documents to support your claim.

Some veterans may want to handle their case on their own; however, the process in mass-torts, specifically the 3M combat earplugs lawsuit, is complex and involves constant vigilance to ensure every deadline and requirement in your case is met. Cannon & Associates is dedicated to this cause and will help you seek compensation for your permanent hearing loss.

What is the Statute of Limitations for 3M Claims?

Litigation has been pending for some time and your time to seek compensation for hearing loss from defective 3M earplugs may be closing soon. In most states a two-year time limit applies to file a suit against 3M for your earplug claim. However, in some states you may only have one year as the statute of limitations is a state law issue. The statute of limitations typically begins when you discover or “should have discovered” you were injured by a product. It is important to seek compensation as soon as possible as time is limited to file a claim.

What compensation is available for 3M earplug lawsuit?

You are entitled to compensation, if your hearing was damages or lost due to 3M combat earplugs. 3M was fully aware of the lack of decibel protection in the combat earplugs; however, they continued to produce this dangerous product. You should expect compensation for all or some of the following when you prevail against 3M:

How do I know if I’m eligible for compensation in 3M Combat Earplug Lawsuit?

You should contact our Firm for a free case evaluation if you believe you may be eligible for compensation in the 3M dual-ended Combat Earplug Lawsuit. We will perform all the work to seek compensation in your case, if you qualify and the statute of limitations has not run out on your claim. In order to qualify as a plaintiff in the 3M earplug Multi-District Litigation, you must meet the following criteria:

The entire team at Cannon & Associates are Fierce Advocates for the victims of 3M combat earplugs. We work on a strict contingency-fee basis in this matter, which mean you have NO ATTORNEY FEES, unless we obtain compensation in your hearing loss case.

What are 3M Dual-Ended Combat Earplugs?

The U.S. military needed hearing protection that blocked all types of noise, while balancing service members’ need to communicate in the battlefield environment. The 3M earplugs were designed to provide this protection, while still allowing for communication. Ear earplug had two sides; one that would block all sound and the other that protected the wearer from battlefield noise and explosions, while still allowing for communication.

What exactly was defective?

The fit of the earplugs caused hearing damage in many as the design was too short to maintain a proper seal in the ear. When soldiers encountered explosions the damaging noise would make its way around the earplug and damage the service member’s hearing by penetrating the ear canal with full force.

Hearing loss has a range, as many injuries do. Someone with severe hearing loss will face greater challenges than a service member with mild hearing loss. The range of symptoms faced by those that suffered hearing loss by the use of defective 3M earplugs include at least the following:

Tinnitus is the perfection of ringing in the ears, which sometimes comes and goes. In some cases, tinnitus may be permanent or continuous. The symptoms of Tinnitus include:

How did the 3M earplug pass safety tests?

The government has thousands of products that are produced by private companies for government use. When a governmental contract is awarded to a producer or service provider, specific requirements for production, including limits on deficiencies are including. The product is required to be tested to ensure it meets safety protocols; however, the company that tested the 3M combat earplugs was negligent. Aearo, the company that originally manufactured the 3M combat earplugs tested the product; however, they were only able to reach the desired protection from decibels by folding the earplug prior to insertion, which was not part of the instructions provided to the military.

Experience matters when you have been injured as a result of the negligence of someone or a faulty product in Oklahoma, specifically the 3M earplugs. John Cannon, owner of Cannon & Associates is a Fierce Advocate for service members and will fight for you. He has been recognized as a Super Lawyer and Top 40 under 40. Contact Cannon & Associates to protect your rights and fight your 3M dual-ended Combat Earplug lawsuit. Complete the CONTACT FORM ON THIS PAGE NOW or CALL at 405-657-2323 for a free confidential case evaluation.