CANNON & ASSOCIATES works with individuals injured in a wide range of accidents across Oklahoma. You need experienced and effective legal representation to Fight for Your Rights, if you have been injured, or been the victim of a crime or assault in Oklahoma. Contact Cannon & Associates to protect your rights and fight for compensation in your car accident case in Oklahoma. Complete the CONTACT FORM ON THIS PAGE NOW or CALL at 1(405) 369-5267 for a free confidential case evaluation.

Sexual Assault: Sexual assault is the sexual contact or behavior that occurs without explicit consent of the victim. It includes, but is not limited to, rape, fondling, unwanted sexual touching, and forcing a victim to perform sexual acts. Sexual Harassment: Sexual harassment occurs generally in the form of sexual advances, such as: requests for sexual favors, vulgar language, inappropriate gestures and jokes, and displaying offensive pictures.

Singular Incidents: Singular incidents can be grounds for a sexual assault. If the offense is deemed as petty or an annoyance, it may not rise to the degree of legality that would be brought to a court. However, there are many circumstances in which a one-time incident will constitute a sexual assault.

A sexual assault can occur anywhere, and with anyone: there are no limitations to where or who it would be deemed acceptable. Common places of sexual assault occur in the workplace and at home. Other places that sexual assaults can occur are in schools, churches, and camps, they can also occur in remote places and places where the victim and perpetrator are alone.

No, federal law does not allow an employer to retaliate against an employee who files a claim for sexual assault or harassment.
Relation in the workplace occurs when an employer punishes an employee for engaging in a protected activity or reporting an illegal activity, i.e. being sexually assaulted by a co-worker. Retaliation can include negative job placement, demotions, discipline, being fired, reductions in salary, or little acts that negatively impact the employee, i.e. poor work assignments or missing out on otherwise available opportunities.
Anyone can be a perpetrator of sexual assault. They may be total strangers, but a majority of sexual assaults occur between people who know each other. They can even be friends, family, teachers, coaches, community leaders, spouses, or parents.Additionally, not all sexual assault victims are female—a male can also be the victim of sexual assault and has all of the same rights as a woman in the court system.
Consent must be a voluntary, sober, informed, mutual and verbal agreement.
Consent cannot be coerced and must be present at each step of sexual encounters.
Consent is not automatic once someone is in a relationship—all parties must still have consent for every sexual encounter.
It is never assumed or implied, especially not by the clothes that the victim were wearing.
In the case of alcohol, a person who is intoxicated cannot legally consent.
A person under the age of 16 years cannot legally consent to sex with another person.
There is also no requirement that the victim fight back against the perpetrator.
Even if the perpetrator is found not guilty in a criminal case, the victim may still seek a civil action against them: this means that even if a person is found criminally innocent of the assault, they can still be found guilty in a civil court. This occurs because criminal and civil courts are separate, and the burden of proof is lower in civil courts. While a defendant in a criminal proceeding must be guilty beyond a reasonable doubt (meaning the jury must be certain the defendant is guilty), in a civil proceeding there must only be a preponderance of evidence. This means that, in order to be found guilty, the perpetrator is found more likely to be guilty than innocent.While criminal claims hold the perpetrator accountable for their actions, civil claims allow the victim to be compensated for the victim’s harms. Criminal courts do not address things such as medical costs, pain and suffering, treatments, emotional rehabilitation. In a civil case, however, the victim can seek damages to address these needs.
It is common for victims of sexual assault to bring civil lawsuits against the perpetrator.  Typically, the civil claims that are brought as assault and battery, and intentional infliction of emotional distress.
An assault is the attempt or threat to inflict offensive physical contact or bodily harm on another person, which puts them in immediate danger of or in apprehension of that harm. Examples of assault include:
A battery is a completed assault. It is the unlawful physical contact with another person so has not consented to that contact. While assault only requires the threat of physical contact, battery requires that physical contact actually happens. Examples of battery include:
The law does not just recognize physical harm, but emotional harm as well. Intentional infliction of emotional distress occurs when the perpetrator recklessly or intentionally acted in an extreme or outrageous way that actually caused the victim severe emotional distress.
Civil claims are related to the victim’s injuries, not just the guilt of the perpetrator. Victims can sue for the physical and emotional harm that arises from the assault and receive monetary damages from the lawsuit if they win. A victim may be compensated for psychological trauma, emotional counseling after the assault, medical treatments, loss of employment or wages, and any other damages that have resulted from the assault.
Marital assets are not always split evenly in Oklahoma. Our state is an equitable distribution state, which means the marital assets should be divided fairly. Family law judges in Oklahoma use their discretion to divide marital property, unless you and your family law attorney can reach an agreement with your spouse.
The lawyers at Cannon & Associates are FIERCE ADVOCATES that will believe you and fight for you. If you believe you have been the victim of a sexual assault, Cannon & Associates is here to listen and help you navigate your claim from start to finish. Please contact us for a judgment-free consultation.
The likelihood of success in any sexual assault case depends on the facts and your ability to present them in the light most favorable to your case. An experienced sexual assault plaintiff attorney can give insight into every aspect of your sexual assault case and the likely outcomes at each point in the process.Most importantly, an experienced sexual assault attorney will be with you every step of the way to guide your case and make the best arguments to increase your chances for a favorable settlement or judgment. Each step of your case that you make the right calculated decision will increase your likelihood of success.Finally, if you must decide to litigate your sexual assault claim, you would be held to the same standards as an attorney if you presented your sexual assault case without an attorney. Experience matters when you are facing experienced sexual assault or employment defense firms. 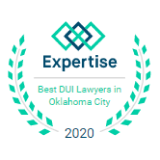 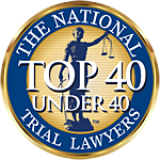