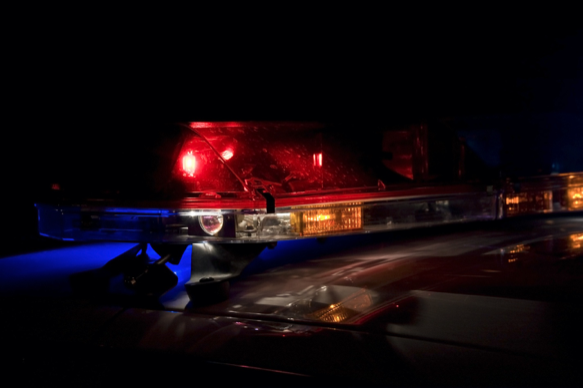 What Happens When You Get A DUI for The First-Time in Oklahoma?

First-time DUI offenders in many states across the United States see this offense as one that should earn them a slap on the wrist at most. However, for Oklahoma residents, the reality is starkly different. It is not uncommon for first-time DUI offenders in Oklahoma to serve jail time, however, this penalty depends on the facts of the case.  The events that come after a first-time DUI arrest are best understood when you are familiar with the state’s laws regarding DUI.

Oklahoma DUI offenders will face either of these three charges;

– Operating a vehicle with a blood alcohol concentration that is higher or equal to 0.08%

– Operating a vehicle with any amount of a schedule I controlled substance in the body system; or

– Operating a vehicle under the influence of drugs or alcohol so much that the driver cannot observe road safety rules.

In Oklahoma, to get a conviction against a first-time DUI offender, the prosecutor is required to prove the defendant is guilty of one of these three DUI allegations. In most cases, the prosecutor may build his or her case around the blood alcohol content (“BAC”), which is higher than the legal limit at the time of the arrest. Added to the BAC, the prosecutor may also enlist the arresting officer as a witness in the case. The arresting officer’s testimony regarding admissions made, behavior at the time of arrest, and presence of alcohol in the vehicle during an arrest can negatively impact your DUI defense. DUI prosecutors often try to strengthen the case against you for DUI by presenting Field Sobriety Tests, breathalyzer tests, and photographic or video evidence of DUI as well.

Oklahoma remains one of the strictest states regarding its DUI laws. DUI is considered a threat to the safety of both the driver and others on the road. Based on this, Oklahoma’s DUI laws provide that all drivers have relinquished their right to object to a DUI test. This means that all drivers, by operating a vehicle, have given consent to have their blood, saliva, urine, and breath sample tested for alcohol or other substances. Drivers who refuse to be tested will face tough consequences.

In fact, refusal to submit to the state’s test can be used to support consciousness of guilt. Although the prosecutor must prove that you are in fact guilty of DUI, he or she can support a conviction by showing you refused to take the test as you knew you would not pass. Your DUI defense attorney can use tactics to defend or refute this allegation; however, the prosecutor is entitled to a DUI jury instruction on consciousness of guilt, if you refuse the state’s test.

Penalties for A First-Time DUI Offense

First-time DUI offenders in Oklahoma face a minimum of 10 days jail and up to one year in jail if convicted of DUI. The defendant, however, stands a chance of facing stricter punishments based on the facts of the case, like a high BAC or failure to submit to a BAC test.

First-time DUI offenders may face between 10 days and 1-year jail term, depending on aggravating factors. The defendant also faces a fine ranging between $500 and $1,000, and a driver’s license suspension ranging anywhere between 30 and 180 days. Additionally, DUI in Oklahoma is a predicate offense crime, meaning, if you are charged with a second or subsequent DUI offense that is within ten years of your first offense, you may be charged with felony DUI.

Defendants who register a high BAC at the time of arrest may face tougher penalties including lengthier license suspensions, higher fines, extended installation of an ignition interlock device on their vehicle, and substantial terms of probation. The interlock device requires DUI defendants to measure their BAC by blowing into it before starting the engine. Depending on the judge, anyone convicted of a DUI offense may be ordered to take a mandatory substance abuse treatment and attended NA/AA meetings and a Victim Impact Panel.

The consequences of a DUI conviction, even as a first-time offender, can be severe. At Cannon & Associates, our Fierce Advocates have the experience and expertise needed to represent you and your loved ones in every type of DUI offense in Oklahoma.

Contact Cannon & Associates by completing the CONTACT FORM ON THIS PAGE NOW or CALL at 405-657-2323 for a free confidential case evaluation.