From an Expert's perspective.
I recently completed a criminal trial in which I served as an expert consultant and witness, and Mr. Cannon was the lead attorney for the defense. I was impressed with his strategy and behavior both in and outside of the courtroom. He is thoughtful, well versed in the law, and commands a presence in court. He is clearly committed to providing the best possible service to his clients. - Kim Fromme 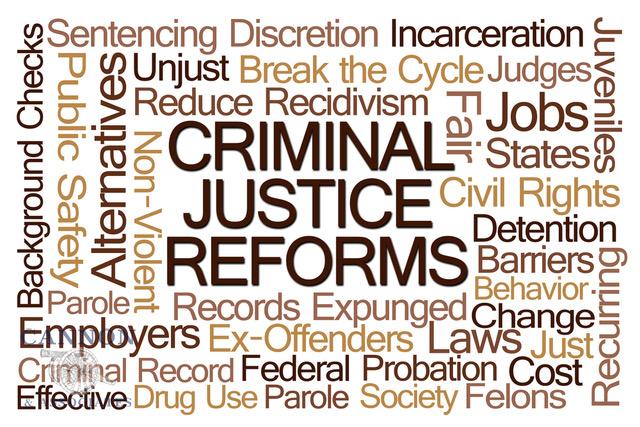 Expungement in Oklahoma is synonymous with having the record “sealed”, not erased. After an Oklahoma expungement action is complete, the records will not be visible to the public; however, law enforcement will still be able to see the record of your criminal case or arrest. A Section 18 expungement, arrest expungement, is the only way to have an arrest record or probable cause filing record sealed. The process will never take place automatically and with the prevalence of OSCN and OCDR, it is a process you should consider for the reasons laid out below.

Who is Eligible for an Arrest Expungement in Oklahoma?

By statute and from our expungement attorneys’ experience, the following circumstances make you eligible to seek an arrest or OKLA. STAT. tit. 22 §18 expungement:

What is the Process to Expunge an Arrest or Charge in Oklahoma?

The first step in seeking an arrest expungement: The first step in seeking an arrest expungement is to get a copy of your criminal background report from OSBI. Our office is in regular communication with OSBI and can take this initial step for you or you can fill out the OSBI Criminal History Report Request and return it to their office by hand, mail, or fax. The report costs $15.00. You can obtain a copy of the form by visiting our resource section, which has a link to the OSBI form.

Within the 30 days between the hearing date being scheduled and the actual hearing, your expungement attorney will seek the agreement of all parties to an Order for expungement, i.e. the District Attorney, arresting agency/police department, OSBI, and other interested parties. The order can be signed and filed without the necessity of a contested hearing, if your expungement attorney is able to obtain the agreement of all interested parties.

At the contested hearing or upon the signature of all interested parties, the judge will determine, if your proposed expungement order will be signed, granted, or not signed, denied. If a contested hearing is held, you will be asked questions by the assigned judge. The judge will seek input from your attorney and the other parties that appear to contest the expungement and will decide to seal all, some, or none of the records. Additionally, the judge can limit the access to your records

. Your expungement attorney should advocate that a harm to your privacy and other dangers warrant the sealing of the records and those interests outweigh the public interest. The court has the authority to limit access to the record or seal them completely, if the court finds any other action would not serve the ends of justice.

How Long does an Arrest Expungement Take in Oklahoma?

What can I do, if I’m Not Eligible for an Arrest Expungement in Oklahoma?

In most instances, you can simply wait until you become eligible for expungement. As stated above, many categories of arrest expungements simply require the necessary time frame to run prior to obtaining an expungement:

What Happens After my Arrest or Conviction is Expunged?

Once a Section 18 expungement is entered your arrest and/or conviction will be sealed by OSBI and the district court clerk. Anyone, including employers that seek information from OSBI will receive a notice that no records exist when OSBI sends a return.

Records sealed by a OKLA. STAT. tit. 22 § 19 expungement may be unsealed upon a successful petition by OSBI, the prosecution office, or arresting agency, if the Court enters an Order unsealing the expungement; however, you would have an opportunity to appear and contest these orders as well.

What are your Rights After your Expungement?

With very few exceptions, you do not have to admit to having had an arrest or criminal case expunged after the fact. The law governing what you can and cannot deny having your record expunged is contained in the section following Section 18 expungements, OKLA. STAT. tit. 22 §19. You cannot be denied a job or application for a lease or mortgage based on an expunged case. Additionally, you will not be required to include an expunged arrest on a Self-Defense Application.

Under Oklahoma law, once the order to seal the records has been entered, it is deemed the action never occurred, except for prosecution, law enforcement, and a very few other circumstances. The following entities cannot require your disclosure of sealed expunged records:

It is important to remember that the Oklahoma expungement statutes have authority over Oklahoma state officials/agencies and municipal or other officials/agencies within the confines or authority of the state of Oklahoma, i.e. NOT the federal government, which is not subject ot Oklahoma law. The federal government has authority based on federal law and federal administrative authority, not state law. Therefore, Oklahoma expungement laws do not bind federal agencies, including the military.

Are Any Records not Expungable in Oklahoma?

Physical evidence is not required to be destroyed under any of the Oklahoma expungement statutes. Therefore, OSBI can and does maintain fingerprint cards after expungements are granted. Public records of events are not expunged either. Therefore, if a news story was done

about your arrest or criminal charge, it will still be available to the public. However, most people’s arrests are not news-worthy fortunately.

Do I need an Expungement Attorney?

It is possible to seek and obtain an expungement without an experienced criminal defense attorney; however, it is a complicated process and you are held to the standard of all parties to correctly process an expungement petition. A simple analogy is this, it is possible to build a house with the proper supplies and enough research; however, the pain of going through that process typically warrants hiring an expert builder. Hiring an experienced expungement attorney is an investment in your future and will help you navigate the complex process of seeking an expungement.

Contact Cannon & Associates Law Firm in Edmond for your expungement. Our attorneys are Fierce Advocates for every client and will use our experience and respected reputation to do everything possible to reach the best possible outcome in your case.

Contact Cannon & Associates now if you are interested in an expungement in Oklahoma. Cannon & Associates has an outstanding record of reaching the best possible outcome for hundreds of clients evidenced by John receiving the highest possible AVVO rating – 10 (superb) and being identified as a Super Lawyer. Call our office at (405) 657-2323 or Fill out the Form on this PAGE NOW for a free confidential case evaluation.