I have worked with numerous attorneys over the past 20 years and John is one if the best! He’s very dedicated to his clients and pays great attention to every detail. If you are in need of an attorney definitely give John Cannon a call. You’ll be glad you did! – Angelia Clark

CANNON & ASSOCIATES is dedicated to Fierce Advocacy for those facing Criminal Charges or Prosecution in Oklahoma. It is crucial you contact an experienced Oklahoma Criminal Defense Attorney, if you are facing criminal charges. This page is an overview of the Delayed Sentencing Program for young adults in Oklahoma, as well as the Regimented Inmate Discipline program, a.k.a. RID. 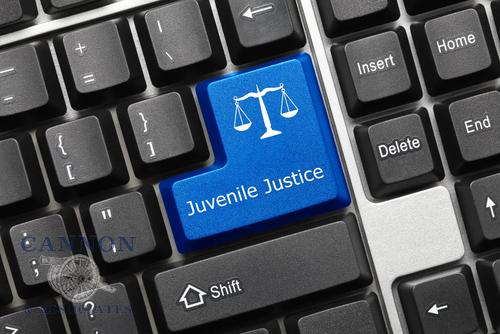 The Delayed Sentencing Program or RID is detailed in Oklahoma criminal statutes at OKLA. STAT. tit. 22 §§ 996 to 996.3. The rules and policies of the program are contained in Section 996.3, which is available here online. This program is designed for young adults that do not classify as juveniles or youthful offenders.

ELIGIBILITY FOR DELAYED SENTENCING OR RID

In order to be eligible for the Delayed Sentencing Program or RID, an offender must be between the age of eighteen (18) and twenty-one (21) on the date:

In short, in order to participate in the Oklahoma Delayed Sentencing Program an offender must plea before the age of twenty-two (22). Additionally, the offender may not be convicted of any violent crimes. The complete list of violent crimes, drug crimes, and sex crimes that prohibit participation in RID is as follows:

WHAT HAPPENS DURING DELAYED SENTENCING OR RID?

RID, similar to military boot camp, in that it is an intensive program with limited freedom, many rules, and physical activity. The program can be completed in six months; however, it often takes up to one year to complete. When an offender enters a plea to participate in the delayed sentencing program; his or her sentencing is “delayed” and will be affected by his or her performance in the program. Violations of the terms or rules during delayed sentencing may result in being terminated from the program or receiving a harsher sentence by the Court.

The Oklahoma Department of Corrections tracks the conduct and misconduct of every participant and presents a Pre-Sentence Report (PSI) to the Court or considering at sentencing. The PSI will recommend a probation plan for the offender, including treatment, drug rehabilitation or drug treatment, restitution, education or vocational training, and other programs that address the identified needs of the offender.

A recommendation of confinement must be supported by proof that no alternative means can address the needs of a Delayed Sentence Offender and may be contested by your Criminal Defense Attorney.

WHAT HAPPENS AFTER DELAYED SENTENCING OR RID?

The Court either following argument of your Criminal Defense Attorney or by agreement of the parties, will do one of the following pursuant to OKLA. STAT. tit. 21 §§ 996.1 and 996.3:

Facing serious felony charges in Oklahoma is stressful enough; however, adding the factor of being a young adult in this situation is even more difficult. Fortunately, the legislature has created an opportunity for young adults to avoid prison or jail time by participation in Delayed Sentencing. Although the program is difficult as it sounds, it is an opportunity to avoid jail and a felony conviction.  You should contact an experienced criminal defense attorney as early as possible in your criminal case, especially if you or a loved one is a young adult. It is my hope this page has educated you on major issues in state court felony criminal proceedings for young adults that are eligible for Delayed Sentencing.

Experience matters when your freedom or the freedom of a loved one is at issue. It is important to know the attorney you hire is a FIERCE ADVOCATE and has experience defending criminal cases. John Cannon, owner of CANNON & ASSOCIATES, PLLC, will personally work along-side you during the entire process. John has been honored by being identified as a Super Lawyers Rising Star and Top 40 under 40 in Criminal Defense by the National Trial Lawyers Association. John has the experience you need and will bring it to bear in your case.

Additionally, he has an outstanding record of reaching the best possible outcome for hundreds of clients accused of the wide variety of criminal charges, evidenced by receiving the highest possible AVVO rating – 10 (superb). Contact CANNON & ASSOCIATES to protect your freedom and fight your case. You may send an email inquiry, complete the contact form on our website, or call at 1(405) 657-2323 for a free consultation.