John Cannon is the best attorney I know. If you get in trouble he is the one to go to for help. – Andrew nails

Cannon & Associates is dedicated to Fierce Advocacy for clients facing criminal charges in Oklahoma, including the most violent and serious offenses. John Cannon is a former prosecutor with experience on both sides of the most serious crimes in Oklahoma. 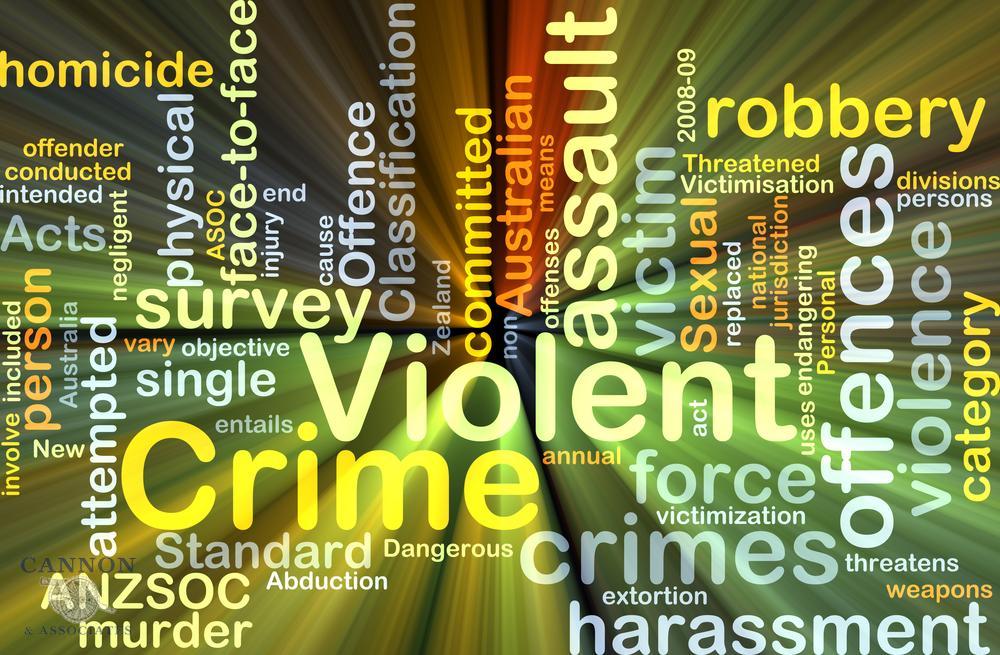 What is the definition of a Violent Crime in Oklahoma?

Not all “Violent Crimes” in Oklahoma require actual violence by one person against another, i.e. sabotage, extortion, or arson; however, the vast majority of violent crimes in Oklahoma are what one would expect; violent criminal acts. The “Violent Crimes” in Oklahoma are some of the most harshly penalized criminal offenses in Oklahoma. This is due to the perceived impact or violence these offenses often cause against victims. Some violent crimes in Oklahoma include causing serious bodily harm or even death to a victim. There is a stigma that comes with being accused on any of these offenses and it is essential to form a strong defense as the prosecution will certain take these charges very seriously.

Many “Violent Crimes” in Oklahoma are subject to the 85% Crimes List, which means a conviction would require serving 85 percent of a sentence before being released from prison or becoming eligible for parole.

What are the Violent Crimes in Oklahoma?

The offenses listed in the Violent Crimes Statute (OKLA. STAT. tit. 57 §571) prohibit an offender from receiving credits in prison beyond 44 days credit per month. Individuals sentenced to prison in Oklahoma for nonviolent offenses only can receive 60 days credit per month and some additional credits as well. Although being convicted and sentenced to prison in Oklahoma for a violent crime is not as harsh a sentence as being convicted for an 85% crime, the sentence is still unforgiving and sometimes results in lengthy prison terms. The complete list of “Violent Crimes” in Oklahoma is as follows:

Are all Felonies Violent Crimes in Oklahoma?

No, not all felonies are violent crimes in Oklahoma; however, the reverse is true! All violent crimes are felonies, i.e. no misdemeanor offenses are “Violent crimes”. The complete list above can be found at Oklahoma Statutes Title 57 §571.

Will the prosecutor in my case file the most violent charge possible?

Most likely yes, prosecutors generally file the most serious charge they believe is supported by the evidence available at the time charges are presented; however, that is never a complete story. An experienced criminal defense attorney can both attack and mitigate your case, if you have been charged with a violent crime. All of the above listed offenses have very specific elements that must be met by the prosecutor in order to sustain a conviction or even have you bound over for trial at your preliminary hearing. You can win your case or have charged reduced, if your Oklahoma criminal lawyer can prove a single essential element of any offense cannot be proven by the prosecutor or the evidence.

Due to the lack of information available at the time a filing decision is made by a prosecutor and other reasons; prosecutors often overcharge or charge too serious an offense for a given event. An experience violent crimes defense attorney will investigate your story, research the law, and identify weaknesses in the government’s case to reach the best possible outcome in your case. Many times prosecutors welcome mitigation and explanation of issues in their case from experienced criminal defense attorneys. The prosecutor would prefer your chosen defense attorney expose weaknesses in the case to help you reach a favorable outcome over a not guilty verdict at trial. An event our firm has reached for clients charged with serious crimes time and time again.

Can I be charged with a violent crime for a threat or attempted crime?

Yes, a threat or attempted act of violence is enough for criminal charged to be filed in Oklahoma. Violent crimes and most other offenses have attempt counterparts, also known as “inchoate offenses”. An Inchoate crime or incomplete crime is a crime of preparation or seeking to commit a crime. The most common form of Inchoate crime is “attempt”.  Attempt offenses are covered in Oklahoma Statute Title 21 Section 42, which states, “Every person who attempts to commit any crime, and in such attempt does any act toward the commission of such crime, but fails, or is prevented or intercepted in the perpetration thereof, is punishable, where no provision is made by law for the punishment of such attempt.”

There are few events more serious in a person’s life than being accused or charged with a violent crime. You need a violent crimes criminal defense attorney with experience fighting for clients in similar circumstances that has conduct investigations, preliminary hearings, and jury trials on violent offense. Our firm has handled hundreds of violent crime cases, including jury trials and acquittals for Murder, Rape, Robbery, and more. When your life and freedom are on the line, you need a Fierce Advocate.

The consequences of a conviction for a violent crime in Oklahoma does not stop at a prison sentence; the loss of employment opportunities; the financial strain; and difficult probation terms are just a few of the considerations in felony cases as serious as these. The first step in defending serious charges such as this is hiring a Fierce Advocate that is ready to fight for you.

Experience matters when you are facing violent criminal charges in Oklahoma. It is important to know the Oklahoma violent crimes defense attorney you hire is dedicated to your cause and versed in all aspects of your alleged violent crime defense. John Cannon, owner of Cannon & Associates is a former prosecutor and very experienced in the law and issues associated with violent crimes in Oklahoma. He has faced these cases from both sides of the courtroom and has the experience to defend your case. He will personally represent you and work along-side you during the entire process. He will keep you informed. John has the experience you need and will bring it to bear in your case.

Additionally, John Cannon has an outstanding record of reaching the best possible outcome for hundreds of clients, evidenced by receiving the highest possible AVVO rating – 10 (superb) and being recognized as a Super Lawyer and Top 40 under 40 in criminal defense. Contact Cannon & Associates to protect your rights and Fight your 85% crime case. Complete the CONTACT FORM ON THIS PAGE NOW or CALL at 405-657-2323 for a free confidential case evaluation.