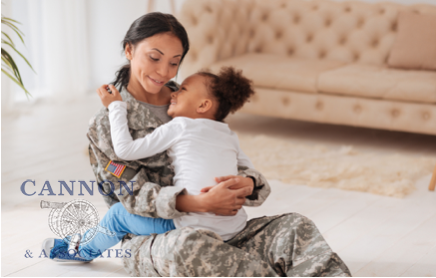 What Benefits are Available After Divorcing my Military Spouse?

When a couple goes through a divorce, each spouse may be entitled to certain benefits that the other receives. This is because the non-divorcing spouse may have relied on the divorcing-spouse’s work or benefits for what they thought would be a lifetime, but now can no longer make a claim.

The military awards employment benefits to its service members and their spouses. When military couples divorce, the courts will award some of those benefits to the former spouse, so long as the non-servicemember spouse protects their interests.

How Does a Legal Separation Impact my Entitlement to Benefits?

Am I Entitled to Military Retirement Benefits After Divorce?

The military has a defined benefit pension plan, where a member who serves twenty years will receive a monthly payment based on their service, highest 36 months of basic pay, i.e. High Three, and retirement multiplier.

Since these retirement plans have, in most cases, hundred of thousands of dollars, the military retirement benefits can be the most valuable asset the spouses have accumulated during their marriage. Even if the parties were not married for the entire period of service, these benefits can be split between the couple upon divorce, however the payments will not commence until the service member actually retires from the military and receives their military retirement, and if the spouses have at least 10 years of marriage overlapping the time of military service, DFAS will pay the former spouse’s share directly to that former spouse.

What is a Survivor Benefit Plan?

Military retired pay stops upon death of the retiree. The SBP allows a retiree to ensure, after death, a continuous lifetime annuity for their dependents. The annuity is called an SBP and is paid to that beneficiary. It pays the eligible survivors a monthly income, adjusted by inflation.

Upon retiring, a military retiree pays premiums for SBP coverage. They don’t count as income because premiums are paid from gross retired pay, which means less tax and out-of-pocket costs for SBP.

The Maximum SBP annuity for a spouse is based on 55 percent of the member’s retired pay, but a smaller amount may be selected. Children may also be SBP beneficiaries independently or in addition to the spouse. If they are beneficiaries in addition to the spouse, they receive benefits only if the spouse dies or otherwise becomes ineligible for the benefits. You must secure your SBP assets, if you are the spouse of the service member shortly after your military divorce or the interest will be lost forever.

What is a Thrift Savings Plan?

A Thrift Savings Plan is a defined contribution plan similar to a 401K or military IRA. The TSP will match funds from the military and partially replace some of the value of the traditional military pension. Service members can contribute up to 7% of their base pay to the TSP, and the government will contribute a up to 5%.

The TSP is devisable during a divorce or a legal separation, and the former spouse can rollover his or her share into the qualifying account.

What are VA Disability Payments?

To the extent that there is a VA waiver against the retirement in effect, the VA disability payments can be garnished to pay child or spousal support.

What Military Medical Benefits are Available After Divorce?

What is a Continued Health Care Benefit Program?

Once two parties divorce, the ex-spouse is entitled to three years of the Continued Health Care Benefit Program (CHCBP). This plan is a premium based plan which gives temporary coverage while you lose eligibility for Tricare. It assists in the period of time that a person transitions between military health benefits and civilian health plans.

The conditions to receive CHCBP are: (1) the spouse must remain unmarried, and (2) was also awarded a share of the military retirement or SBP, the former spouse may remain on CHCBP for life. It may, however, be more cost-effective to buy a health policy on the ACA health care exchange.

The 20/20/20 benefits is the only way that a former military spouse will be entitled to Tricare healthcare benefits for a long-term period. The 20/20/20 rule means the military couple were married for 20 years, the military member served for 20 years, and there was 20 years of overlap. The non-service member may be entitled to Tricare health benefits, if the spouse remains unmarried. Tricare will entitle the non-service member former spouse to medical care, commissary and exchange access on military bases.

If the parties were married for 20 years, the member served for 20 years, and there were 15 years of overlap, the former spouse is entitled to one year of Tricare health benefits. This may seem harsh; however, it is important to remember this fact in your military divorce. You may want to seek other forms of compensation, if you will only receive one year of Tricare health benefits.

The Post-9/11 GI bill is a valuable military benefit that is awarded to service members who enlisted after 9/11. This Bill pays tuition, monthly housing, allowance, and a book stipend. The value of a GI bill is over $150,000 over the period of a 4-year college degree. This benefit can be used by the service member or the member’s spouse or children.

The GI Bill benefits can partially count as income for the service member or beneficiary when they are calculating maintenance and child support. The tuition assistance and book stipends are not counted as income, but the monthly stipend is. Again, this military benefit is under the control of the service member, unless specifically stated in the Decree and protected through the correct channels.

The simply answer is you are not entitled to continued military house after divorce from a service member. Non-service member former spouses and family members may only live in military housing while the couple is married. Once the military divorce is final, they will have 30 days to depart the housing if the military member is in the Army, Air Force, or Navy.

BAH is the Basic Allowance for Housing, which is determined by the member’s pay grade, duty station, and whether the member has any dependents. Each branch of the military has a requirement the military member pay the separated-spouse a monthly amount to live on, pending a civilian court order to the contrary.

Upon a military divorce, the BAH payments stops unless there is a court order to the contrary. Whatever the domestic relations judge has ordered at that time for spousal and child support is owing. While BAH counts as income to the military member, the spouse is not entitled to BAH, which is why it is so important to ensure the divorce decree in your case protects your interests and the agreement you reached with the other party in your military divorce.

Military ID or Common Access Card (CAC) Card are usually not issued to dependent children under 10 years old, but there is an exception to this rule in the case of a military divorce. Children who do not live with the service member are issued an ID card by applying for one by completing a DD Form 1172-2 Form. Since the child will have a military ID, the non-military parent with the child may also access military installations.

Contact Cannon & Associates to protect your interests and fight for your Oklahoma military divorce case. Complete the CONTACT FORM ON THIS PAGE NOW or CALL at 405-657-2323 for a free confidential case evaluation.