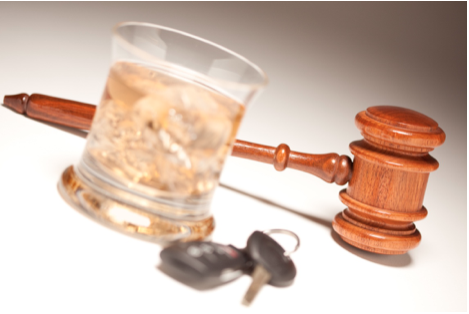 Will I Go to Jail for My DUI in Oklahoma?How to Avoid Jail on DUI Arrest in Oklahoma

Drunk driving is a crime across the United States. While state laws may differ, the consequences of a DUI are similar in most states. A DUI case becomes more serious when the life of uninvolved motorists are put in jeopardy or even worse if an injury accident or death results from drunk driving. Oklahoma DUI offenses come in a number of shapes and sizes, ranging from first-time misdemeanor DUI offenses to felony DUI or vehicular homicides related to a DUI accident.

After a DUI arrest in made in Oklahoma, it is common for criminal defendants to sober up, and along with this comes a ton of questions including what their fate will be in the coming days. One of the toughest pills to swallow is an Oklahoma DUI conviction and so, naturally, the question of whether you will have to serve jail time comes to mind.

It is important to note all DUI convictions, whether a first-time offense or subsequent offenses, carry the possibility of jail time as part of its penalty, the difference, however, is in the length of the jail sentence.

Although the possibility of avoiding jail on a felony DUI may appear low, there are steps you can take to reduce the chance of jail or prison time on any Oklahoma DUI offense.

While hiring an Oklahoma DUI attorney is a great start towards achieving the goal of escaping jail, you must know that the outcome of your defense is in the hands of the judge. The chances an Oklahoma DUI convict, especially a first-time offender, will spend time in jail depends on the final ruling of the judge presiding over the case. However, working with an experienced Oklahoma City DUI attorney can open up multiple options or outcomes to help you avoid jail time.

The defendant’s Oklahoma City DUI lawyer can exhaust all of the legal options available towards achieving the goal but the decision of the judge is final. If the judge considers the defendant’s counsel and his or her argument against jail term, then an alternative sentence may be issued. Several alternative sentences can be considered in place of jail time and many of these Oklahoma DUI consequences can be avoided by Fierce Advocacy and your DUI lawyer seeing a resolution with the prosecutor on your DUI case. Some of the alternatives to jail time on an Oklahoma DUI case, include:

DUI Probation is an alternative that gives you the opportunity to avoid any jail time on your DUI offense, if you are successful on probation. If your Oklahoma City DUI lawyer has been able to prove to the prosecutor and the judge that you are remorseful for your actions and will refrain from further DUI offenses, the judge and prosecutor may agree to order probation in place of jail time.

During your DUI probation period, you will be released from police custody and will have the freedom to go about your life; however, you will be under the supervision of a probation officer who will decide whether you are following the specific rules that have been laid out for the duration of the probation.

The typical terms of probation on a DUI offense include some or all of the following:

The benefits of probation may be removed, if you fail to comply with the conditions of your probation. When the prosecutor or probation office allege to the Court that you have violated the conditions of your DUI probation, a hearing will be set and the Court will decide to take away / revoke your DUI probation or allow you to remain on DUI probation. An experienced Oklahoma City DUI attorney can assist you in avoiding this negative outcome; however, the final decision is in the judge’s hands on your Oklahoma DUI.

One alternative to jail time that is more serious than probation is DUI house arrest. If ordered to DUI house arrest you will be required to confine yourself within your residence and wear a GPS ankle monitor to ensure you remain in your home for the duration of your DUI house arrest probation.

DUI probation often includes the requirement to compete community service hours. You may be presented with a wide variety of options, if you are required to complete community service. These options may include manual labor or office work; however, an experienced Oklahoma City DUI attorney can assist you in seeking to reduce your DUI community service obligation and also make it more manageable with your school or work schedule.

Many patient services exist to help address issues that may lead to a DUI arrest. These alternatives include in-patient and out-patient treatment options to help you avoid a conviction and/or jail time. The duration of these programs can differ widely; however, with the assistance of an experienced Oklahoma City DUI attorney, you may be able to identify and complete a program prior to resolution of your Oklahoma City DUI offense. Completing any DUI treatment or alcohol treatment, especially in-patient or out-patient, prior to the resolution of your Oklahoma DUI offense will increase the chance of your Oklahoma City DUI attorney being able to reach the best outcome possible for your DUI case. Treatment options for a DUI or alcohol related offense may be difficult; however, these options are far better than jail or prison time.

Many district courts in Oklahoma offer DUI Court or DUI/Drug Court as an alternative to jail or prison time on a DUI offense. These programs involve supervised probation and appearances before the DUI Court judge to ensure you are complying with the requirements of the DUI Court program. Although more intensive than DUI probation, these programs offer an opportunity to remain out of jail or out of custody in exchange for compliance with the DUI Court program. Your Oklahoma City DUI attorney should explore these options on your behalf, if you have a history of DUI offenses or are charged with a felony DUI in Oklahoma.

Victim Impact Panel with Mothers Against Drunk Driving (MADD) is an in person or online seminar that DUI offenders are required to complete upon admission into any DUI probation program. However, our Oklahoma City DUI attorneys recommend completion of this program and other conditions of probation prior to sentencing as the court and prosecutors look very favorably on DUI defendants that complete terms of probation before resolving a DUI case. During the Victim Impact Panel, you will hear from speakers that are victims of DUI accidents as well as survivors and family of loved ones that experienced serious injury or fatality DUI accidents. These meetings last roughly 3 hours and are desired as a “scared straight approach” to DUI offenders.

The Fierce Advocates at Cannon & Associates, have the experience you need to represent you and your loved ones in any Oklahoma DUI offense. We have successfully handled several cases in the past for clients facing every type of DUI offense, from first offense DUI or APC to vehicular manslaughter DUI or Felony DUI. Contact Cannon & Associates by completing the CONTACT FORM ON THIS PAGE NOW or CALL at 405-657-2323 for a free confidential case strategy meeting.