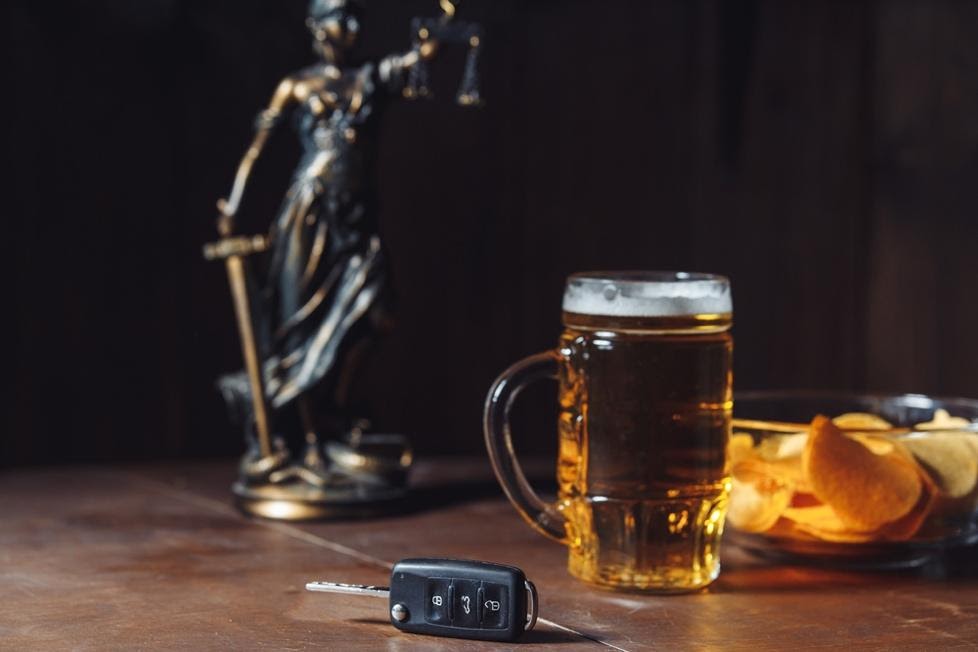 Your criminal DUI case will be handled in court before a judge. Your criminal case can be resolved by your DUI defense attorney reaching an agreement with the prosecutor or by fighting your charges in a criminal jury trial for DUI. Your second case is a civil matter, which is against the Oklahoma Department of Public Safety (DPS) concerning your driver’s license. You have a limited period of time to contact DPS and request to participate in the IDAP program or file a district court appeal (“DCA”) concerning your initial revocation, which automatically takes place upon your arrest for DUI. Otherwise, you will forfeit your opportunity to participate in the IDAP program or file a DCA to contest your driver’s license revocation.

The criminal case concerning your DUI in Oklahoma is in line with the common concept of a criminal case, i.e. you and your Oklahoma DUI attorney will appear in court and face your criminal charges. The criminal process for your DUI case begins with initially appearing for your arraignment. At arraignment, the judge will advise you of the charged filed against you, likely consisting of driving under the influence of alcohol and potentially other charges including traffic violations, transporting an open container of alcohol, and other offenses that may be related to a DUI. Your Oklahoma DUI defense attorney will enter a plea of not guilty on your behalf and your case will be set for disposition before the assigned judge. You may or may not have to appear at arraignment, depending on the court your DUI is pending in.

After arraignment on your DUI, you and your DUI defense attorney will appear before the Court and can begin negotiating your case with the prosecutor. Your DUI defense team can assist you in obtaining the best deal possible on your criminal DUI case to avoid jail time and a conviction or you may contest your DUI case. Our Fierce Advocates will obtain all available evidence and review the same with you to determine whether or not you can be successful in fighting your DUI criminal case or whether you should seek an agreed resolution in your case.

For felony DUI offenses, you are entitled to a preliminary hearing. Felony preliminary hearings are used to determine whether or not the government can present probable cause evidence that you committed a felony DUI. Additionally, you can contest the traffic stop in your felony DUI case, which the court will consider and decide whether or not there was probable cause to stop you in the first place. In many cases, when you exercise your right to a preliminary hearing in a felony DUI or any felony case for that matter the prosecutor will withdraw the recommendation / offer and you will likely have to go to trial or start negotiations over again.

The majority of DUI cases in Oklahoma are resolved by some form of plea agreement, following plea negotiations with the prosecutor. Plea bargaining in DUI cases consists of the prosecutor making an initial offer or recommendation in your DUI, which your Oklahoma DUI defense attorney will counter with mitigation and extenuation from your life to seek lighter sentence or easier probation terms. The majority of plea bargains of DUI cases can avoid jail time all together with competent DUI defense counsel on your side. The following two types of probation are the most common outcomes and both allow you to avoid jail time or prison:

DUI Suspended Sentence: when you receive a suspended sentence on your DUI case, sentencing is complete; however, a jail or prison term is “suspended” pending your successful completion of terms of probation. This sentence is a conviction on your DUI misdemeanor or felony DUI offense. Your driving privileges may be revoked in the DPS Civil Case (discussed below), if you receive a conviction / suspended sentence in your DUI criminal case.

You will be found not guilty of DUI, if the government fails to meet its burden at jury trial. A DUI jury trial will typically last between two and five days. Your DUI jury trial will begin with jury selection where the court and the attorneys are allowed to ask questions of the potential jurors to ensure they are appropriate jurors to serve on your DUI trial. Your Oklahoma DUI defense attorney can ask questions to ensure the jurors will hold the government to its burden and faithfully carry out their duty in your case. You will be found not guilty and your DUI case will be dismissed, unless the jury finds you guilty beyond a reasonable doubt and is unanimous in that decision.

The Fierce Advocates at Cannon & Associates are dedicated to fighting for clients facing DUI charges and will gladly fight for you in a DUI jury trial. However, in some instances a legal issue is the basis for your DUI case being set for trial, which may make a bench trial a more appropriate option than a jury trial. Our DUI advocates can discuss the issues that may or may not support considering a DUI bench trial and advise you on your best option in your DUI case.

Diversion programs and dispositions other than jury trial are the best option in some DUI criminal cases. Depending upon the county your DUI criminal case is pending in you may have some or many diversion options available other than simply entering a plea or going to trial on your DUI case. The Fierce Advocates at Cannon and Associates can walk you through all the options in your DUI case and assist you in determining the best option for you and your circumstance.

Deferment programs are an intense form of probation available to certain individuals that qualify and is an option instead of being sentenced to jail or prison on your DUI. Deferment programs, such as DUI Court or Drug Court may afford you an opportunity to avoid jail time and still obtain a dismissal down the road upon successful completion of the program. You should discuss these options, that include difficult probation terms, with your Oklahoma DUI defense attorney prior to accepting this option.

The final alternative to a DUI trial in your criminal case is a blind plea. Entering a blind plea is what is sounds like; you enter a plea and you are blind to the outcome. The prosecutor in your DUI case will make a recommendation and may present evidence to support the sentence that the government is requesting. Additionally, your DUI defense counsel will help you present evidence, mitigation, and extenuation along with your request to the judge in your DUI case. The court will have total discretion within the punishment range of your case to decide your sentence. The court has the authority to defer your sentencing; give you a conviction, but suspend jail time; or sentence you to jail or prison time.  Few DUI cases warrant entering into a blind plea; however, in the right circumstance you may obtain an outcome far more favorable than the recommendation of the prosecutor.

Your DUI arrest will not only result in you navigating the process detailed above, but also the civil process through DPS related to your driver’s license. Driving is a “privilege” under our laws, not a right. Therefore, it is easier for the government to impact or infringe upon your driving privileges subsequent to being arrested for DUI or APC. The Department of Public Safety (“DPS”) is responsible for the regulation and supervision of every person’s driver’s license in the state of Oklahoma, i.e. enforcement of traffic laws and the issuance and revocation of driver’s licenses.

You have two options, subsequent to a major change in our laws related to driver’s license actions and DPS in November 2019: participate in DPS’ IDAP program or a District Court Appeal.

IDAP is the Oklahoma Impaired Driver Accountability Program, which is program ran by DPS that promotes participation by those facing a driver’s license revocation subsequent to a DUI or APC offense in Oklahoma. Participants in the program. Ignition interlock devices are a requirement of participation in IDAP. These devices prevent the ignition in your car from starting the engine, unless a breath sample is provided that does not register a prohibited BAC or blood alcohol content.

Successful completion of the Oklahoma IDAP will minimize the negative impacts of your DUI arrest on your driver’s license. You will likely receive the following benefits, if you participate in IDAP:

Please visit the following webpage for much more information on IDAP and DPS.

Your driver’s license privileges will be restored to the condition prior to your DUI arrest, until your hearing in district court. At your hearing the officers that performed your DUI arrest and the testing officer will appear and testify to attempt to support that they complied with the Board of Tests requirements for a DUI arrest. Additionally, the officers must present sufficient evidence to support that reasonable suspicion existed that you had committed a traffic violation or a more serious criminal offense, such as a DUI, in order to lawfully conduct the traffic stop.

Once you have completed the period of revocation, if you are not successful in your district court appeal, you can seek reinstatement of your license by providing proof of completion of an alcohol assessment, Victim Impact Panel, the DUI ADSAC course, and payment of the reinstatement fee.

If you have been arrested or charged with DUI in Oklahoma, you need a Fierce Advocate on your side. At Cannon & Associates, our attorneys have the experience needed to represent you and your loved ones in all forms of DUI cases. Contact Cannon & Associates by completing the CONTACT FORM ON THIS PAGE NOW or CALL at 405-657-2323 for a free confidential case evaluation for assistance in your civil and criminal DUI case.