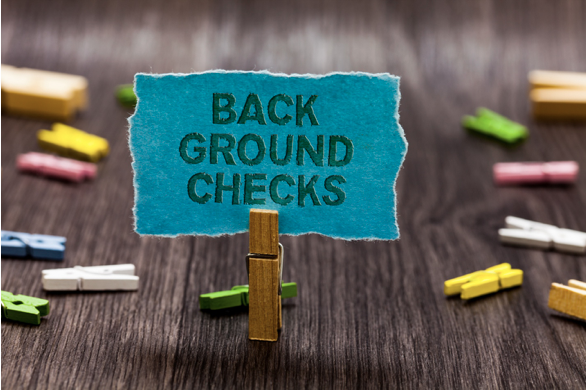 What is a Section 18 Expungement in Oklahoma?

An arrest comes with an arrest record that will follow you forever, unless you are able to expunged the arrest. An arrest or criminal record can rob you of several opportunities, so it is understandable if you wish to keep this information private. If you are in Oklahoma, you can leverage the provisions of the law to achieve this outcome through expungement. An expungement order seals your arrest records and conviction, which prohibits the public from ever seeing your criminal record. There are two types of expungements in Oklahoma; each with different provisions and benefits.

Section 18 and Section 991(c) expungements are not legally and practically the same. Section 18 expungements, also known as “full record expungements,” offer broader coverage, erase court records, and seal your file with the Oklahoma State Bureau of Investigation (OSBI). With this expungement, you can legally deny the arrest’s occurrence and legally deny that you have a criminal record at all!

On the other hand, Section 991(c) expungement applies to defendants who have received a deferred sentence as part of their plea agreement. Unlike Section 18, it leaves traces of your criminal case. These traces are unfortunately highly visible in Oklahoma. Our Oklahoma Supreme Court Network (“OSCN”) and Bureau of Investigations (“OSBI”) provide easy access to the public, therefore seeking and obtaining a full expungement is important to your future.

The defendant has been acquitted;

The defendant has received a full pardon by the governor for the convicted crime;

Arrestees facing no charges, including charges other than the one for which they were originally arrested, are filed, and the prosecuting agency has failed to file charges until the statute of limitations expired;

Defendants under the age of 18 years at the time of the commission of the offense and has received a full pardon for the offense;

Defendants facing one or more misdemeanor or felony crimes with all charges dismissed, have no prior record of a felony conviction, no pending misdemeanor or felony charges, and have exceeded the statute of limitation for which charges may be refiled, or prosecution has failed to refile charges. This category exempts defendants whose charges have been dismissed following the completion of a deferred judgment or delayed sentence;

Defendants facing a misdemeanor charge that was dismissed following the successful completion of a deferred judgment or delayed sentence. The defendant must have never been convicted of a felony, has no pending misdemeanor or felony charges, and at least one year has passed since the charge was dismissed;

Defendants charged with a nonviolent felony case that’s not listed in Section 571 of Title 57 of the Oklahoma Statutes, the charge was dismissed after successful completion of a deferred judgment or delayed sentence, the defendant has no prior record of a felony conviction, no pending misdemeanor or felony charges, and at least five years has passed since case dismissal;

Defendants convicted of a misdemeanor offense, was sentenced to a fine of less than five hundred and one dollars ($501.00) without prison term or suspended sentence, has paid the fine or satisfied by time served in lieu of the fine, has no felony criminal record, and no pending felony or misdemeanor charge;

Defendants convicted of a misdemeanor offense, was sentenced to prison, a suspended sentence, or fined an amount greater than five hundred dollars ($500.00), has no prior felony convictions, no pending felony or misdemeanor charges, and at least five years has passed since the end of the last misdemeanor sentence;

Defendants convicted of no more than two felony offenses, none of which is listed in Section 13.1 of Title 21 of the Oklahoma Statutes or any offense that requires registration as a sex offender, have no pending felony or misdemeanor charges, and at least ten years has passed since the felony conviction’s sentence completion;

Defendants charged, arrested, or are subjects of an arrest warrant for a crime committed by another person who has appropriated or used their name or other identification without authorization or consent;

Defendants convicted of a nonviolent felony offense not listed in Section 571 of Title 57 of the Oklahoma Statutes which has been reclassified as a misdemeanor under Oklahoma law, the defendant isn’t currently serving a sentence for a crime in Oklahoma or another state, at least thirty days has passed since the commutation or completion of the sentence for the crime reclassified as a misdemeanor, court-ordered restitution has been satisfied in full, court-ordered treatment program has been completed by the defendant, including defendants who failed the treatment program resulting in an accelerated or revoked sentence that has since been successfully completed or evidence of program completion at a later date.

Who can see my record after an expungement?

At the end of a successful Section 18 expungement, the general public won’t have access to your court records or arrest records. However, other entities like law enforcement agencies can access the records. The records may also be used against you in subsequent criminal cases if you’re charged. Your sentence cannot be enhanced based on expunged criminal cases; however, the prosecutor will be able to access the information in a subsequent case and it may impact their position on your new criminal charges, if any ever arise.

Why Hire an Oklahoma Expungement Attorney?

Hiring an expungement attorney isn’t mandatory to seek an expungement of your Oklahoma criminal record. However, with one, you stand a better chance of better navigating the complex and complicated process of expungements in Oklahoma courts.

Increase your chances of getting a positive outcome in your expungement case by speaking to our experienced Oklahoma expungement attorneys at Cannon & Associates. Complete the CONTACT FORM ON THIS PAGE NOW or CALL at 405-657-2323 for answers to your questions and a plan forward.