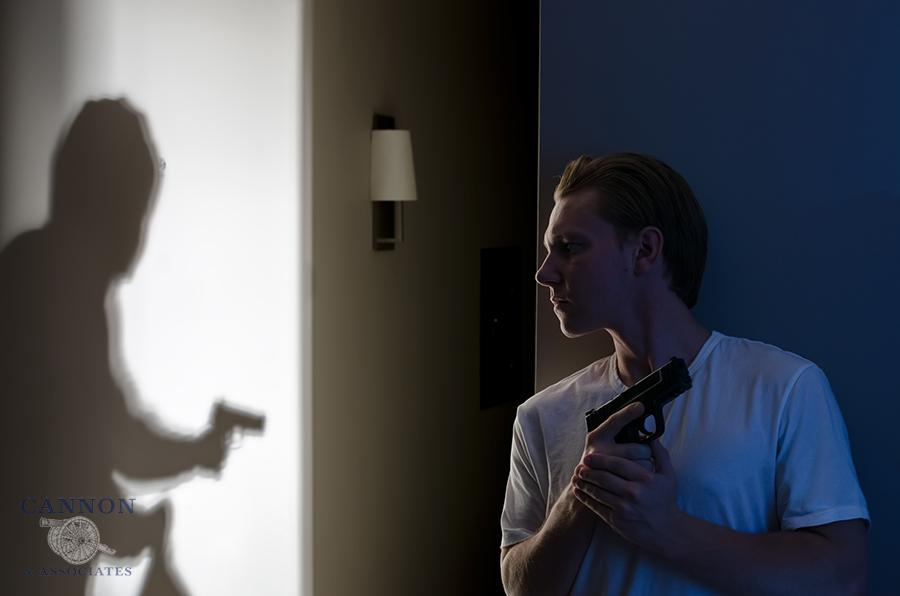 Oklahoma Homeowners: Know Your Rights When a Burglar Breaks In

If someone unlawfully enters your home or property, it falls under a category of Oklahoma law called “Home Invasion.” People who trespass, break-and-enter, or attempt to burgle you are committing a crime of home invasion. Even if someone unlawfully enters your home, but doesn’t steal anything, they can still be charged with a misdemeanor in the state of Oklahoma. What happens if you hurt someone trying to enter your home without permission? You can still be charged with a crime. Here’s what you need to know as an Oklahoma homeowner when it comes to burglary and trespass.

What is considered burglary under Oklahoma law?

The best way to prevent burglaries is to secure your property and vehicle adequately. Security guards, home security systems and devices can deter burglars or set off alarms before they can enter your home and hurt you. In Oklahoma, burglary is considered a form of home invasion. This type of crime is divided into First-Degree and Second-Degree charges. A First-Degree Burglary charge may be filed when someone has broken into a home and unlawfully entered the premises when another person, usually the homeowner, is inside the house. This charge also defines the defendant as someone who intends to commit a crime after breaking and entering. First Degree Burglary carries seven to twenty years in prison without any prior criminal record.

Second-Degree Burglary charges are given when someone breaks into a house, car, or another structure when no one else is inside, and they have an intent to commit a crime. This charge carries a sentence of anywhere from two to seven years in prison.

Burglary and home invasion are taken very seriously. They are considered severe crimes and are prosecuted aggressively. Most prosecutors will pursue the maximum sentence possible for those charged with First-Degree and Second-Degree Burglary.

How is breaking and entering defined in Oklahoma?

Under Oklahoma law, a person is considered breaking and entering a structure when they:

Can homeowners legally defend themselves and property in cases of burglary?

In some circumstances, Oklahoma law does allow homeowners to defend themselves and their property from burglars. In Oklahoma, OKLA. STAT. tit. 21 § 1289.25 describes what is commonly referred to as the Stand Your Ground Laws, or Castle Defense laws they can use to protect themselves. Oklahoma residents don’t need to have a license to own a weapon, but convicted felons and those on probation are legally prohibited from owning and using a weapon in cases of burglary.

What are your rights in Oklahoma as a homeowner?

If someone unlawfully enters your home or breaks into your home, and you have a reasonable fear for your safety or the safety of other people inside the building, you can defend yourself. However, you could still be charged with a crime in the event the burglar is severely injured or killed. There are certain things you can do to avoid a charge or conviction. If someone breaks in, the first thing you need to do is give a clear warning. Telling the invader that they need to “get out” and that you have a weapon and will use it if they don’t leave.

Please be aware if you do shoot a burglar and severely injure or kill them, you could be arrested whether or not your actions were within your legal rights. The police can arrest you, cuff you, fingerprint, and photograph you as a way to preserve evidence. In cases of self-defense, the incident is investigated as a crime in the beginning. The police and other authorities do not know if a homeowner who kills a burglar acted within their rights, or they responded recklessly.

You have the right to defend yourself and your family from home invaders in Oklahoma, but you may need a criminal defense attorney to help you tell your story and show you acted lawfully in exercising those rights. Once you defend yourself with deadly force, the state must find out if your actions were reasonable. When Stand Your Ground laws are invoked, the state of Oklahoma has to analyze the incidents on a case-by-case basis.

The individual homeowner who invoked the Stand Your Ground law will be looked at along with the circumstances of the case. Every person who invokes the Stand Your Ground defense is held to certain “reasonable standards” under the law. The specific facts of your case will be considered in deciding if your actions were justified or not. You should retain an experienced criminal defense attorney before you speak to law enforcement.

What should a homeowner do if they are arrested after a home invasion?

You need to contact a skilled criminal defense attorney at once, if you have shot a home invader. An experienced criminal defense attorney can help you navigate this complicated part of the law, and also advise you on how to speak to the investigators and how to present yourself in court. Regardless, homeowners should never be afraid to defend themselves from reasonable harm in the event of a burglary. Know your rights, and contact an attorney immediately if you’ve been charged with a crime.