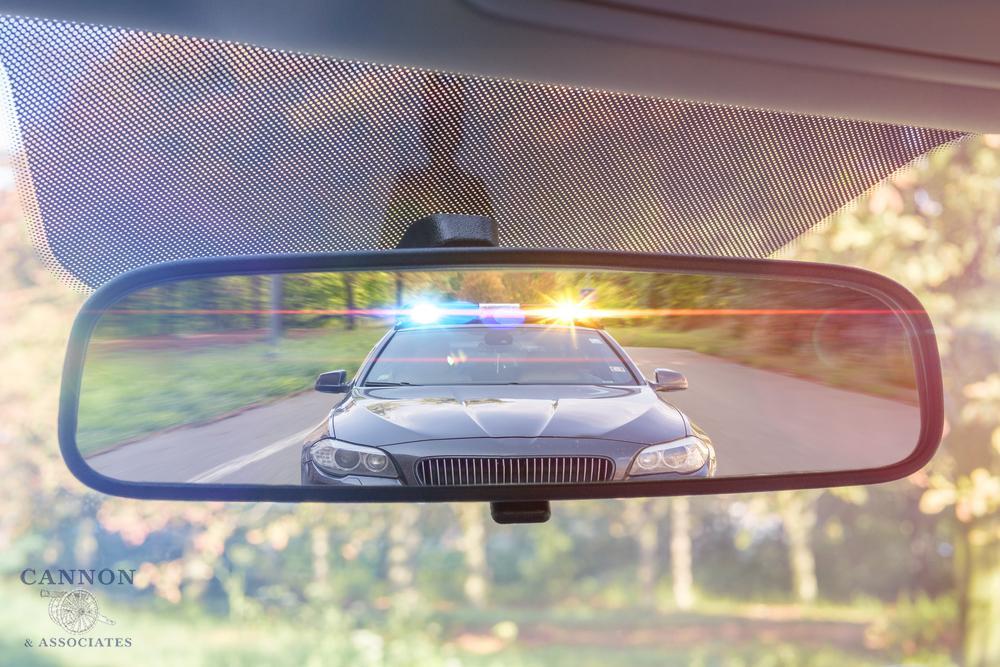 Can a passenger get a Felony Drug Charge?

Introduction to Drug Charges in Oklahoma

Oklahoma Drug Criminal Defense Attorneys at Cannon & Associates are FIERCE ADVOCATES for those charged with life-changing criminal offenses, including drug charges for Trafficking, Possession with Intent and Possession of Drugs. We have successfully defending many clients in jury trial and throughout the process of drug charges in Oklahoma.

We are led by John P. Cannon, a former Assistant District Attorney and Assistant Attorney General who prosecuted drug crime as a DA before becoming the experienced Edmond criminal defense attorney he is today. A successful defense can result in a case dismissal, dropped charges, or a not-guilty verdict at trial, which we have accomplished for multiple clients charged with drug offenses in Oklahoma.

If you or a loved one has been charged with a drug offense, call us for a free confidential case evaluation. Edmond Drug Crimes Defense Attorney John Cannon is a FIERCE ADVOCATE and available to talk to you today. Call Cannon & Associates at (405) 657-2323 and prepare your defense.

Can everyone in a Vehicle be Charged for Drugs that are found?

Yes and no, all drug offenses; from trafficking to possession of drugs requires proof of a form of possession. Three types of drug possession exist under Oklahoma law: actual possession, constructive possession, and joint possession. Police will not arrest you and prosecutors will not charge you with a drug offense unless they believe you are guilty of one of these types of possession.  Mere proximity to drugs is not enough, i.e. if you are in a vehicle and drugs are found; however, there is no evidence you possessed the drugs you may be arrested; however, your Oklahoma drug criminal defense attorney will be able to fight your case.

Actual possession is possession in the typical sense; possession of drugs on your person or immediate proximity or access.  The most common example of actual drug possession is being arrested and having drugs in your pocket.

Constructive possession is a more complex or legalistic form of possession of drugs. Constructive possession can occur when an offender cannot immediately access the drugs, i.e. the drugs were in the defendant’s car or home. In order to prove constructive drug possession, the prosecutor must show both the power and intent at that moment to exercise dominion and control over a specific controlled dangerous substance:

Knowledge – the prosecution can prove you knew of the illegal drug’s existence and location be direct and circumstantial evidence.

For example, a passenger may have joint possession of drugs in the driver’s pocket if the passenger willfully and knowingly shared the right to control the disposition or use of those drugs.

Can I be charged for being found close to drugs? 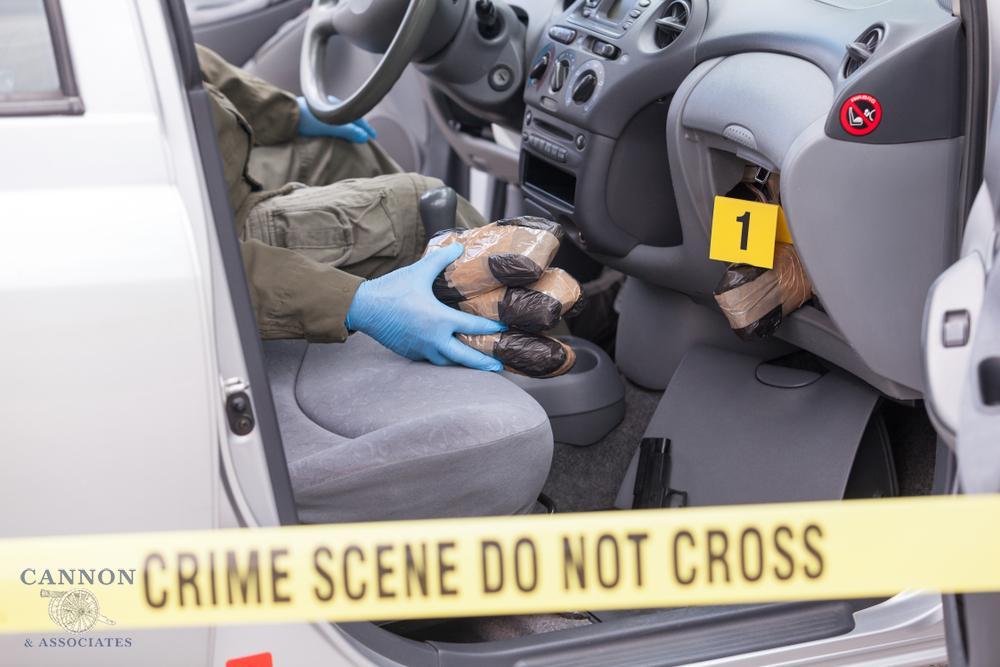 Due to the large quantity of drugs that travel through Oklahoma on Interstates, I-35, I-40, and I-44, often times when a vehicle is stopped and drugs are found in a car in Oklahoma every occupant is arrested and charged with the drugs. As the above sections show, often passengers in a vehicle are innocent of any involvement with the drugs.

How do Cops show a passenger knew about the Drugs?

Law enforcement will continue to investigate, including seeking warrants for phones and other electronic devices to determine which occupants knew the narcotics were in the vehicle.

After an arrest, police will interrogate each passenger separately to try to illicit incriminating information, a confession, and/or a snitch on the other occupants.

These cases are more difficult to defend when police smell the odor of marijuana or a chemical smell from drugs or sees drugs or drug paraphernalia in plain view. Often times, passengers will argue they were aware the driver used drugs, but did not know the volume of drugs in the car, i.e. potentially trafficking weight of marijuana in the vehicle.

What Defenses can a Passenger use?

Fortunately, each passenger in the vehicle has the right to challenge the basis for the traffic stop in court. The evidence will be suppressed as to all passengers, if the court determines the traffic stop was illegal or was a pre-textual stop.

Beyond arguing that police violated a passengers Fourth Amendment rights from an illegal search or seizure, a passenger may argue the possession issues identified above, i.e. “I was in close proximity, but I didn’t know the drugs were there and I did not have the ability to control them.” This is a valid defense, which our firm has used in defending clients charged with drug offenses in Oklahoma.

Although the prosecution is required to prove each occupants guilt of the specific drug offense beyond a reasonable doubt to sustain a conviction, all passengers can be arrested, charged, and forced to hire an Oklahoma criminal defense attorney to fight their case. It is never a smart choice to speak to police at the scene, if drugs are found in the vehicle you are driving or riding in. You will almost certainly be arrested and you should exercise your right to silence and contact an experienced Oklahoma drug offense lawyer. 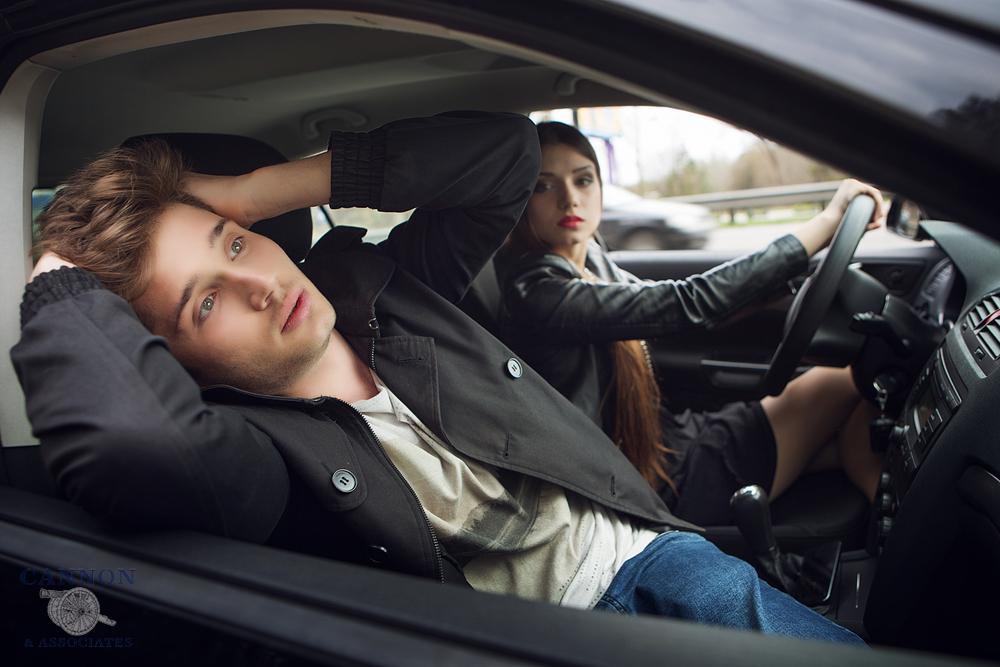 What should I do, if arrested as a Passenger?

You should immediately exercise your right to an Oklahoma drug crimes attorney, if you have been arrested or are being investigated for drug trafficking or possession with intent to distribute drugs in Oklahoma! Drug charges in Oklahoma will have life changing effects on your freedom and future. Our team at Cannon & Associates understands these concerns as we have walked along side many clients that have successfully defeated drug trafficking charges in Oklahoma, including jury trial.

Cannon & Associates will do everything possible to exclude damaging statements and evidence from your Oklahoma County drug trafficking case through aggressive investigation and years of experience with the laws surrounding suppression and exclusion of evidence and the Fourth Amendment.

Experience matters when you are facing drug charges in Oklahoma County and beyond. It is important to know the Oklahoma drug crimes defense lawyer you hire is dedicated to your cause and versed in all aspects of the law concerning suppression of evidence and drug offenses in Oklahoma. John Cannon, owner of Cannon & Associates is a former prosecutor and very experienced in the law and issues associated with suppression and drug charges in Oklahoma. He has been recognized as a Super Lawyer and Top 40 under 40 in criminal defense. Contact Cannon & Associates to protect your rights and Fight your case. Complete the CONTACT FORM ON THIS PAGE NOW or CALL at 1(405) 657-2323 for a free confidential case evaluation.