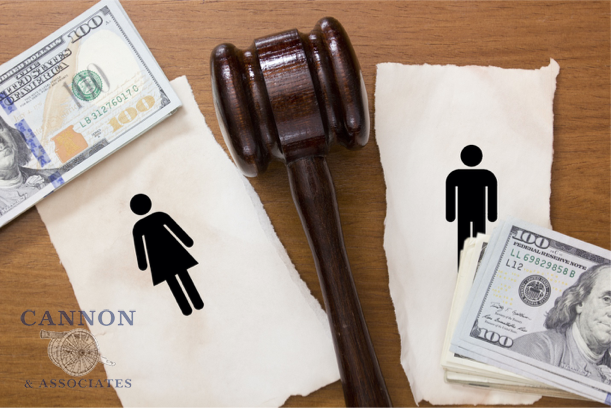 What is Common Law marriage?

Common law marriage is a recognized form of marriage and is equally valid in Oklahoma as a
ceremonial marriage. Neither type of marriage is better or stronger than the other. This means
that two people don’t have to get a marriage license of have any kind of ceremony to be
considered spouses in Oklahoma courts.

Usually, a person is trying to establish that they were a part of a common law marriage in
probate or alimony cases, because the monetary outcome of the would-be spouse’s share hinges
on their status as a spouse. For example, if a man dies and leaves behind a woman who claims to
have had a common law marriage with, she will only be able to participate in his estate and
receive her intestate share if she is considered to have been his wife. If the court does not
recognize that she established a common law marriage with him, then the family takes
everything and she will likely be left with none of the benefits.

In addition to Oklahoma, the other states that recognize common law marriage include:

How is a common law marriage established in Oklahoma?

Common law marriage is essentially formed when the parties have a meeting of the minds and
consent to hold themselves out as married. To have a common law marriage in Oklahoma, a
couple needs to establish by clear and convincing evidence that there was an agreement between
the couple to be spouses. The couple can, and should, enhance their case by proving that the
relationship is permanent and exclusive, that the couple cohabitates as spouses, and that they
couple holds themselves out in public to be spouses.

The first and mandatory element is that the couple enter into an agreement to be husband and
wife or spouses in a same sex common law marriage. This agreement must be actual and mutual
between the spouses and is the only requirement that is absolutely required to show a court in
Oklahoma. If the spouses cannot prove that they had an agreement, they are not married.
The second element is that the couple establish that they have been in a permanent relationship.
While not necessary, a permanent, long term relationship is persuasive to a court when
determining if there is a valid common law marriage.

The parties are expected to cohabit as spouses. Like married couples, the two people seeking a
common law marriage are expected to be cohabitating. While there are many arrangements two
people might have that can be considered cohabitation, the strongest is one that shows that the
couples live together on a permanent basis.

Finally, the parties should be able to show that they hold themselves out to be spouses in public. This element may be met by showing that the couple filed joint tax returns, bought property together, go out in public and refer to each other as husband and wife, or participate in any other activity that would be expected of a married couple.

What if I move to another state that doesn’t recognize common law marriage?

The exception to this rule is where the marriage would violate the public policy of the new state which does not recognize common law marriage. This exception is geared more towards tricky
legal issues that are attached to the common law marriage, such as the blood-relationship of the
parties. In some states, first cousins are allowed to marry each other, whereas in other states
(such as Oklahoma) they are not. Oklahoma’s rule is that, while first cousins may not marry each
other in Oklahoma, they could form a marriage outside of the state and their marriage would be
recognized upon returning. However, if there was a strong enough case regarding whether a
marriage between first cousins was a violation of Oklahoma public policy, that relationship
might still be prohibited.

How do I get a divorce when I am in a common law marriage?

If a couple has a common law marriage, they cannot just walk away from each other: they must
have a valid divorce just like a couple who had a ceremonial marriage and a marriage certificate
with the District Court. Even if the spouses move to different states (even ones that do not
recognized common law marriage) they will have to get a divorce in order to terminate a
common law marriage.

It is important that couples in common law marriages who seek a divorce do so in the courts,
because it can prevent accidental bigamy. Accidental bigamy can occur when two people are
common law married, decide to separate, and then the husband attempts to get married to another
woman. Since there was never a divorce from the first wife, the husband will have effectively
married two people, which is illegal in the state of Oklahoma. To complicate matters further, if
the husband dies, the second wife loses her married status to the first wife, who will get the
intestate share of the husband’s estate.

What happens to the children if the couple breaks up?

Courts are always allowed to handle issues regarding children and child support, regardless of
the marital status of the parents. If a couple does not form a valid common law marriage but
separates, then the court may step in to accommodate the best interests of the children.

How does the property get divided?
Courts are able to treat the couple as a quasi-partnership and may dissolve any jointly owned
property as if they were equitable partners in a regular partnership. This means that they can
divide the property or award a sum to one person who receives less property interest than the
other.

What is a Palimony award?
Palimony is a remedy that can be awarded to couples who didn’t agree to be spouses, and
therefore do not have a valid common law marriage, but one party does make a promise to the
other that they will take care of them. A typical example is where a man and wife live together
but never agree to be husband and wife, but at some point, he promises to her that he will make
sure she is financially taken care of upon his death. If he then dies, leaving his long-term partner behind, she cannot take part in his intestate estate, but the court may enforce his promise to take care of her as palimony.

In order to get palimony, the long-term partner would have to show that they cohabited in a
marriage-like manner, and during that time of cohabitation he made a promise to support her and
had the ability to do so. Generally, this agreement must be in writing, but some courts will
enforce oral agreements as well.

Experience and care matters when it comes to establishing a common law marriage in Oklahoma or
seeking divorce in Oklahoma. It is important to know the Oklahoma lawyer you hire is dedicated to your cause and versed in all aspects of family law in Oklahoma. Cannon & Associates is dedicated to Fierce
Advocacy for spouses and could-be spouses, and are ready to fight for you. Contact Cannon &Associates to protect your rights in your family law case in Oklahoma. Complete the CONTACT FORMON THIS PAGE NOW or CALL at 405-657-2323 for a free confidential case evaluation.