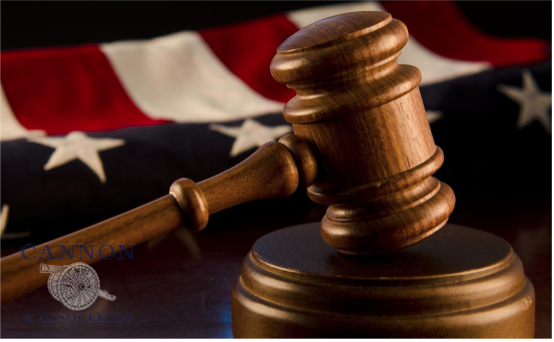 What is an Instillation Barment?

Barment is a tool used by an installation Commanding Officer (CO) to protect their military
base. It gives them the ability to deny access, remove, or exclude a person from the base
premises. In determining whether to bar an individual, the CO must be evenhanded, remain
neutral, and state a sound reason for the action. If the Barment is arbitrary, capricious, or
discriminatory against a constitutionally protected status (such as race, sex, age, or religion), the Barment will not stand and may subject the CO to civil liability. An example of arbitrary and capricious Barment would be the categorical exclusion of certain groups or classifications of individuals. These actions are meant to protect the federal government from fraud, waste and abuse by avoiding business with non-responsible contractors.

First, the CO will identify the conduct that threatens the orderly administration of the installation. While the CO does not need to wait for the conclusion of any civilian criminal proceedings before issuing a Barment, but the CO must consider all the facts of each Barment action and determine the proper way to proceed.

Second, the CO must identify the status of the person to be barred from the instillation. They
must determine if the individual is active duty, a dependent, DOD civilian, retiree, reservist,
contractor, non-affiliated civilian, etc.

Third, the CO will determine whether administrative measures short of an Instillation Barment
would remedy the concern. If the circumstance does not require Barment because another
procedure is proper for installation residents, then the CO should consider that route. They
should also consider any other adverse administrative action through the Human Resources
Office for DOD civilian employees.

Limited Barments that the CO should consider include prohibiting the potentially-barred
individual from coming within X feet of a building or residence, limiting installation access to
direct transit to and from the place of work or residence, barring them from specific areas of the installation, or barring them for a limited period of time. If other administrative action and a limited Barment are ineffectual, issue an installation-wide Barment. 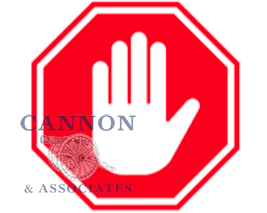 The period of Barment must be reasonable for the offense. This can depend on the seriousness of
the crime, whether a crime was committed, what stage of the investigation the enforcement
officials are in, etc.

The Barment must be issued in writing and signed by either the Commanding Officer or the
acting CO upon the delivery from a Staff Judge Advocate who prepared the Barment letter for
the CO’s signature. The CO should ensure the letter provides a process for appeal and then have
it hand-delivered (if possible) and obtain a signed and dated acknowledgment of receipt from the
barred individual. If personal delivery is not possible, send it by certified or registered mail, return receipt requested.

Upon personal delivery or mailing of the Barment letter, the CO should complete an affidavit or
certificate of delivery or mailing. While these may not be needed if there is a signed
acknowledgment of receipt upon personal delivery, preparation of the affidavit or certificate by
one of the members is extra evidence of delivery in case the recipient later claims the signature is not genuine.

Finally, the CO should ensure copies of the letter are maintained by the installation Security
Officer and Staff Judge Advocate.

What are alternatives to Barment?

Suspensions, Hearings, Show Cause Letters, Requests for Information are also effective tools
used to protect the Government and taxpayers’ interests. Terminations of Review are also
important as they inform the contractor under review that a determination has been made that the
contractor is presently responsible and can continue conducting business with the Government.

What is the Difference between Suspension and Barment?

Suspension
Suspensions require an immediate need for the base commander to remove and prohibit a person
from entering the base premises. It is only temporary, and at most a person can be suspended
from the base for twelve months. Suspensions are usually used to keep a person off of the base
during an investigation or legal proceedings. In order to award a suspension, there should be
adequate evidence that it is necessary, such as an indictment.

Barment
Barments come in different lengths but can also be indefinite. Barments are based upon a
preponderance of the evidence, such as a conviction. They are commander-imposed limitations
to installation access, including the following:
1 Limit open areas of the base
2 Limit the size of groups
3 Limit the time and date of visitation
4 Search or restrict any items on base
5 Group access limitations

Who Can be Barred from an Instillation?

Generally, contractors can be suspended or barred. A contractor is any individual or organization that: Directly or indirectly submits offers for or is awarded, or reasonably may be expected to submit offers for or be awarded, a Government contract or subcontract or Conducts business, or reasonably may be expected to conduct business, with the Government as an agent or
representative of another contractor.

Individuals who are directly and indirectly involved in the wrongdoing or alleged wrongdoing
can also be subject to Barment, i.e. a specific government contract employee may be barred from
the instillation, even though their employer has an existing contract. This may cause serious
employment implications for the employee, if they are unable to perform their job on base.

How can I be Barred from an Instillation?

Commission of any crime can subject an organization or individual to a Barment action. These
crimes include, but are not limited to: fraud, embezzlement, theft, bribery, falsification or
destruction of records, making false statements, tax evasion, violating Federal criminal laws,
receiving stolen property, an unfair trade practice, violating antitrust statutes, possession or drug use, delinquent federal taxes above $3,000, knowing failure to disclose violation of criminal law, or any other cause that affects present responsibility.

A common cause of Oklahoma military base barment actions include DUI, possession of a
firearm on base or allegations of stolen property. When a federal employee, contractor, or service member is alleged to have committed a DUI or similar offense, the base commander may bar the party from access to the base for safety.

Additionally, during random vehicle searches, firearms are often discovered, which cannot be
brought onto a military base. In Oklahoma, we love our guns, and many people will accidently
leave their firearm in their truck or somewhere else in their vehicle and return to base on
Monday. You will likely be subjected to a federal misdemeanor offense or worse, if you bring a
firearm on to base and it is discovered, even by accident; however, you will also be subject to a barment action for base security.

What happens if I get an Instillation Barment?

There are many consequences to getting an Instillation Barment:

First, the barred party’s name will be published as ineligible on the System for Award
Management, a General Services Administration website. This means that you cannot register to
do business with the federal government, nor procurement or non-procurement programs.

Second, a barred party cannot solicit offers for employment and cannot have contracts awarded
to them. Any existing contracts will not be renewed or otherwise extended. Subcontracts
requiring Government approval will not be approved by any agency in the Executive Branch
unless the head of the agency taking the contracting action states the compelling reason for
continued business dealings between you and the agency in writing.

Third, a barred party may not conduct business with the Federal government as an agent or
representative of other contractors or of participants in Federal assistance programs. They also
may not act as an individual surety to other government contractors.

Fourth, no government contractor may award to the barred party a subcontract worth equal to or
more than $30,000 unless there is a compelling reason to do so and the contractor first notifies
the contracting officer.

Fifth, no agency in the Executive Branch shall enter into, renew or extend a primary or lower-tier covered transaction in which the barred party is either a participant or principal unless the head of the agency grants an exception in writing.

Sixth, the barred party’s affiliation with, or relationship to, any organization doing business with the Government will be carefully examined to determine the impact of those ties on the
responsibility of that organization as a Government contractor or subcontractor.

How long will I be barred from entering a military base?

Generally, temporary barments can last several days, longer barments may last up to 3 years, and
some barments can be indefinite. When you receive a barment letter, it should specify the
amount of time the debarred party is prohibited from entering the base. Whatever the length of
your instillation barment letter, it is crucial you respond in writing either on your own or with the assistance of a instillation barment attorney.

Barment cases are referred to an officer in the Suspension and Barment Office. These referrals
can be made from the Office of Inspector General, voluntary & mandatory disclosures, or other entities. The Suspension and Barment official will then decide based on the referral. From that moment, the name of the barred or suspended contractor is immediately listed on the SAM
website. The contractors may submit matters in opposition demonstrating present responsibility,
and, if requested, the Suspension and Barment official may meet with contractor. If additional
facts are presented, they will make a final decision and provide that to the contractor. It is in your interest to respond immediately on your own or with the assistance of counsel after a barment action is initiated.

How do I appeal my Barment?

There are several ways of trying to remove the barment, such as requesting reconsideration or
modification based on new facts or legal issues. The best way to appeal is to retain an
experienced military law attorney who has a good idea of what the COs may be concerned about.

Another option would be to draft the letter yourself and have the military law attorney review it. It is generally better to have someone else look at it before submission because the COs have a very broad discretion in whether they will accept a response. Generally, a recipient of a barment letter should address what happened, why they are requesting to lift the barment, what they have done since the barment to make sure the issue does not happen again, what the person will do once the barment is removed, and any reference letters that are available.