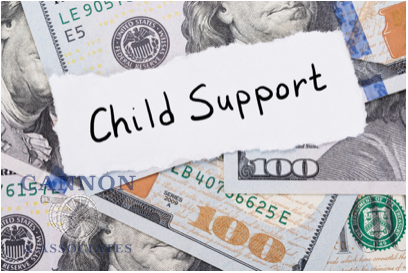 Child support is paid by one parent to the other in a divorce or paternity case and the purpose is to provide for the needs and expensive of the child. In Oklahoma child support is calculated by on a statutory formula based on the spouses’ separate incomes. However, the formula is only applicable for couples that make less than $15,000 in gross combined pretax income per month.

In most child support cases, the amount of income is likely to continue at the current amount and hopefully increase. However, in the case of professional athletes or public influences, the amount of income these individuals make is bound to decrease substantially at some point. The methodology in computing child support for those with income in excess of $15,000 per month requires many additional considerations.

The calculation of child support for those with substantial income still begins with Oklahoma Statutes. Specifically, OKLA. STAT. tit. 43 § 119(B), which states:

The court has substantial discretion in determining the appropriate child support amount in cases above the guideline range. Specifically, OKLA. STAT. tit. 43 § 119(B) states:

The discretion provided by this statute allows the court to consider the unique circumstances at play in high income families and the expected duration of income far above $15,000 per month. For instance, the volatile oil and gas market in Oklahoma may result in a oil field worker or supervisor making income above $15,000 a month in one season and being out of work in another. The model of an oil and gas worker or professional athlete generates on and off high income years.

Considerations in Calculating Child Support for Income above the Guideline Range

In most cases of calculating child support with income above the guideline range, the potential outcome is limited to only a few arguments by either side. The parties may advocate for widely varying amounts of child support; however, the legal theory for arguing for a specific child support calculation when income is above the $15,000 a month threshold is fairly limited.

The following section discusses the most widely cited arguments for the determination of child support in the instance of high income earners.

Many professions with income vastly higher than $15,000 per month are limited in duration; however, that is not always the case, such as corporate executives or owners of highly successful business. A body of case law has developed in determining the appropriate calculation of child support in the instances of those with professions with limited lifespan, such as professional athletes, including our very own Thunder Basketball players. Without this precedent Courts are faced with an incredibly difficult task in forecasting the career and future income of professional athletes for the purpose of determining child support.

Each case determining child support with extremely high-income earners is a unique challenge to the court, as these are often issues of first impression with facts not common to other family cases. However, courts have identified the risks associated with entering orders of extravagant child support, only to have the high-income earner lose their position or retire and still be held accountable for the excessive child support order. Judith G. McMullen wrote an insightful article in the Marquette Law school Sports Law Review, The Professional Athlete: Issues in Child Support, 12 Marq. Sports Law Review 411 (Fall 2001).

Under the Shared Benefit theory, courts have found that children of professional athletes or high-income earners should share in the benefits of that party’s income, as if they were living with that parent, i.e. had the parties not separated. Even though a direct result of a very large child support award is a direct benefit to the custodial parent, the parent receiving the large child support award, the purpose is still the benefit received by the child.

The Three Pony Rule is a straight forward approach, that we advocate for on behalf of our clients that are professional athletes and high income earners: at a certain point, the child support obligation is sufficient to meet the need of any child. Ergo, no matter how wealthy the non-custodial parent, no child needs three ponies. In 2003, the Oklahoma Court of Civil Appeals decided Smith v. Smith, 2003 OK CIV APP 28, which supports the Three Pony Rule, “a child’s needs, both essential and lifestyle-related, do not inherently increase regardless of the amount of income.”

Options to Protect Child Support for Future Use

In some cases, the Court will require a small percentage of the actual child support order be paid to the custodial parent and the majority of the child support award be placed in a trust account for the future benefit and needs of the child.

Seeking to obtain sufficient child support or to protect your income in a contested child support case requires an experienced family law attorney. You need counsel that is familiar with all potential issues related to calculating child support awards above the statutory guideline range of $15,000 per month of gross pre-tax income.

Your Fierce Advocates at Cannon & Associates are prepared to respond to whatever challenges you face in your child support case. Founder, John Cannon, has been recognized as a Super Lawyer and our team knows what it takes to get you the outcome you deserve. Contact Cannon & Associates to protect your rights and fight for your interested in your high income child support case. Complete the CONTACT FORM ON THIS PAGE NOW or CALL at 405-657-2323 for a free confidential case evaluation.