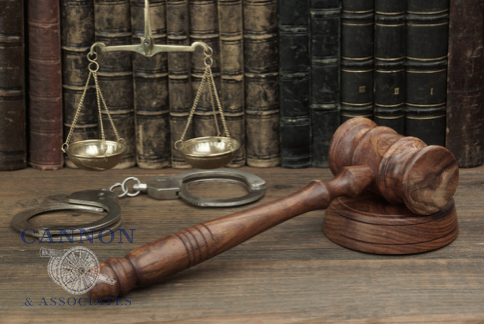 The procedures and standards governing pretrial detention in federal court were modified substantially in 1984 with the Bail Reform Act of 1984 (18 U.S.C. § 3142). The modification was made to give courts adequate authority to make pre-trial decisions that consider the dangers of an individual’s release in lieu of pretrial detention. The Supreme Court has limited the circumstances in which pre-trial detention can be sought by the government to some of the most serious federal criminal offenses.

The Bail Reform Act presumes federal criminal defendants should be released pending trial or sentencing in their case, unless narrowly drawn categories of potential pre-trial detainees. However, the presumption of release pretrial still allows for strict conditions of pretrial release to ensure the safety of the community and the defendant’s return to court. The language of the act itself gives preference to pretrial release for federal criminal defendants.

As stated previously, the Bail Reform Act sets careful boundaries, in which pre-trial detention may be ordered. It is widely accepted that only six circumstances exist that permit a court to even hold a pretrial detention hearing, let alone place a federal criminal defendant into pretrial detention:

Consideration of Defendant’s Danger to the Community

The first four categories of offenses provide a rebuttal presumption that no combination or conditions of pretrial release will assure the defendant’s appearance in court or the safety of the community. The government must seek pretrial detention; however, it is a much lower hurdle to convince a federal judge that pretrial detention is appropriate in federal criminal cases involving these crimes.

Additionally, the Federal Rules of Evidence are not applicable in detention hearings. The existence of the indictment against the defendant alone creates a rebuttal presumption that no condition or combination of conditions will ensure the safety of the community or witnesses in the criminal case and no conditions can ensure the defendant’s appearance for trial.

Federal judges must consider the factors listed in 3142(g) in order to make a proper determination regarding eligibility of a defendant to receive pretrial release. The factors for consideration of pretrial release are as follows:

Additionally, in crimes involving economic fraud the government must present more than evidence of serious economic crimes / access to substantial sums of ill-gotten financial gains. Access to substantial funds is insufficient on its own to grant pretrial detention. Rather, in crimes involving economic fraud, evidence of strong family or business ties outside of the United States is necessary to support pretrial detention even with the presence of high monetary bond.

Upon consideration of the relevant factors, the judge will enter an order designating a defendant’s custodial status under one of four categories:

Category I: Release on Personal Recognizance or Execution of an Unsecured Appearance Bond

Federal judges are authorized to order pre-trial release of federal defendants on their own personal recognizance or execution of an unsecured appearance bond, at an amount specified by the Court. These release orders are conditioned upon the federal defendant’s promise to not commit any federal, state, or municipal crimes during their pretrial release.

Category II: Release upon a Condition or a Combination of Conditions of Pretrial Release as Identified in §3142(c)

When does a federal Detention Hearing take place?

Can I appeal a federal detention order?

When a detention order is entered by a federal magistrate judge, the decision may be appealed or reconsidered by a federal district judge. The district court is required to review the issue of pretrial detention De Novo, meaning a review of the facts and issues before the Court and after an independent conclusion.

Defendants in federal court may move for release, if detention is ordered. In reconsideration of a detention order, i.e. a motion for Bail following Pretrial Detention, the federal court judge must consider the following factors:

Length of Pretrial Detention: the longer pretrial detention occurs, the greater the danger of a denial of due process. Therefore, excessive or lengthy pretrial detention will weight in favor of a defendant’s motion for bail. However, this factor alone does not form the basis for the grant of bail and the opportunity to participate in pretrial release.

Cause of the Delay: the progress or lack of progress in a criminal case is a consideration in granting a motion for bail and pretrial release subsequent to a detention order. Additionally, motions for continuance, discovery challenges, plea discussions, and other causes for delay, especially by the prosecution can form the basis for bail to be established after an order of pretrial detention.