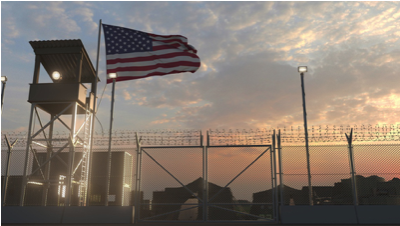 What Happens If I’m Arrested for Drugs on A Military Base?

Being arrested is a scary and confusing process; however, it is only amplified when it happens on federal territory, including arrest for drug charges on a military base. When you are arrested on a military base you will face federal charges, as the state the military base is located in does not have jurisdiction over events that take place on a federal instillation. Additionally, if you are a military service member you may face both federal criminal charges as well as military justice.

The federal government has exclusive jurisdiction over crimes allegedly committed on any military reservation or other federal land, such as Tinker Air Force Base, Fort Sill, or Vance Air Force Base. Federal investigators, including but not limited to military police, Criminal Investigation Department (“CID”), the Office of Special Investigations (OSI), or FBI agents, will investigate the allegations and advise the US Attorney or Judge Advocate office whether criminal charges will be filed in a Court-Martial or federal criminal prosecution.  Additionally, the federal government may prosecute under Oklahoma state law, if no applicable federal crimes exist pursuant to the “Assimilative Crimes Act” in order to allow the federal government to handle the allegations in federal court.

When you are a civilian and charged with possession of drugs on a military instillation, the federal government has exclusive jurisdiction over the allegations and your case will be prosecuted in federal court. Whatever the jurisdiction, you have the right and you should exercise it to be represented by an experienced federal criminal defense attorney.

The military has concurrent, at the same time, jurisdiction with federal court, if someone allegedly commits a crime on federal territory. However, military specific crimes that are committed by military service members are handled under the Uniform Code of Military Justice (UCMJ), which lists all the law for military crimes. Service Members that allegedly violate the UCMJ will be charged with military crimes and will be prosecuted under the Court Martial convening authority that the commander selects based on the offense level.  The UCMJ covers crimes that exist in state and federal law, in addition to military specific offenses, such as the following: Mutiny, AWOL, Sedition, Disobeying orders, and Insubordination. As a service member charged with a crime on a military base, you should expect to face a summary, special, or general Court-Martial action. You should exercise your right and be represented by an experienced federal criminal defense attorney.

When concurrent jurisdiction exists on a military base, either the military police or civilian law enforcement can investigate and present charges to the appropriate prosecution office. Most jurisdictions in Oklahoma, including Garfield County and Vance Air Force Base have a working arraignment with local law enforcement and the base on how criminal matters will be handled. In that instance you may be investigated by military criminal investigators; however, face charged in civilian criminal court. You will need to hire a military attorney or experienced civilian criminal defense attorney that has handled military criminal justice to represent you through this process. Our Fierce Advocates have experience in both jurisdictions, including John Cannon, a serving Judge Advocate in the National Guard, and can help you through the process you are facing.

What Are Military Drug Charges?

Service Members are prohibited from possessing, using, and distributing controlled substances pursuant to the Uniform Code of Military Justice. The laws included in the UCMJ apply to all branches of the military and come with serious consequences in many instances involving illegal drugs.

The military has a zero-tolerance policy for drug use, including medical marijuana. When you are charged with drug use, drug possession, drug distribution, or any other drug offense, you may face serious charges and/or consequences in your federal criminal case. As opposed to civilian drug charges that require actual or constructive possession of drugs, a much wider range of drug offenses exist in the military:

The following list includes the six most common drug offenses prosecuted under the Uniform Code of Military Justice, which are under UCMJ Article 112(a):

The negative consequences of a conviction for any of these offenses includes negative discharges, including a dishonorable discharge and potential prison time.

The most common criminal charges faced by service members take place off base and are handled in civilian criminal courts. The most common offenses are DUI, APC, drunk driving, drug use, drug possession, and domestic violence. When military members are arrested and/or investigated for crimes outside of the military base, these charges will be investigated by civilian law enforcement and prosecuted in state or federal court, outside of the military.

Even though a military service member may not be prosecuted in the military justice system, does not mean that he or she will avoid military consequences as a result of the civilian criminal prosecution. You can face military justice action or adverse administrative action for crimes prosecuted outside of the military. It is important to work with an experienced military criminal defense attorney that can assist you through the processes you will face.

Does the Amount of Drugs Matter?

Yes, the volume or weight of drugs in your possession, including marijuana, will impact the consequences of your case.  Federal, state, and military prosecutors take a harsher stance in cases where they believe you intended to sell, traffic, or supply drugs that you possessed.

Can I be searched for drugs on a military base?

You are lucky, if you have brought illegal substances onto a military base and never been caught; however, your luck will run out, if you test positive for illegal drugs. You can be randomly tested by your command for illegal drugs by being required to provide a urine sample for urinalysis.

When you are on a military base you may be subjected to a random search of your vehicle upon entry or prior to being granted entry onto the base. Random searches are carried out on a regular basis for security reasons and harsh consequences will come, if you are caught with drugs, a firearm, or another prohibited item on base. Additionally, if you are a service member and your commander believes probable cause exists that you are in possession of an illegal substance, he or she may search your property or vehicle to find illegal items.

What is my next step, if arrested on a Military Base?

Ultimately, if someone catches you with drugs, including weed or a firearm on a military base, you will face military justice action or prosecution in federal court for the offense. It does not matter, if you lawfully possessed the gun or drugs, it is illegal and prohibited on post; therefore, you will be prosecuted in federal court or military justice under the UCMJ. However, do not lose hope! We have represented many service members and non-service members arrested and/or charged with crimes on military bases. Our experienced team of federal defense attorneys and military defense attorneys can assist you through whatever process you are facing.

At Cannon & Associates, our attorneys have the experience and expertise needed to represent you and your loved ones embroiled in military drug cases or any other military criminal defense.

Founder John Cannon is a field grade officer and Judge Advocate in the Oklahoma National Guard, has been recognized as a Super Lawyer, and our team has years of experience in military justice. Contact Cannon & Associates by completing the CONTACT FORM ON THIS PAGE NOW or CALL at 405-657-2323 for a free confidential case evaluation.