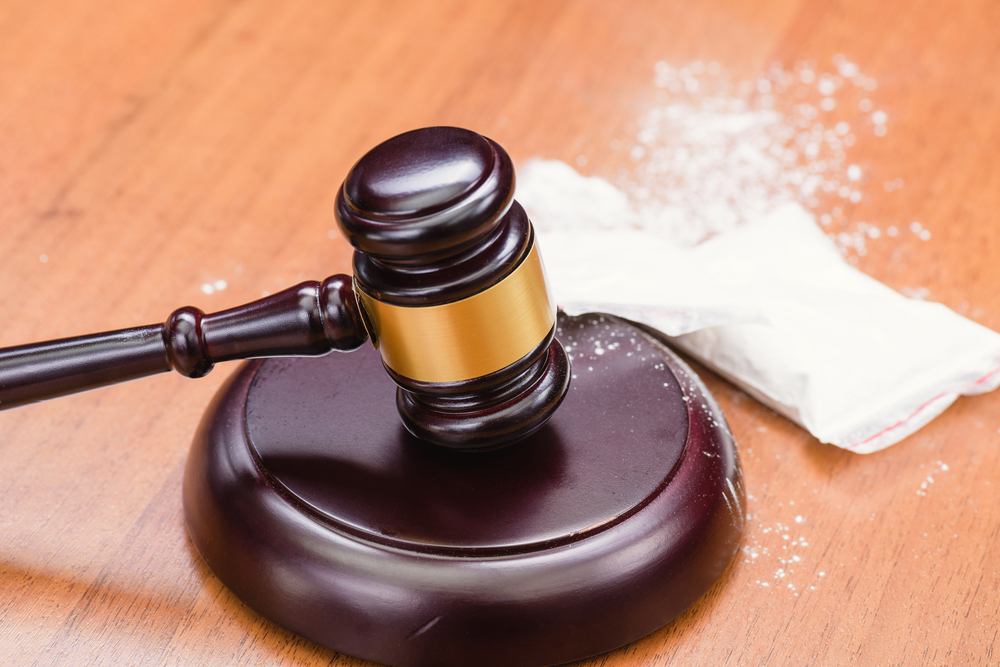 If this is your first drug trafficking offense, you may face a minimum of four to 10 years in prison, depending on the drug involved. The maximum penalty you face is a life sentence, again depending on the drug involved. You will also receive a fine of up to $500,000 of a first conviction. Drug trafficking laws in Oklahoma are strict liability offenses, meaning there is no necessary intent element. Rather, actual or constructive possession of a specific quantity of a specific illegal drug determines whether an offense meets the weight requirement for trafficking drugs or aggravated trafficking of drugs in Oklahoma. The penalties and fines increase with a greater amount or weight of illegal drugs.

The amounts of drugs that can trigger a trafficking charge are small in the grand scheme of things. For example, 28 grams of cocaine or PCP weighs about the same as a AA battery, while 5 grams of crack weighs the same as a nickel. You could be in possession of these drugs for personal use and still be charged with trafficking and face extremely stiff penalties, which is why hiring an experienced lawyer is vital to your case.

They Know the Law

Trafficking is taken extremely seriously in Oklahoma, and the laws are somewhat convoluted, especially considering you could get a sentence of anywhere from two years to life depending on the type and amount of drug you had in your possession. With such a range of penalties at the judge’s discretion, you need every advantage you can get. A drug trafficking defense attorney knows the nuances of the laws and how to ensure you get the minimum penalty possible.

They Have Relationships With the Other Players

Your attorney will know the other players involved in your case, including the prosecutor, police officers, and judge. They will know what type of deal they can get you based on their past dealings with the prosecutor in your case or the Court, if you decide to resolve your case before the judge in your drug trafficking case. You want someone who knows how to negotiate on your behalf so that you don’t go to prison for a lengthy sentence because of a mistake you made by carrying drugs that perhaps you didn’t even intend to distribute.

They Won’t Judge You

If you’ve been charged with drug trafficking, you might be embarrassed and hesitant to tell anyone what happened. However, your Oklahoma criminal defense lawyer is on your side and won’t judge you based on the allegations against you. They’ll fight for your rights as a defendant, and won’t let the prosecutor get away with treating you like a criminal. Our team is dedicated to Fierce Advocacy for every client and will fight for you every step of the process.

They Allow You to Focus on Your Life

The legal process can be slow, and you don’t need to be present for all of it, especially if you’ve been granted bail. There are some hearings that you don’t have to attend that your attorney can take care of for you. Hiring an experienced criminal defense attorney allows you to put your case in their hands and know you’re getting quality representation while you deal with the impact of your case on other aspects of your life.

You can’t afford to hire the wrong attorney when you’re facing the possibility of a harsh sentence if you’re convicted of drug trafficking.

Conclusion – Your Fierce Advocate for Drug Trafficking Defense
Oklahoma prosecutors and law enforcement agencies do not mess around regarding drug trafficking charges and punishments. You need a Fierce Advocate to help you through the legal process and provide you with the best representation possible. Contact Cannon & Associates today to discover how we can protect your rights and help you fight your drug trafficking charges.