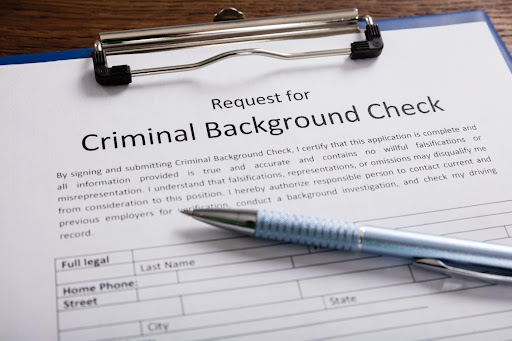 15 Ways to be Eligible for a Criminal Expungement

An expungement is the process you must follow in Court in order for your past to be sealed from the public view. The purpose of an expungement is to protect the privacy interests of certain individuals that qualify and allow those individuals to move forward in life without events from their past looming over their head, i.e. their criminal record.

In Oklahoma, in order to expunge a criminal record, you must fall within one of the 15 different categories of eligibility, which are found at Oklahoma Statutes Title 22 Section 18.

Categories of Eligibility for Expungement in Oklahoma

If you were charged with a crime, whether a felony or misdemeanor, and you were acquitted after either a jury or bench trial, then you are eligible to petition to have the entire criminal case removed from public view through the expungement process.

If you are someone who was charged and convicted of a crime, but your factual innocence was established by the use of new DNA evidence, you are eligible to petition to expunge your criminal case, regardless of whether or not you pled guilty, or whether you are in or out of custody.

If you have been convicted of a crime, whether it is a felony or misdemeanor, and the Governor of Oklahoma has issued you a full pardon (sometimes referred to as “granting clemency”), then the laws of Oklahoma have granted you the eligibility to petition a court to have the entire pardoned case expunged from the public view.

6. Oklahoma Expungement Criteria: Minor at the Time of Offense

If you were a minor (under 18 years of age) at the time a criminal offense was committed, and you were subsequently arrested or criminally charged, you can petition to have the criminal record expunged, provided you received a pardon for the offense.

Basis for expungement in Oklahoma No. 7, if you have been charged with one or more misdemeanor or felony crimes, and the charges were dismissed, you will be eligible to petition for an expungement of those charges, provided you have not been convicted of a felony previously and there are no criminal charges pending against you. This category also has the additional condition that either the statute of limitations for the crime(s) has expired or the prosecutor has confirmed the charges will not be refiled. This category does not apply to dismissals following a deferred sentence; those are the next two categories.

If you have been charged with a misdemeanor, and the charge was dismissed after successfully completing a deferred sentence, you can petition to have your case expunged after 1 year has passed since the charge was dismissed, provided you have never been convicted of a felony and have no pending criminal charges against you. This category is unique because it requires the Petitioner to wait 1 year after completing the deferred sentence before being eligible to petition for expungement.

If you have been charged with a nonviolent felony, and the charge was dismissed after successfully completing a deferred sentence, you are eligible to petition to have the felony case expunged, provided, again, that you have not been convicted of other felonies and have no criminal charges pending against you. Similar to the Misdemeanor Deferred Sentence category, this category also has a required waiting period of 5 years after the charge was dismissed.

If you have been convicted of a misdemeanor offense and given a fine of less than $500, you are eligible to petition for an expungement, provided the fine has been paid in full, you have no felony convictions, and there are no criminal charges pending against you.

If you have been convicted of a misdemeanor offense and you were sentenced to either (1) a term of imprisonment, (2) a suspended sentence, or (3) a fine of more than $500, you are eligible to petition to expunge your misdemeanor case, so long as you have not been convicted of a felony and have no pending criminal charges against you. This category also has the added requirement that the Petitioner wait at least 5 years since the end of the misdemeanor sentence.

If you have been convicted of two felony offenses, or fewer, and none of those offenses were listed in Section 13.1 of Title 21 of the Oklahoma Statutes (mostly violent crimes or crimes involving children), and none of those offenses required you to register under the Sex Offenders Registration Act, you are eligible to petition for an expungement of your felony charges. This category also requires there to be no felony or misdemeanor charges pending against you and has a waiting period of 10 years since the completion of the felony sentence.

If you were arrested, criminally charged, or named as the subject of an arrest warrant for a crime that was committed by someone else who stole your identity, then you are eligible to petition to have all records removed from public inspection.

If you were convicted of a nonviolent felony that has since been reclassified as a misdemeanor, and you are not currently serving a sentence for a crime, you are eligible to petition for expungement of the criminal case, provided that (1) at least 30 days have passed since the completion of the sentence, (2) any restitution is paid in full, and (3) any treatment program ordered by the court has been successfully completed.

Contact Cannon & Associates in Edmond for help with expunging your criminal past in Oklahoma. Our attorneys are Fierce Advocates for every client and will use our experience to do everything possible to reach the outcome you seek in your expungement.