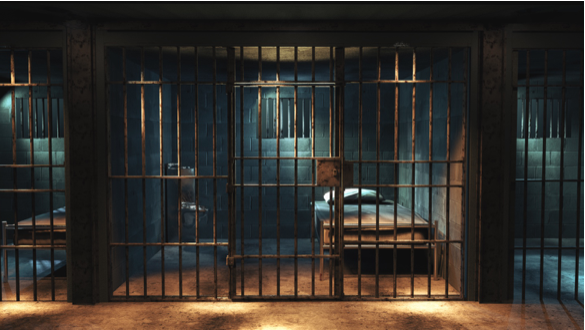 Being charged with a DUI offense in Oklahoma is a serious matter. Difficult consequences, potentially including jail time, may result, if your DUI case is not handled properly.  In Oklahoma, defendants facing a DUI, after former conviction or a felony DUI can face prison time for a second or subsequent DUI offense. In addition to prison or jail time, defendants facing a DUI in Oklahoma have to worry about other consequences including probation costs, fines, penalties, and more. To enjoy a better chance of avoiding a conviction, you should understand the steps to take immediately after your arrest for a DUI in Oklahoma. Read on to know 7 of the most important steps to take to avoid prison or jail after a DUI arrest in Oklahoma.

1st Key to Avoid Jail on a DUI Charge: Exercise your right to remain silent

After a DUI arrest in Oklahoma, it is of no use trying to explain yourself to police or the law enforcement officers. We are all wired for self-preservation and this can cause you to offer up information that may hurt your DUI case at a later date. As made popular by crime television and movies, you already know that you have the right to remain silent.

Your right to remain silent protects you from exposing damaging information to law enforcement and eventually the prosecutor of your DUI case. Anything you say can be used against you in a court of law, including prosecution following a DUI arrest. You should always exercise your right to remain silent, if you are being placed under arrest for a DUI. As hard as it may be to remain silent through the DUI arrest, remember that whatever you say may be the factor that damages your defense and/or limits your options when your DUI case gets to court.

After your DUI arrest, be sure to decline offering answers to questions asked by law enforcement officers. You are allowed to request your DUI defense attorney be present before answering questions. You will certainly have a time to tell your version of what happened during your DUI arrest. Speaking to police at the scene of your DUI arrest, is not the right time.

It is very scary to be placed in handcuffs and have your freedom taken, even if it is only for a moment. Many people have never had the experience of their freedom being taken away from them. Being thrown in jail has a huge impact on people and may cause them to want to offer information to the police. You should know that in this case, the police aren’t your friends.

Avoid the urge to tell your side of the story to the police or investigators after you are taken into custody, following your DUI arrest. Whether you are innocent or not, the only party you can trust to be on your side is your DUI defense attorney. You should also avoid engaging in conversations with other people in the jail. To increase the chances that your DUI defense attorney can obtain the best outcome for your DUI case, you should remain calm and wait to speak to your Oklahoma criminal defense attorney. Your chances of avoiding a conviction and jail time on your Oklahoma DUI case increases with your decision to remain calm and remain silent the entire time that you are in custody.

You are at a disadvantage, if you do not already have a criminal defense lawyer for your DUI case. The chances of avoiding jail time, a DUI conviction, and difficult terms of probation are greatly increased by identifying and retaining an experienced Oklahoma DUI defense attorney.

When considering an Oklahoma DUI attorney, always remember an experienced criminal defense attorney has more resources and bandwidth to fight for your interests than a public defender. Most Public Defenders have a huge caseload and are likely inexperienced, if they are assigned to DUI cases or a misdemeanor docket. Your chances of avoid jail time on your DUI case increase by hiring an experienced DUI attorney with knowledge and hundreds of cases under their belt, defending similarly situated clients. Increase your chances of walking out of a DUI charge by contacting Your Fierce Advocates at Cannon & Associates with decades of experience handling DUI cases across Oklahoma.

4th Key to Avoid Jail on a DUI Charge: Avoid Discussing Your Case

It is important to keep to yourself when facing any court case. Discussing your case can put you in danger of being incarcerated or thrown in jail. Be sure to speak directly to your lawyer and avoid speaking about your arrest or charges over the phone. Remember that all calls made in and out of Oklahoma County Jail and other jails are recorded and can be presented as evidence in court.

5th Key to Avoid Jail on a DUI Charge: Help your DUI Attorney Tell Your Story

DUI prosecutors are overwhelmed, just like Public Defenders; therefore, they rely on DUI defense attorneys to provide them context to each client’s DUI case and any information about the parties to the DUI. An experienced DUI defense attorney and their team can help identify the mitigation and extenuation in your life and circumstance that support your receiving mercy or grace in your DUI case.

DUI Mitigating Factors: is the principle of taking reasonable steps to minimize the harm suffered, i.e. reasons to make the punishment or circumstances less severe. Extenuation in a DUI case is similar, it tends to lessen the apparent seriousness of the DUI event. In a DUI case mitigation may include the following:

6th Key to Avoid Jail on a DUI Charge: Work on Yourself during Your DUI Case

Many people find themselves in a difficult place in their life when they are arrested and charged with a DUI. An experienced DUI defense attorney and their team will help you get on the right track in your case and your life. Our Fierce Advocates are dedicated to helping you identify potential employment and treatment options, wherever you are in the process of facing your Oklahoma DUI.

We have many DUI clients that benefit from a wide variety of services available in the community. These DUI and other services will not only benefit your treatment, but they also help you setup your DUI case for success. DUI prosecutors are more likely to give reasonable settlement or plea offers in a DUI case when they see DUI defendants that have been proactive in their case. Some of the most common resources our clients use when facing a DUI case in Oklahoma are the following:

When you are proactive in responding to the fact that you have been arrested and charged with a DUI in Oklahoma, you give your DUI defense attorney more ammunition to fight for the best possible outcome in your case.

7th Key to Avoid Jail on a DUI Charge: Gather Character Letters and Letters of Support

As mentioned above, your DUI case is in a sea of other criminal cases on the docket of one prosecutor. The attorney prosecuting your DUI case is overwhelmed and does not have the time to contact the relevant witnesses or character witnesses in every DUI case. Therefore, if you and your DUI defense firm are able to compile 3-5 letters of support or character letters from your employer and others in your community, it gives the prosecutor a great reason to give you a great deal.

In DUI cases and criminal cases in general, it is rare for defendants to have their community come and stand with them in support. Our Fierce Advocates are dedicated to assisting you in identifying those in your community that care about you and support you. In identifying these parties, we can provide them with templates and other resources to draft a letter of support or character letter for you, which may have a substantial impact on your DUI case.

When you can present not only your story, but others that believe in you and support you, it can greatly increase your chances of avoid jail time on your Oklahoma DUI. We have done this for many clients in the past and can assist you in preparing character witnesses as well.

Contact Cannon & Associates to protect your rights to freedom in a DUI case. Complete the CONTACT FORM ON THIS PAGE NOW or CALL at 405-300-1902 for a free confidential case evaluation.