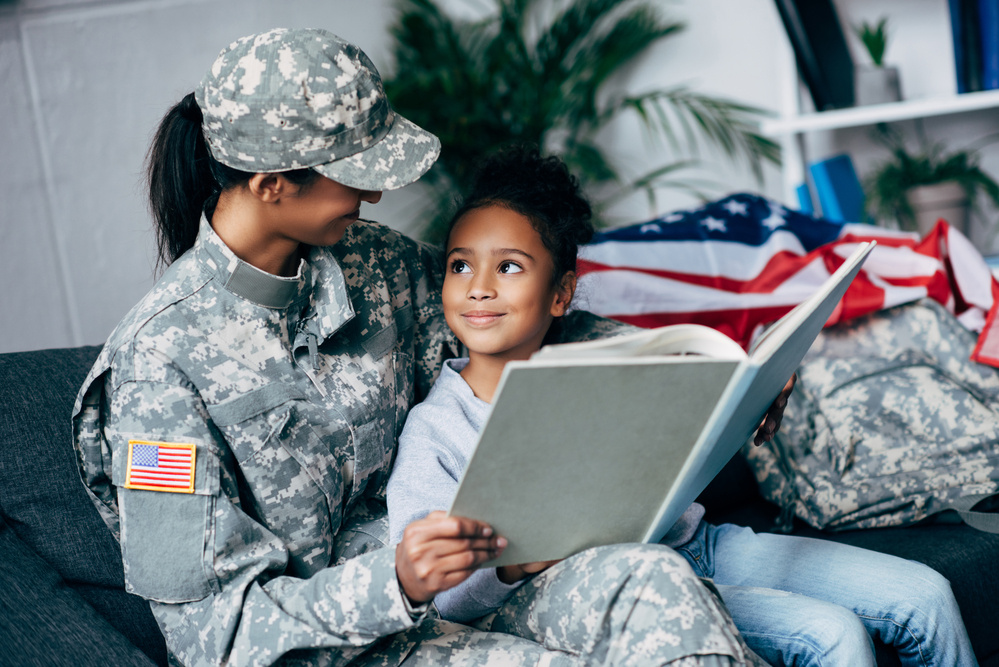 If you’re contemplating a divorce in Oklahoma City, you likely want to know who will get custody of your child. This fear may be especially prominent if you or your spouse is a service member occasionally deployed outside of the country. The best way to preserve your parental rights, and remain a part of your child’s life, is by partnering with an experienced military divorce lawyer.

The best interests of the child are the primary and overwhelming concerns of the courts when it comes to custody. Factors considered often include the:

The award of custody to one parent doesn’t mean the other is unfit, but that the court believes the child’s best interests are preserved by giving custody to the other parent. In turn, the non-custodial parent is entitled to visitation unless the court decides misconduct or a threat of injury would be detrimental to the child. The divorce decree may outline specific visitation terms, or these may be contained in a separate agreement that is part of the decree.

It’s important to know that changes to legislation now make it easier for active service duty parents to retain custody. Oklahoma strives to protect the rights of military service members in multiple ways, such as by allowing deployed parents to appear in court using teleconferencing software.

State laws also allow deployed parents to designate another family member who can continue with the visitation arrangement the service member would have received if they hadn’t been deployed (more on this in a moment). This ensures families remain connected during long periods of deployment. And, finally, the laws strictly forbid a non-military spouse from using deployment as a reason to modify a child custody arrangement.

When the military parent has sole custody, the court may allow that person’s sibling, parent, or another family member to assume guardianship over the child during times of deployment. Allowing the other parent to temporarily assume this responsibility is often recognized as a custody change, and the courts aren’t quick to act in such a manner – unless doing so is in the child’s best interest.

All Oklahoma City parents considering or going through a divorce should craft a parenting or family care plan (FCP) that details how they will share the care of their children once the divorce is finalized.

It’s also practical to create alternate parenting plans to meet the needs of various scenarios. To illustrate, if the service member will likely remain at a base near the child’s permanent home, the plan should include visitation that is consistent with the parent’s anticipated free time.

Generally, all service members who are divorced and have dependents must develop an FCP. This applies to both active and reserve service members, regardless of grade, and is considered an essential component of military readiness. Parents who serve in the military rarely know where or for how long they will be deployed, and in these cases, the FCP becomes vital to preserving custody and visitation arrangements.

Service members must be available for duty as necessary without interference from family responsibilities. And deployments can happen suddenly, making it difficult to make on-the-spot arrangements for a family member’s care. An FCP minimizes family-related stress and allows the Oklahoma City service member to concentrate more fully on their mission.

Form 5841-R, Power of Attorney, is the legal way a military member gives another person legal authority to care and make important decisions for their dependent child. This should be signed, notarized, and delivered to the guardian just before deployment. The chosen guardian should not be another military member who may be mobilized or deployed.

Form 5840-R, Certificate of Acceptance as Guardian or Escort, is to be signed by the guardian before a notary. The guardian must then return the form to the military member. This serves as verification that the guardian understands their childcare obligations. A military divorce lawyer can help you complete both forms to ensure all information is provided accurately.

Known as ODPCVA, this act works in tandem with the FCP required of divorced service members. It was designed to help maintain relationships between service members and their children during long periods of deployment. It also ensures child custody arrangements put into effect before deployment remain in place once deployment ends.

The act essentially “holds” custody or visitation arrangements by transferring them to another family member while the military parent is deployed. In this way, the ODPCVA maintains a service member’s parental rights during deployment.

Communicating With a Child

The ODPCVA also makes it possible for a deployed parent to remain in contact with their child. As part of a temporary order entered by the court as a result of deployment, that parent must specify the means by which they will contact the child. This can include e-mail, telephone, Internet camera, and other available methods. Deployed parents are also entitled to see their child during periods of leave, if feasible.

The Oklahoma Relocation Notification of Children statute was designed to facilitate cooperation between parents when one – namely, the military member – receives relocation orders. Before moving, that service member must provide the following information to the other parent:

How the Statute Works

Oklahoma family law believes every child benefits from a strong and continual relationship with both parents. The Relocation Statute is intended to keep both intact by informing the other parent before a child is moved out of state. The parent seeking to relocate must give notice to the other parent at least 60 days before the relocation date or as soon as possible.

The non-relocating parent can seek a court order to stop the child from moving out of state. The court will then schedule a hearing and use that time to decide if the move is necessary or an attempt to circumvent the other parent’s custody or visitation. Although service members cannot always comply with all components of the Statute, it is intended to protect the rights of both parents.

Child custody and visitation can be difficult to arrange when one parent is a service member. This is why it’s crucial you speak to a military divorce lawyer. They can navigate the many laws that govern military divorces and help you maintain a close, connected relationship with your child. We have experience in this very field and are devoted to providing you with comprehensive representation. Contact Cannon & Associates today to schedule your case evaluation.