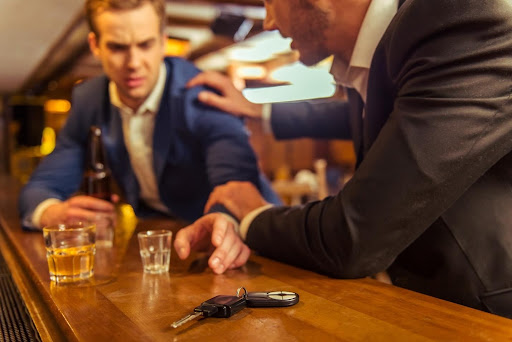 Felony DUI in Oklahoma: When Things Get Out of Hand

Drunk driving is a criminal offense in Oklahoma and every other state. This criminal offense carries severe penalties, from hefty fines to possible prison terms, court-ordered classes, driver’s license suspension, probation, or others. Although each criminal case is unique and prosecution is case-by-case, most DUI cases are typically handled as misdemeanors. However, there are some exceptions, especially when aggravating factors are recorded. The presence of aggravating factors or circumstances can raise a DUI case from a misdemeanor to a felony. Some of these circumstances include:

Drivers who have been charged for multiple DUI charges may easily face felony charges for DUI. Any person who has been charged with DUI within ten years of a prior conviction in Oklahoma may be charged with a felony offense. It is important to note Oklahoma has extremely harsh DUI laws compared to some states. In some other states, a driver may be allowed three to four DUI offenses priors to a DUI offense being elevated to a felony charge. Felony DUI charges in Oklahoma carry a minimum of a one-year prison term but may rise to as high as 20 years, depending on the facts of the case.

Oklahoma, in 2009, passed a new law that elevated DUI offenses to a felony charge when an arrest is made with a minor or child passenger. Child endangerment is strictly frowned upon by the state as reflected in its laws. Offenders are allowed little to no leniency. Defendants faced with DUI child endangerment may face as high as five years prison sentence for their first offense. The penalty rises for subsequent offenses. The court may also punish non-driving parents if they know the driver’s intoxication to serve as a deterrent.

Motorists driving under the influence of drugs and alcohol are more likely to make questionable decisions. If their decision leads to the death of another person, they may be charged with vehicular manslaughter. Manslaughter is a felony offense and is perhaps the most serious DUI allegation one can face. A conviction can reign in punishments anywhere between four years and life imprisonment. Persons with prior DUI convictions may face an even worse fate.

Can a First DUI Offense Be Treated as a Felony Charge?

If you have been arrested for a DUI offense, the factors surrounding your case can determine its outcome. Some of the common aggravating factors that can increase punishment for DUI include;

The presence of a child or minor in the car at the time of the arrest.
DUI cases, whether a misdemeanor or felony can carry life altering consuquences. You deserve to have a Fierce Advocate DUI lawyer in your corner. Contact Cannon & Associates to protect your rights and freedom in your Oklahoma DUI case. Complete the CONTACT FORM ON THIS PAGE NOW or CALL at 405-657-2323 for a free confidential case evaluation.