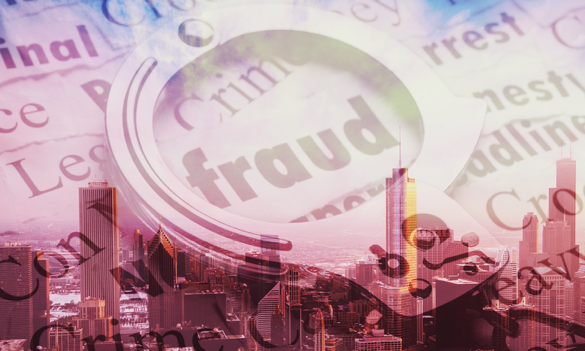 When facing federal white-collar criminal charges, it is important to note there are various alleged crimes under this umbrella; the similarity, however, is the allegation of fraudulent activities. In such a federal case like this, it is best to hire a federal criminal defense attorney with experience in Oklahoma federal criminal court. Cannon & Associates represents federal defendants facing criminal prosecution in all federal courts in Oklahoma, who have been accused of federal fraud crimes. Some of the most common types of federal white-collar crimes include the following:

Several federal criminal cases concern an allegation of mail and wire fraud. For wire fraud, the defendant is more likely to be prosecuted for bank fraud if the victim was a bank or financial institution. However, if the victim was a mortgage company, the case will be prosecuted under the statutes established for bank fraud. Defendants, including environmental laboratories and industrial polluters, who have been accused of failing to adequately test samples presented by the government, may also be charged with fraud.

Healthcare professionals may also be accused of fraudulent dealings, especially if they have been uncovered as part of an ongoing or completed healthcare fraud case. While such a professional is under investigation, they may face severe consequences like the revocation of their professional license as well as the ability to accept government-backed health insurance like Medicaid and Medicare. When healthcare professionals are under investigation or have been accused of such offenses, hiring a federal criminal defense lawyer is recommended.

Tax errors and related frauds are often investigated by the IRS. All errors, including innocent mistakes and downright tax evasions, are handled by this agency and come with heavy fines and penalties, if IRS investigators and prosecutors in the US Attorney’s Office believe your conduct amounts to federal tax fraud. Tax evasion, one of the most common federal crimes investigated by the IRS involves the intentional underpayment of taxes or the failure to remit taxes to the government. Tax evasion may be in various forms including transfer of or hiding of assets to lower tax liability.

Tax fraud happens when a taxpayer deliberately or by error fails to provide his or her complete tax information to the IRS. The aim of federal tax fraud statutes is to minimize tax liability and may be carried out by falsifying income records, overstating deductions, and underreporting income. When audits are carried out by the IRS, honest mistakes may be spotted and avoid criminal prosecutor, if the taxes and fines are paid. However, the IRS does seek federal prosecution against individuals with large amounts of money that go untaxed. The IRS may also come after individuals who knowingly helped others to hide their assets with the aim to evade tax.

States and Federal courts are increasingly charging individuals and groups with crimes that pertain to the use of the internet or computers. With many fraudulent activities now being conducted with the use of the internet, it is not unusual for allegations of hacking, wire fraud, and others computer crimes to be prosecuted in federal court. Other kinds of federal computer crimes include offenses, which were conducted by the use of a computer or internet, such as federal child pornography cases and federal drug trafficking cases.

When faced with a federal criminal charge, including federal white-collar allegations, contact Cannon & Associates to protect your rights and interests. Complete the CONTACT FORM ON THIS PAGE NOW or CALL at 405-657-2323 for a free confidential case evaluation.