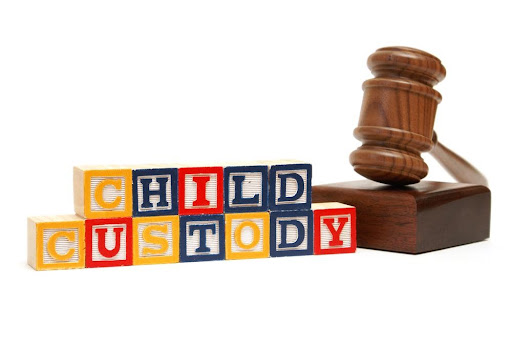 What is the Child Custody Process in Oklahoma

Types of Custody in Oklahoma

There are multiple custody arraignments in Oklahoma child custody cases. The best place to start a discussion of child custody in Oklahoma is the distinction between legal custody and physical custody. Legal custody is the less often considered concept. It refers to the parent that has authority to make important decisions on the child’s behalf, i.e. religious upbringing, education, medical, extracurricular, discipline, and other issues related to the overall well-being of your child. Physical custody is more obvious, it refers to who your child lives with or spends overnights.

Joint Legal Custody: Joint legal custody is very common in Oklahoma, it is an arraignment where both parents are included in important decisions on the child’s behalf, including healthcare decisions, education, etc. Even in joint legal custody arrangements, one parent is typically identified as the primary decision maker that decides the tie, if the parties are unable to settle an issue.

Sole Legal Custody: sole legal custody is difficult to achieve if both parents are involved in the child’s life. In sole legal custody, only the custodial parent has the authority to make important decisions impacting the overall well-being of the parties’ child.

Joint Physical Custody: the child will spend a pre-determined amount of time with each parent throughout the school year, summer and winter breaks with joint physical custody.  The parties may deviate from the specific schedule by agreement; however, each parent is entitled to seek relief from the Court when their physical custody time is interfered with by the other parent.

Split Custody: although it is considered unusual and rarely implemented, split custody is an option best suited for some families. In split custody, the couple has more than one child and each parent is awarded primary custody of at least one of the children with diffent visitations schedules for different children.

Bird Nesting: Bird nesting is an unusual custody method, in which the children remain in the marital home or family home full-time and the parents rotate in and out of the family home on a specific schedule. This arrangement is sometimes used during divorce to ease the transition for the children; however, it is rarely used as a physical custody agreement or physical custody order once a divorce is finalized.

How is Child Custody Decided?

One of the biggest benefits to an agreed child custody order is the fact you have control over the outcome. The earlier you identify to yourself and your child custody attorney, what you want the custody of your children to be, the easier the process will be for you. Now that you are aware of the elements of child custody, you can begin to evaluate what matters most to you.

For some parents, having final decision-making authority is crucial. However, other parents want to ensure they spend a substantial amount of time with their children on a routine basis or your children are will you on specific days in the year. Whatever the issues that matter most to you, the earlier you can evaluate and determine the child custody arrangement you want and what you are willing to settle for in your child custody case, the better.

Although these orders are temporary in nature, it is very important to fight for the visitation schedule and temporary custody orders that you want for your children. Oftentimes, the status quo or new normal established at this phase will last the rest of the divorce and into child custody beyond divorce. Do not overlook the importance of this crucial phase of your divorce with minor children. By establishing the physical custody schedule you want at this point, you increase the chance of it remaining in place beyond the final divorce order.

In some contested child custody cases, an attorney will be appointed by the court to represent the interests of the child. These attorneys are called Guardian Ad Litem or GAL. The GAL is supposed to be a neutral third party that evaluates the parents and the children on multiple bases, in order to form a report to the Court concerning the best interest of the children for custody.

The selection of a specific GAL in your divorce with minor children or contested child custody case is very important. GALs are people and often-times they tend to lean towards one perspective or another; therefore, it is important to speak in detail with your chosen divorce attorney to identify and retain the GAL that will be fair to you and your interests related to custody of your children.

Most family law judges have more cases on their docket, cases assigned to one specific judge, than the court has time to hear. Therefore, different systems have been put in place to assist parties in reaching a resolution without a lengthy trial before the court. One of the most common of these tools in contested child custody cases or divorces with minor children is mediation.

Mediation in child custody cases is an opportunity for each party to appear with their divorce attorney before a neutral and often very experienced family law attorney and present their case for the mediator, third-party, to evaluate. During and after mediation in a child custody case or divorce with minor children, the mediator will give his or her opinion on what he or she thinks is likely to be the outcome at trial, if the case were to proceed to trial.

The mediator will discuss the law and its implications on the facts of the case at hand and make recommendations for resolution to the parties. Oftentimes, the mediator will present a resolution that is somewhere between what each party wants, in an attempt to find a middle ground that each party is willing to accept with finality. Again, an agreed resolution before a mediator provides certainty, versus the unknown of what the court will order in a custody trial.

In Oklahoma, the family law court is required to consider certain elements in a contested child custody case or when custody is contested in a divorce. In Oklahoma, as with most states, determine contested child custody cases based on what the court determines to be the best interest of the child. This term or standard can seem all encompassing and very daunting to parents facing divorce. However, it is intended to afford the court much room for interpretation and to find equity in deciding the physical custody and legal custody that is best for the children in the middle of the specific divorce before the court.

The outcome in a contested child custody matter may not be apparent to the parties or the court at the beginning of a custody battle. However, the following factors are commonly used by courts in custody fights to help determine the arrangement for custody that serves the best interest of the children:

At the conclusion of a contested child custody trial or divorce trial with minor children, the family law judge will enter a custody order that is binding on the parties. The court’s order will decide legal custody and physical custody, including a custody plan that details when children will be with which specific parent. Although final in district court, a parent may file an appeal to seek to have a higher court reconsider and potentially overturn a district court family law judge’s decision on legal custody, physical custody, and any other issues before the court.

Once custody is decided by a court, the parties are bound by the court’s order. In Oklahoma, once six months have passed and upon the showing of a material change in circumstances, a party can seek to modify an existing court order regarding child custody. The “permanent, material, and substantial change in circumstances is a heavy burden. You cannot simply argue that you are the better parent, a change must have occurred between the court’s initial order and the request to modify. Therefore, as stated above, it is very important to seek to obtain the legal custody and physical custody order that is best for you and your children in the initial child custody determination.

When you are facing divorce or a child custody dispute, it is important to know your options and the laws that apply to your situation. We hope this guide to the child custody process in Oklahoma has answered many of your questions.
We encourage you to visit other pages of our website for more information and know Cannon & Associates shares this information as we care deeply about those facing divorce with children. Complete the CONTACT FORM ON THIS PAGE NOW or CALL at 405-657-2323 for answers to your questions about child custody and divorce with minor children in Oklahoma. We look forward to being Your Fierce Advocates™.