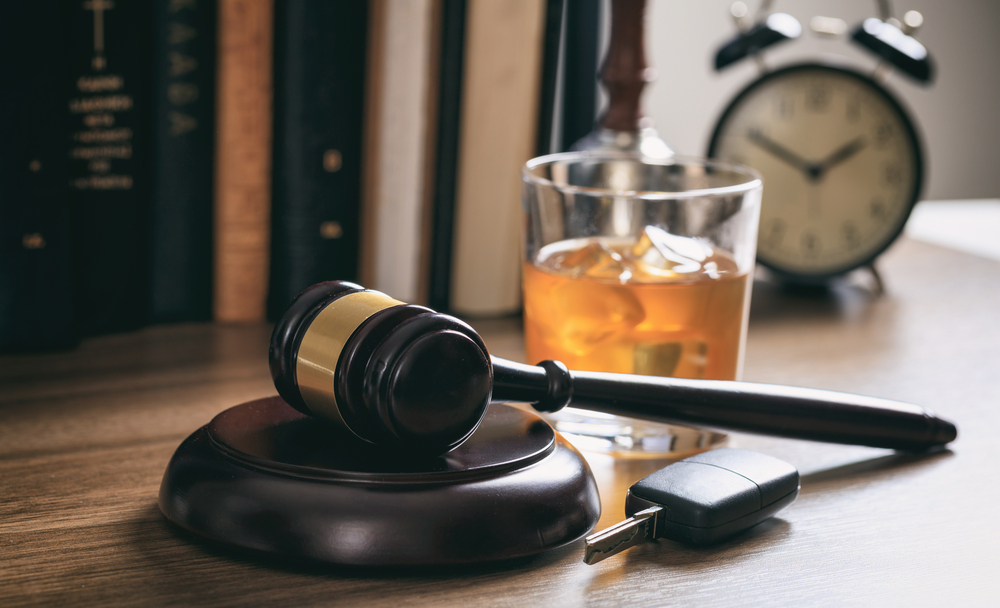 If you’ve been charged with a DUI in Oklahoma City, then you’re likely wondering if you should consult an Oklahoma City DUI & DWI lawyer to take on your case. Taking on a charge like this in court is frightening when you’re alone and inexperienced with it, so hiring a lawyer will give you the best chance of success in the aftermath of your DUI.

8 Reasons to Hire a DUI Attorney in Oklahoma City

1. The Law Can Get Complicated

You need a solid understanding of the law regarding driving under the influence in Oklahoma City, and that’s not easy for an inexperienced person to obtain in time to represent themselves in court. An Oklahoma City DUI attorney has that solid understanding, and they’ll always have a firm grasp of what they’ll need to do to take on the complicated circumstances of your DUI case.

It’s not a good idea to represent yourself when the law can be so tricky and varied in different cases. You need to consider what’s at stake and what you could be losing if you make one tiny mistake.

Additionally, the administratice process following a DUI can have longterm impacts on your driving privilege. One wrong word could end up with you losing your license, so it’s best to let a professional take the case.

2. The Arrest Can Lead to Immediate Consequences

If you get arrested for DUI, then some of the consequences of this can come into play immediately. Your driver’s license will be suspended by default, and in some cases, you can lose the right to appeal the suspension if you don’t do so within a certain time period. You need a lawyer familiar with DUI defense and its impact at DPS on your license, aaqto advise you on what to do if this occurs.

3. The Conviction Has Substantial Penalties You Want to Avoid

The consequences of being convicted of a DUI are incredibly serious. If your DUI is filed in a municipal city court, then you may face both a fee of $1,200 and six months of jail time. Even if it’s your first offense, you can get put behind bars for a minimum of 10 days, and you may have to pay a fine of $1,000. However, if you’re lucky, then you can avoid conviction in some cases.

A conviction can often be avoided if this is your first time being charged with a DUI, but if it’s not your first time, then you may be charged with a felony DUI. This adds another layer of severity and seriousness to your case, and it’s definitely a reason to consult someone who knows the law professionally. Your first felony offense may end up getting you a $2,500 fine and 1-5 years in the state penitentiary, but a highly trained Oklahoma City DUI lawyer may be able to help you avoid that.

4. The DUI Can Impact Other Parts of Your Life

If you have a deal with a DUI on your record, then you might find it difficult to find housing, a high-paying job, and a college that will accept you (if applicable). This impact can last for years, and it will affect you for much longer than temporarily losing your freedom, money, and license will. You won’t end up in this difficult situation if you’re not convicted, so hiring a lawyer is the best way to ensure your future is not impacted by this incident.

5. The Other Side Has Experienced Lawyers

The state that’s making the case against you will always have experienced lawyers on their side to defend the law you allegedly broke and prove how you broke it. An individual going up against a team of opposing and experienced lawyers alone is never a good idea. It’s going to be difficult for you to win without legal representation of your own. Don’t let the state’s team get the better of you, and ensure there’s a lawyer that has your back, too.

You’ll be innocent until proven guilty, but that doesn’t mean you’re safe until you’re proven guilty. Innocent people who don’t have effective legal representation in the courtroom are convicted all the time, so you won’t be able to rest easy until your DUI case is entirely taken care of and resolved. Having an experienced Oklahoma City DUI & DWI lawyer on your side will increase the likelihood this case is resolved as quickly as possible with the best outcome.

On top of that, you might think you’re innocent, but you could still be in violation of the law. Feeling and being able to act sober doesn’t matter. if your blood-alcohol concentration is .08 or higher, then it’s always going to be considered a DUI. If your blood-alcohol content is as low as .06 or .07, then you’re still at fault and can be charged with driving while impaired (DWI). This can carry a similar level of weight to a DUI.

7. The Costs Are Lower When You Hire a DUI Lawyer

Handling a court case on your own can be costly, and in many cases, hiring a lawyer to represent you will cost less than handling the case by yourself. Your case may be simple, and the price of a lawyer may be less than the fine that the court was going to issue you.

You need to think in the long run, too—if you don’t hire a lawyer and have a bad outcome in court, then you’ll be paying for it monetarily for years to come while you struggle to find work. Hiring an experienced DUI lawyer will cost you upfront, but it will incease your chances of your DUI not prohibitting you from getting a good job in the future.

You might think that driving under the influence has no possible defenses, as it is entirely illegal regardless of the circumstances. However, while it’s still illegal, there are many defenses that can come into play in your case that may help you avoid conviction.

You may miss these defenses by yourself, but an experienced Oklahoma City DUI attorney can claim one of these defenses on your behalf, where applicable. Let’s look at some of the defenses that your lawyer can use to represent you:

You Weren’t Allowed to Contact a DUI Attorney During Investigations

If you weren’t allowed to contact an attorney during your DUI investigation, then it’s a breach of your rights, and your charges can be dismissed in some cases.

Your Breath Alcohol Test Was Inaccurate

Breathalyzers aren’t always accurate. It’s an indirect measurement of your blood alcohol level, and a single test is insufficient when trying to determine the alcohol level in your system. Your lawyer can consult with a forensic toxicology expert to help determine whether your test was accurate not. If it wasn’t accurate, then your case may be dismissed.

You Were Stopped Illegally

An officer needs to believe you’re breaking a traffic law or another law to pull you over. If there was no justification for the stop, then your case can be dismissed. Your lawyer can analyze your case by using security cameras or the officer’s bodycam to see if you were in obvious violation of any laws. If you weren’t, then your lawyer may be able to file a Motion to Suppress Evidence.

Contact Cannon & Associates to help you with your DUI. We want only the best for you, and we’ll offer you a free case evaluation to help us, get started.