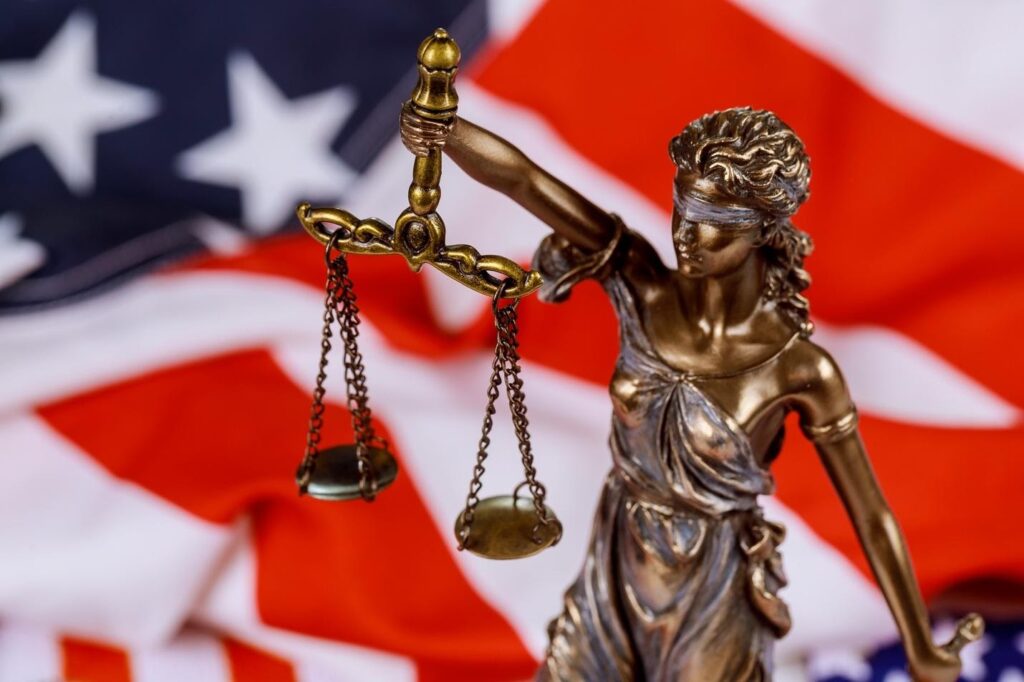 What Happens When You are Accused of a Federal Crime?

If you have been accused of a federal crime, it is normal to feel like the world is crashing down on you. However, beating yourself up won’t solve a thing. A good way to approach this situation is to become familiar with what is to come and how to handle it. A federal criminal case can be lengthy and each day may be as terrifying as the last. Read on to know what to expect.

What is a Federal Crime?

A federal crime is any criminal offense that is prosecuted under federal criminal law. Crimes like bank robberty, possession of firearms by prohibited persons, mail fraud, kidnapping, credit card fraud, identity theft, cybercrimes, tax evasion, and others are classified under Federal crime and are considered to be crimes committed against the United States. Many of these criminal charges carry hefty punishments upon conviction. If you or a loved one has been arrested and accused of federal crimes, you should hire an experienced federal criminal defense attorney to assist you. However, the following are some of the stages involved in federal criminal prosecution.

Prosecution in a federal criminal case starts with an investigation. An investigation begins long before an arrest is made or an indictment. In most cases, people who are being investigated are not aware of their status. The investigative stage may take several months or even years, depending on how long it takes the agency or team to gather enough evidence against the individual or group.

The investigative process is often conducted by federal agencies like the FBI, DEA. Secret Service, or the Department of Homeland Security, depending on the case involved. Two or more of these agencies may also collaborate to investigate a subject where necessary. Agents may require court-ordered search warrants to search or seize incriminating evidence which may be in electronic form or hard copies. Investigators may also act based on circumstantial evidence that ties the subject of the investigation to the case.

After relevant and substantial information has been gathered about the subject and case, it is presented to a federal prosecutor. The federal prosecutor may, in some felony cases, call on a grand jury (comprised of 16 to 23 select people) whose job is to review the investigative report and determine whether it is enough grounds to prosecute. The grand jury, before making a decision, is exposed to the evidence and proceedings similar to a standard criminal trial. If the evidence is deemed enough, the grand jury will return an indictment and the case proceeds to arraignment in federal court.

After passing through the grand jury, the subject is arrested and officially charged or indicted with a federal crime or multiple federal crimes. The arraignment affords the defendant access to the official charges against them. All of this is done before a magistrate. The magistrate, after the charges have been heard, then decides whether or not to grant bail to the accused. If bail is granted, the conditions will be determined based on the federal criminal charges leveled against the defendant. During this process, suspects should have a federal criminal lawyer by their side to advocate for their rights and interest. Pretrial detention or pretrial release is a very important part of the process and it is vital to have competent counsel to assist you in seeking pretrial release, while your case is pending in federal court.

After the charges have been made known, trial preparation begins on both sides of the coin. The federal prosecutors plan their strategy while the defendant also works closely with his or her legal team to research and plan the best strategies that offer a shot at positive outcomes. The weeks and months preceding the trial will involve exchanges between both the defense and prosecution counsels. This exchange of documents and evidence is known as discovery.

Trials are often time-consuming and costly. To cut back on the cost of the legal process, the prosecutors may offer a plea deal that saves both parties time and resources. The plea deal is focused on getting the defendant(s) to plead guilty to some of the charges in exchange for a reduced sentence. The defendant’s counsel may consider the plea deal, negotiate better terms, or reject it.

Most federal criminal cases do not proceed to jury trial. Rather, they often end with a formal plea agreement between the U.S. Attorney’s Office, federal prosecutors, and the defendant. In exchange for forfeiting the right to a jury trial, the government will often agree to dismiss some charges or recommend a lighter sentence at the sentencing hearing.

Prosecutors and defense attorneys may file motions for different reasons to help their case before, during, or after the federal criminal trial. One of the most common motions from the defense attorneys is the motion to suppress or dismiss. This motion can be filed if the defense attorney feels that there wasn’t legal grounds for some conduct by law enforcement and evidence should be kept out of the case based on law enforcement misconduct or there is not enough evidence to support the charges against the defendant. The prosecution may also file motions to help their case.

This is the most overwhelming part of the case. it may be lengthy, lasting a few days or weeks, or otherwise. During the federal criminal trial proceeding, the prosecutor and defense attorneys are allowed to argue their case by presenting evidence, countering evidence, and stating the facts of the case. After the arguments have been submitted, both parties will deliver their closing arguments and the jury is allowed to deliberate on the final verdict.

Sentencing only takes place in federal court after a change of plea, forfeiture of right to jury trial or a guilty verdict at trial. Your case will be dismissed and you will be free to go on about your life, if the jury returns a verdict of not guilty on all counts.

However, your case will proceed to sentencing if at the end of the trial proceeding, the jury considers the evidence, arguments delivered by both parties in support and against the charges, as well as the facts and finds you guilty.

Depending on the jury’s decision, the judge considers the federal laws regulating the crime committed as well as the facts of the case before arriving at a sentence. Your federal criminal defense attorney will prepare your case for argument at the sentencing hearing, as well as file a sentencing memorandum in support of a lighter sentence or leniency by the court.

The prosecution may or may not file a sentencing memorandum; however, your case will be evaluated by the federal probation office and a presentence investigation will be conducted and presented to the court. At the final sentencing hearing, both parties are allowed to present evidence in support of the sentence or outcome the party believes is appropriate and the federal judge will decide your sentence. The defendant may be sentenced to probation or time in federal prison.

Appeals come after a conviction has been pronounced. The defendant may feel that he or she has been wrongfully sentenced and may wish to appeal the decision. The defense attorney may request a new trial or file for a more appropriate sentence. Appeals are not fast action, the process may take several months or years, depending on a wide range of factors. Additionally, post-trial matters may be raised by your federal criminal defense attorney to the district court to assist your case at this phase of the process.