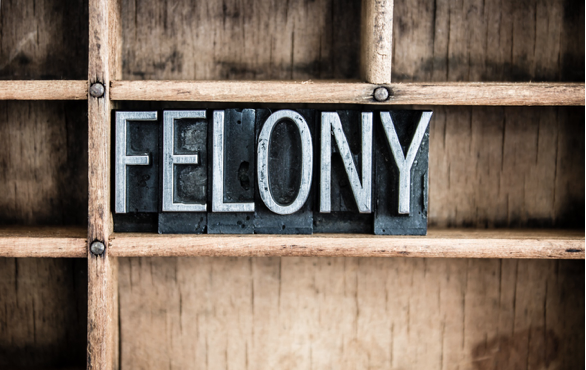 How long does a felony stay on your record in Oklahoma?

The great news is that some individuals can expunge a reclassified felony in Oklahoma within 30 days. However, generally speaking Oklahoma felonies attract steep punishments. The effects of a felony conviction can continue to harm you even after the sentence has been completed. Employers, property managers, landlords, and others may access this criminal record and make decisions based on it. Expungements save you from these by sealing your criminal records from public access.

In Oklahoma, tens of thousands of people with felony records are now eligible to have them erased under the new state law effective November 1, 2019. The legislature allows individuals with reclassified offenses to expunge their reclassified offense 30 days after their sentence completion. This provision holds regardless of other prior offenses or pending charges. However, the state requires that individuals must have completed any treatment ordered and paid restitution in full to be eligible for expungement.

How Oklahoma Expungement Laws Have Changed Over the Years

The changes to Oklahoma’s expungement laws are motivated by legislators’ zeal to reintegrate individuals with a criminal record into society. A criminal record with a felony conviction may be a limiting factor to many Oklahomans who wish to put their past behind them. Many employers do not consider applicants with prior felony convictions for many reasons. The disqualification for employment opportunities makes it harder for these individuals to reintegrate. Their criminal record also holds them back from owning a firearm, running for office, voting, professional licensing certifications, and certain housing opportunities.

As of 1987, individuals whose cases were struck out at trial, those arrested but not charged, minors (under the age of 18) at the time of the offense and have received a conviction pardon were eligible for expungements. In 2000, the legislature added expungements for defendants whose convictions were reversed on appeal; however, it was only available for juvenile convictions and court cases that were struck out.

In 2002, Oklahoma legislators removed a single misdemeanor ten years after the sentence was completed. In the same year, nonviolent felonies became eligible for expungement with a governor’s pardon as a requirement. In 2004, the legislature also added factual innocence proven by DNA evidence to the list of expungement qualifications. The list of qualifications has continued to grow since then and waiting times have significantly decreased.

Individuals with no felony convictions and no pending felony or misdemeanor charges can now enjoy expungements while considering these updates.

The opportunity for expungement of your criminal record is easier now than ever before. Deferred judgments in misdemeanor can be expunged one year after charges are dismissed;

Deferred judgments in nonviolent felonies can be expunged five years after charges are dismissed.

Further, misdemeanors attracting fines of under $501 with no jail time or suspend sentence imposed can be expunged immediately, i.e. you can immediately expungement misdemeanor convictions that meet this qualification.

Misdemeanors resulting in fines over $500 can be expunged five years after sentence completion;

A single nonviolent felony can be expunged five years after the dismissal of charges provided there are no pending felony or misdemeanor convictions in the past seven years;

A second nonviolent felony can be expunged ten years after sentence completion provided there are no requirements to register as a sex offender;

Crimes committed by someone else using stolen identity can be expunged from the innocent party’s records.

Obtaining an expungement is a key part of starting your life afresh and keeping the past where it belongs – in the past. Speak to experienced Oklahoma expungement attorneys at Cannon & Associates for legal guidance and information concerning your criminal record’s eligibility for expungement. Complete the CONTACT FORM ON THIS PAGE NOW or CALL at 405-657-2323 for answers to your questions today.