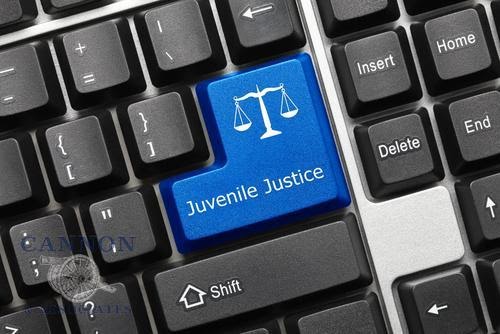 The age limit for entry into Delayed Sentencing has increased to Twenty-Five for the best reason possible; fewer offenders are going to prison due to drug possession offenses being categorized as misdemeanors!

The Delayed Sentencing Program, also known as the Regimented Inmate Discipline Program or RID, is detailed in Oklahoma criminal statutes at OKLA. STAT. tit. 22 §§ 996 to 996.3. The rules and policies of the program are contained in Section 996.3, which is available here online. This program is designed for young adults that are too old to be classified as juveniles or youthful offenders yet can still benefit from leniency not afforded to adult offenders.

CHANGE IN THE LAW TO INCREASE ELIGIBILITY

Originally, RID was started by the Oklahoma Department of Corrections (DOC) as a deferred sentencing alternative for young adults ages eighteen (18) to twenty-one (21) years old. Young or Youthful Offenders in this small age range do not qualify as a juvenile or youthful offender, yet often these young adults need additional guidance, discipline, and tools necessary to become productive members of society. For these reasons, effective November 21, 2021, the Oklahoma Legislature opened the age range for RID eligibility! Young adults facing serious criminal charges may now participate in RID or Delayed Sentencing up to the age of twenty-five (25) years old.   This is a great step in the right direction for decreasing the number of young men and women in prison.

To clarify, the offender must be between the ages of eighteen (18) to twenty-five (25) at the time of a verdict of guilty, a plea of guilty, or a plea of no contest for a nonviolent felony offense; or, alternatively, the offender may be a juvenile who has been certified to stand trial as an adult for a nonviolent felony offense, who has no charges pending for a violent offense and who has not been convicted or adjudicated as a juvenile delinquent or youthful offender.

In addition to being between the ages of eighteen (18) to twenty-five (25), to be eligible for RID, the offender must not be convicted of any violent crimes. The complete list of violent crimes, drug crimes, and sex crimes that prohibit participation in RID can be found here.

WHAT IS RID & HOW DOES IT WORK?

RID is similar to military boot camp in that it is an intensive program with limited freedom, many rules, and physical activity. The program can be completed in six months; however, it often takes up to one year to complete. The Oklahoma Department of Corrections tracks the conduct and misconduct of every participant and presents a Pre-Sentence Investigation report (PSI) to the Court for consideration at sentencing. The PSI will recommend a probation plan for the offender, including treatment, drug rehabilitation or drug treatment, restitution, education or vocational training, and other programs that address the identified needs of the offender.

Facing serious felony charges in Oklahoma is stressful enough; however, adding the factor of being a young adult in this situation is even more difficult. Fortunately, the legislature has created an opportunity for young adults to avoid prison or jail time by participation in Delayed Sentencing and have now increased eligibility for participation in RID for those ages 18 to 25 years old!

Although the program is as difficult as it sounds, it is an opportunity to avoid prison and a felony conviction. You should contact an experienced Criminal Defense Attorney as early as possible in your criminal case, especially if you or a loved one is a young adult.