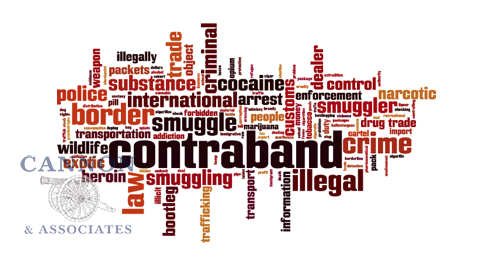 What does Drug Trafficking Mean?

Originally the federal sentencing guidelines dictated mandatory minimum sentences for anyone convicted of federal drug trafficking. Meaning, a federal judge considering a particular federal criminal defendant and their circumstances was prohibited from granting a lighter sentence than the mandatory minimum in any federal drug trafficking case. For example, a federal criminal defendant in possession of 100 grams of methamphetamine or 50 grams of crack cocaine faced a mandatory minimum of ten (10) years in federal prison without the possibility of early parole.
Fortunately, in 2005 the United States Supreme Court ruled in U.S. v. Booker that the sentencing guidelines are advisory and the court could deviate from the mandatory minimums.

The federal sentencing guidelines still impose minimum and maximum sentences for federal drug trafficking offenses; however, the court takes sentencing factors into consideration prior to reaching a sentence. The federal sentencing factors consider both aggravators in a sentence and mitigation or extenuating information, i.e. was someone injured? Does the person have prior convictions? Was a victim substantially negatively impacted by the offense?

Retaining a federal drug defense attorney early on in your case, including during the investigation can greatly assist you in reaching the best outcome possible. Our Fierce Advocates can assist in conducting our own investigation to challenge the evidence collected by federal agents, i.e. wiretaps, witness statements, informants, search warrants, and federal indictments. We can assist you in hold federal investigations to your Constitutional Rights in the following types of cases; with the drug trafficking defenses below and more:

No illegally obtained evidence that the police collected can be used against you in your drug trafficking case. The most common causes of illegal searches and seizures are as follows: illegal traffic stops (traffic stops without probable cause), illegal searches of your person with cause, and searches of vehicles or your home without a warrant. Any time an officer conducts a search or a seizure without probable cause, your rights have been violated and that evidence should be suppressed by the Court. Police often try to use an exigent circumstance to form the basis for an otherwise illegal search; however, our Oklahoma Drug Trafficking defense attorneys are ready to fight for you and suppress illegally obtained evidence.

Any statements obtained by law enforcement without your being advised of your Miranda Rights are inadmissible. Police must read you or advise you of your rights under Miranda before asking you any potentially incriminating questions, if you are in custody or under arrest. One of the most common battles we fight in suppression and drug trafficking cases is statements elicited by police after a drug trafficking stop and before our client was advised of his or her rights under Miranda.

Your rights under Miranda are as follows: to be free from questioning without an attorney, the right to remain silent, and a reminder that “anything you say can and will be used against you in a court of law.” You weren’t read your Miranda Rights. We are Fierce Advocates for our client’s Constitutional Rights and we hold law enforcement to the law in court, if they attempt to admit statements that should be suppressed.