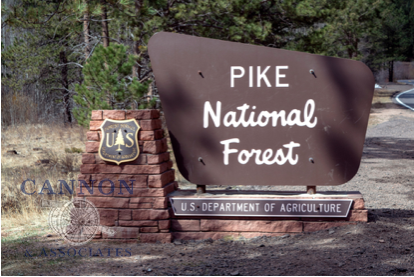 Federal DUI or DWI: What are they and What Court handles Federal DUI Cases

Not many people think of a DUI or DWI offense as a federal crime; however, crimes that are typically handled by state and municipal criminal court, such as DUIs can be handled in federal court as well. The primary way that a federal criminal charge can result from a DUI offense, is when the DUI occurs on federal property. It is important to contact a federal criminal defense attorney, if you are charged with a Federal DUI in Oklahoma. An experienced federal DUI defense attorney can assist you in avoiding fines, negative information on your record, jail time, and difficult terms of probation.

Federal Land and Driving Under the Influence Laws

DUI in a National Park

DUI on a Military Base

Under the UCMJ, a service member who is convicted of a DUI or DWI is subject to different consequences than a civilian. A service member can be subject to a letter of reprimand, revocation of pass privileges, extra duty requirements, referral to substance abuse treatment programs, corrective training, reduction in grade or rank, forfeiture of pay, bars to reenlistment, dismissal, or even a criminal court martial.

When a civilian is charged or arrested for a DUI on a military base, the offense cannot be handled through military justice; rather it must be handled in federal court or a court with competent jurisdiction.

DUI on other Federal Property

If you are charged with a DUI on federal property it may be handled by local authorities, i.e. state criminal court, if an agreement is in place between the jurisdictions; otherwise, it will be handled as a misdemeanor in federal court in the applicable federal criminal district. You may be charged in federal court with a state offense under the Assimilative Crimes Act, which allows federal prosecutors to use state laws to charge individuals who have a DUI or DWI on all federal property.

What are the Federal Sentencing Guidelines for my DUI conviction?

Driving under the influence and driving while intoxicated are serious crimes that can be prosecuted in federal court if committed on federal property (such as military bases, airports, and national parks) or while under federal jurisdiction. An important difference between federal DUI cases and state DUI cases is that in federal law, the defendant does not have a right to a trial by jury. Instead, the defendant only has a right to a trial by the judge.

A federal DUI offense can occur when the driver’s BAC is .08 or higher, the driver is incapable of operating their vehicle, or the BAC is greater than the state BAC. Generally, federal sentences that may be imposed on individuals who are convicted of a DUI include incarceration in federal prison for up to 6 months, a maximum fine of $5,000 and probation for up to 5 years.

These penalties can be increased if the driver’s BAC was significantly over the legal limit, if there was a child in the car, or if the driver has past DUI convictions.

Experience matters when you are defending a case in Federal Court. It is important to know the federal criminal defense lawyer you hire is dedicated to your cause and versed in all aspects of federal criminal law and DUI sentencing. Cannon & Associates is dedicated to Fierce Advocacy and will fight for your rights. Being arrested for a federal DUI charge may lead to tough consequences, but Cannon & Associates is here to support and guide you through all of your options.

Founder John Cannon has been recognized as a Super Lawyer and Top 40 under 40 and will fight for you to get the outcome you want in your case. Contact Cannon & Associates to protect your rights and fight for your case in Oklahoma. Complete the CONTACT FORM ON THIS PAGE NOW or CALL at 405-657-2323 for a free confidential case evaluation.