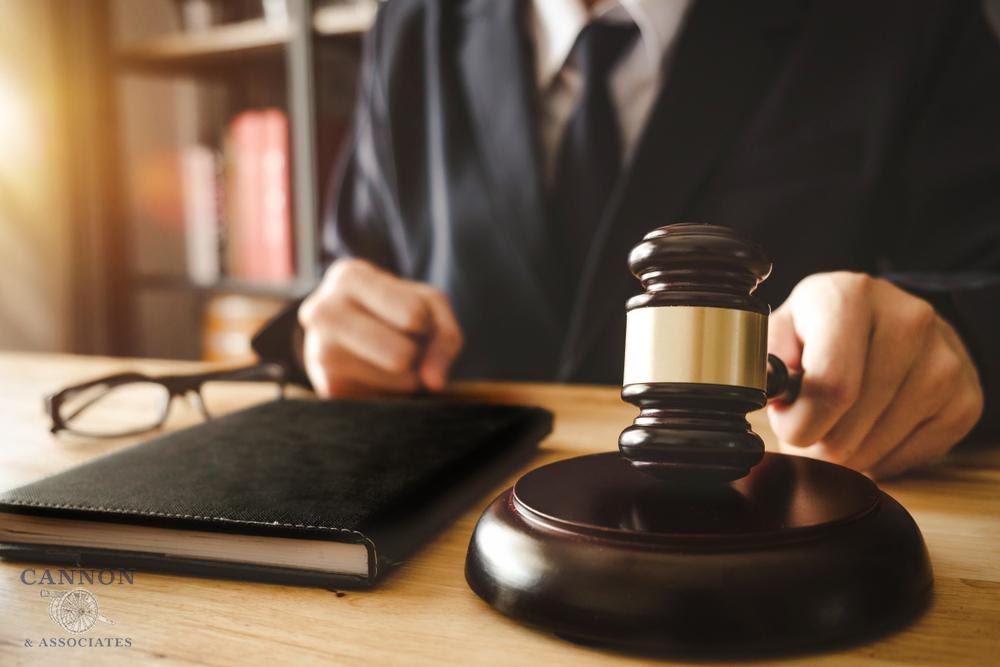 The Federal Crimes Defense Attorneys at Cannon & Associates are FIERCE ADVOCATES for those charged with any and all federal crimes. We have successfully defending many clients in federal court across Oklahoma.

When your life and freedom are on the line, you need a FIERCE ADVOCATE to fight for your future. Some of the most common questions our firm receives concerning federal sentencing hearings are as follows:

What is a Federal Sentencing Hearing?

Why does Federal Sentencing take so long?

Federal sentencing takes so long due to the events that happen in between being found guilty in federal court or entering a guilty plea and the court being prepared to determine your sentence. Your federal defense attorney cannot do much to speed up this process; however, your attorney can give you some reasons for the lengthy process, such as delays in the Presentence Investigation or Presentence Report (PSI or PSRI in Oklahoma).

Your lawyer does not write the PSI; however, your federal defense attorney can make an impact in your PSI. The U.S. Probation Office Agent or Pretrial Services Agent drafts the PSI; however, this is only one of many responsibilities for the agent.

Process Before the Sentencing Hearing

The federal judge in your case will order the PSI, which is a report prepared to assist the Court in determining your sentence. The U.S. Probation Office is responsible for preparing PSI Reports. Individual U.S. Probation Office agents investigate, draft, and present the PSI for all parties to review. The PSI contains important information that the Court will consider in determining your federal sentence. Your federal defense attorney and the U.S. Attorney will receive the PSI before your sentencing hearing and have the opportunity to present objections to the PSI, including: the factual determinations, the guideline sentencing range, the opinions of the Probation Officer, and any enhancements identified.

What is in a Presentence Investigation Report?

The Presentence Investigation Report (PSI) is intended to give the Court a complete picture of the defendant and the federal offense or offenses. However, it is written by a human being, so it naturally has some amount of opinion or bias. Here are the key parts of the PSI:

1) Biography of Defendant being Sentenced: federal criminal courts strive for fairness in sentencing, which includes evaluating what if any factors contributed to the Defendant coming to be in the situation resulting in a guilty plea or conviction for a federal crime. This information includes childhood, personal struggles, emotional or mental health issues, military service, education, family or lack thereof, addition, past rehabilitation, employment history, and other factors that mitigate or aggravate the circumstances of your case.

2) Offense Details: No two crimes are the same, even the same federal offense, under a specific statute can be more or less aggravated than another similar offense. The Court considers the circumstances of every offense and those affected in determining your sentence, much of the PSI includes this type of information, i.e. number of victims or defendants involved, quantity of drugs, time span of the crime, violence, etc.

3) Victim Impact: federal judges consider victim impact in sentencing; therefore, the PSI contains this type of information. The PSI will give the sentencing judge and parties a perspective on the following questions: was anyone injured or killed as a result of the crime? Is there restitution or financial loss to victims? How many victims exist? How old are the victims? Does the want the defendant to serve prison time? What is the victim’s relationship, if any, to the Defendant?

Will I participate in my PSI being drafted?

Yes, Defendant input in the PSI is a very important part of federal sentencing. The Federal Probation Agent will come visit you at jail, if you are in custody and interview you to obtain personal background information. Your federal defense attorney may be present during this meeting, which is useful, because your defense attorney can ensure the Federal Probation Officer includes important events or circumstances in your life that mitigate your circumstances. Your federal defense lawyer can help highlight important factors for the Probation Officer.

When does the Federal Judge see the PSI?

The federal judge will not reach conclusions on the PSI until hearing from the parties at the Sentencing Hearing. Procedurally, the sentencing hearing begins with the Federal Judge hearing argument by the U.S. Attorney and your federal defense lawyer as to their previously drafted objections to the PSI. This is a crucial phase of sentencing as the PSI provides the Court will the Guideline Range for your sentence, i.e. a range in months within the statutory punishment range for your offense based on enhancements from the base offense. The Court will consider your defense attorney’s arguments and resources presented in deciding the appropriate guideline range, which is not binding on the Court.

What else happens before the Sentencing Hearing?

Both parties are permitted to submit Sentencing Memorandums, which the Court will read and consider along with the PSI and evidence at the Sentencing Hearing prior to determining your sentence. The U.S. Attorney represents the government, is a federal prosecutor and will submit a Sentencing Memorandum to the Court. The prosecutor may argue the offense or victim impact warrants more prison time or harsher penalties in your case.

Your federal defense attorney should submit a Sentencing Memorandum explaining what makes you unique and how the Sentencing Factors in 18 U.S.C. §3553(a) warrant a downward variance, i.e. a sentence less than the Guideline Range. Sentencing Memorandums are not mandatory; however, they are an important factor in the Federal Court’s determination of your sentence.

What are the Sentencing Factors?

What Happens at Federal Sentencing Hearing?

Before the sentencing hearing begins, all the parties will be present in the courtroom prior to the Federal Judge. When it is time for the hearing to begin, the Judge’s Bailiff will announce the Judge’s presence and say “all rise”, which is an act of respect for the Court. The Judge will tell everyone when they may be seated and the next steps are somewhat dependent on the individual Judge’s preference. Typically, the Federal Judge’s Clerk will swear everyone in before they speak, except the attorneys as they are Officers of the Court.

As indicated above, the Federal Judge will ask if unresolved issues exist between the U.S. Attorney your defense attorney concerning the PSI, Presentence Investigation Report. Most experienced federal defense attorneys will find at least some objections concerning the PSI or recommend sentence enhancements. Each side, the U.S. Attorney and your defense attorney will have an opportunity to argue each objection or issue to the Court. The Federal Judge will announce a decision on each issue/objection to the PSI, either increasing or decreasing the Guideline Sentencing range for each offense, i.e. advisory punishment range for your offense.

Once all objections or issues with the PSI are resolved, a Guideline Sentencing range, which is advisory, will be determined and the substantive portion of the sentencing hearing will begin. The U.S. Attorney will argue the government’s position and may present witnesses or evidence in support of their position.

Your federal criminal defense attorney will respond and speak on your behalf. Your defense attorney can present evidence, witnesses, photographs, or other material to the sentencing judge for consideration, particularly to the Sentencing Factors identified above from 18 U.S.C. §3553(a). Live testimony explaining the person you are and how this experience has impacted you and your family is powerful. The hardships you have overcome or issues supporting a lighter sentence are proper to present to the Court.

What Punishment can a Federal Judge Order?

Your hearing will be at the William J. Holloway Jr. United States Courthouse in Oklahoma City, if you have a felony case in the Western District of Oklahoma. You should be aware of the rules and security for entering a federal courthouse. Federal courthouses have very tight security. U.S. Marshals and Court Security are tasked with ensuring the safety of everyone in the courthouse, including you, your family, and your federal defense attorney. It is important that you and your family are courteous and respectful to all staff in the courthouse.

You cannot bring any electronic devices into a federal courthouse, including a cellphone, unless you are an attorney with permission from the Court Clerk. You should provide material to your federal defense attorney, if you have something on your phone, which you want the Judge to see at your Sentencing Hearing.

Absolutely no weapons of any kind are allowed in federal courthouses, including pocket knives or even nail clippers. You will be required to return to your vehicle or possibly forfeit said items. The parking in Downtown Oklahoma City, especially near the federal courthouse is very limited, so come early to find parking.

Plan to arrive in time to be in the courtroom thirty (30) minutes before the scheduled sentencing hearing. This is in addition to time to find the courthouse, get through security, and find the correct courtroom. Follow the instructions of the U.S. Marshals and you should be fine.