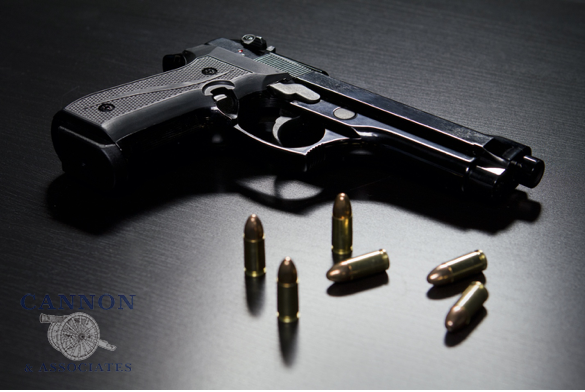 Federal criminal firearm statutes are complex and the penalties for these federal crimes are serious. Federal law dictates that a variety of conduct can place anyone into a category of prohibited persons that cannot possess or even be around firearms under federal law. Our Fierce Advocates have assisted many clients facing firearm charges and federal criminal cases and can help you develop a strategy in your case.

Federal gun prosecution has spiked due to the increased enforcement of the prohibited person statutes. As federal firearm prosecution increases for a wide variety of conduct, i.e. being subject to a protective order, a domestic violence adjudication, or a qualifying conviction.

Felon in Possession of a Firearm

Possession of a firearm by a convicted felon is a contentious issue for some. The Second Amendment to the Constitution guarantees the right to bear arms; however, the U.S. Supreme Court has routinely held that this Constitutional right, along with many others, is not an absolute right. Similarly, the right to liberty can be infringed upon for conviction of a crime.

Federal law makes it illegal to merely be indicted for a felony offense pursuant to 18 U.S.C. § 922(g). This federal gun statute lists a variety of prohibited persons that cannot possess a firearm:

Felon in Possession of a Firearm: Constitutional Sources of Law

Felon in Possession of a Firearm: The Right to Bear Arms

“A well-regulated Militia, being necessary to the security of a free State, the right of the people to keep and bear Arms, shall not be infringed.” Second Amendment of the U.S. Constitution.

The Supreme Court has ruled the following regarding the right to bear arms: District of Columbia v. Heller in 2008 and McDonald v. City of Chicago in 2010. These cases cover the extent to which the right to bear arms is limited. The Supreme Court has rules that the Second Amendment does not limit prohibitions on certain classifications of people, and it does not limit prohibitions on certain dangerous or unusual weapons.

Certain classifications of people are not able to exercise their right to bear arms because they are considered a danger to themselves or to others. The Supreme Court has upheld this limitation of the Second Amendment.

Possession of a Machine Gun or Automatic Weapon

Federal law dictates that some weapons due to their capabilities are restricted to use by law enforcement and our armed forces. However, some automatic weapons or machine guns may be possessed legally with a special license.

Possession of a Stolen Firearm

Possessing or selling a stolen firearm is one of the most highly enforced / regulated federal firearm offenses. It is a federal crime for a person to transport or possess a stolen gun, firearm, or ammunition pursuant to 18 U.S.C. § 922(i) & 922(j). A federal conviction for possession of a stolen firearm requires the person to know the gun is stolen and the punishment for this federal gun offense carries up to ten years in federal prison and a fine.

Gun Sales without a License

Many federal criminal laws exist regulating gun sales, including license requirements and limits on transporting firearms across state lines. Under 18 U.S.C. § 922(a), selling guns without a license can result in a five-year federal prison sentence.

It is not enough to simply have a license to sell firearms to avoid federal gun crime prosecution. Certain gun sales are criminal under 18 U.S.C. §922(b), specifically the following is prohibited under federal gun sales criminal law:

Federal crimes for illegal gun sales carries up to ten years in federal prison. The circumstances that leads to a federal gun crime violation dictates the punishment that will occur in your federal criminal case.

Possession of a Firearm in a School Zone

It is illegal to knowingly carry a firearm on a school campus. Campuses are referred to as “gun free zones” and violation of this offense can lead to a fine and sentence of up to 5 years in federal prison.

The type of firearm and whether the firearm was used during the commission of a violent crime or drug trafficking crime dictates the applicable mandatory minimum sentence:

This federal gun crime is even more punitive when a federal criminal defendant faces multiple convictions or prior convictions for using or carrying a firearm during a crime of violence or drug trafficking. The mandatory minimum for a second or subsequent conviction carries a mandatory minimum of twenty-five years in federal prison.

Finally, 18 U.S.C. § 924(c) mandates a conviction under this statute may not run at the same time as other sentences, i.e. the sentence for this offense may not be concurrent to another crime. A federal criminal defendant convicted of any §924 offense must serve this sentence in addition to any other sentence served by the defendant.

Straw Purchase of a Firearm

Straw purchases, i.e. purchasing a gun under false pretense or making a false statement or misrepresenting you identify to a firearm dealer is a federal crime as well, pursuant to 18 U.S.C. § 922(a)(6).

In order to purchase a firearm, a person must complete paperwork that require disclosure of information to the gun dealer. It is a federal gun crime to misrepresent any pertinent information on gun purchase forms. Such a violation carries up to ten years in federal prison.

A person that makes a firearm purchase for someone on behalf of another person, especially a prohibited person has committed a “straw purchase”, which carries up to ten years in federal prison.

Another exception exists where a person possesses a gun due to duress. Duress means the person was under unlawful and imminent threat of serious bodily injury or death and were essentially forced to possess a weapon. For example, if a felon was at a bank that was robbed, and the robber told him: “Take this gun and hold the teller at gunpoint while I put money in a bag or else I will kill you,” that felon would have a duress defense against federal felon in possession and illegal possession charges. This is because he was under an imminent threat of death and was forced to hold another person at gun point.

Possession of a firearm under duress or necessity, i.e. possessing a firearm while under unlawful and imminent threat of serious bodily injury or death is an exception to federal firearm charges.

Other exceptions, such as possession of antique weapons are exempt from many federal firearm charges. There is an exception to antique firearms, because they are usually out of use and are owned for ceremonial and historic purposes.

Multiple defenses exist to federal firearm charges, including insufficiency of the evidence to support a conviction, lack of knowledge, and Fourth Amendment defenses based on violations of the right to be free from unreasonable search and seizure. In almost all federal firearm cases weapons are seized by law enforcement after conduct a search.

The Fourth Amendment prohibits unreasonable search and seizures. When this happens, an experienced federal criminal defense attorney can move to have certain evidence, such as the gun, excluded or suppressed from the evidence before the jury.

Every piece of evidence and testimony presented in court must have a sufficient foundation in order to be admitted and it must be ruled admissible by the Court. Therefore, evidence ruled inadmissible in the prosecution of a federal gun crime can greatly improve your changes of not being convicted.

An experienced federal defense attorney will move for the court to suppress evidence found after a search without probable cause or where no exigent circumstances exist to allow a search without a warrant.

Since the prosecution bears the burden of proof for proving each element of the offense beyond a reasonable doubt, being able to prove that a defendant did not knowingly possess a stolen firearm can be the basis for dismissing a federal firearm indictment.

The recent U.S. Supreme Court decision of Rehaif v. United States, 139 S.Ct. 914, 588 U.S. ___ (2019), has made a substantial impact in federal gun prosecution. The U.S. Supreme Court held that pursuant to 18 U.S.C. § 922(g) the U.S. Attorney’s office, federal prosecutor, must prove the defendant knew they both possessed a gun and that they were a prohibited person.

The Court reversed and held the word “knowingly” applies to both a defendant’s conduct and to a defendant’s status. Id. at 2200. The Court reasoned that there exists a presumption in favor of scienter, the presumption a criminal statute requires the degree of knowledge sufficient to make a person legally responsible for the consequences of his or her omission. Id at 1295.

The following language from the Court’s holding summarizes the knowledge requirement for all federal gun possession prosecution:

Applying the word “knowingly” to the defendant’s status in §922(g) helps advance the purpose of scienter, for it helps to separate wrongful from innocent acts. Assuming compliance with ordinary licensing requirements, the possession of a gun can be entirely innocent. See Staples, 511 U. S., at 611. It is therefore the defendant’s status, and not his conduct alone, that makes the difference. Without knowledge of that status, the defendant may well lack the intent needed to make his behavior wrongful. His behavior may instead be an innocent mistake to which criminal sanctions normally do not attach. Id.

Utilizing this reasoning, the Court found the Government must prove both: a defendant knew they possessed a firearm and knowledge the defendant belonged to the relevant category of persons barred from possessing a firearm. Id. at 2200

Experience matters when you are defending a case in federal court. It is important to know the federal criminal defense attorney you hire is dedicated to your cause and versed in all aspects of federal firearm law. Cannon & Associates is dedicated to Fierce Advocacy and will fight for your rights.

Being indicted for a federal firearm offense is serious, but Cannon & Associates is here to support and guide you through all of your options, from beginning to end. We are dedicated to helping you resolve your dispute in the most advantageous setting and are ready to help you get the relief you need.

Contact Cannon & Associates to protect your rights and fight for your federal firearm case in Oklahoma. Complete the CONTACT FORM ON THIS PAGE NOW or CALL at 405-657-2323 for a free confidential case evaluation.