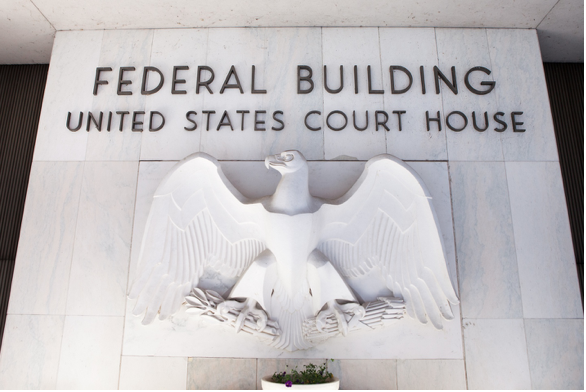 What are they and what to expect at Federal Detention Hearing

After an arrest has been made and charges have been brought before a federal court, getting released from custody is the next important priority for the defendant. Continued detention can harm the progress of the defendant’s case. It can also negatively impact their finances and family. Hiring an experienced Oklahoma federal criminal defense attorney can make the process seamless and less complicated.

Why a Federal Detention Hearing Is Scheduled?

A federal detention hearing is where your chance of freedom is debated. The prosecuting counsel may move to deny you bail. It is the job of your federal criminal defense lawyer to establish a better argument towards the court granting you bail. A detention hearing may be held at the prosecutor’s request if your case borders on violent crimes, an offense that carries a maximum sentence of life imprisonment; an offense whose maximum penalty is more than 10 years imprisonment as stated by the Controlled Substances Act; or a felony charge against a defendant who has two or more prior convictions as described in 18 U.S.C. § 3142, paragraphs (a) through (c).

Although the prosecuting counsel can demand a federal detention hearing, the court may also demand one if the judge believes that the defendant is a serious flight risk and/or poses danger to the community.

When Does a Federal Detention Hearing Take Place?

Federal detention hearings are often held during the defendant’s initial court appearance held on the same day of arrest. However, the prosecuting counsel can request a three-day delay while the defense counsel can delay the hearing for as many as five days. During the delay period, the accused will remain in custody until such a time when the judge rules on their bail application.

The time frame between an arrest and a federal detention hearing is often 24 hours except for requested delay. Due to this short window, the defendant must hire an experienced attorney to improve their chance of freedom.

What Happens at a Federal Detention Hearing?

Federal detention hearings are similar to trial proceedings; however, they are informal and aren’t as lengthy. During this hearing, the prosecutors/government are not required to provide evidence or present witnesses. However, the burden of proof is on the prosecutors to establish that the defendant is not worth their freedom.

If the prosecutor presents evidence or witness, the defense attorney may use this as an opportunity to cross-examine the witnesses. Note that every case is different and requires a different approach to legal defense. Consulting with an experienced federal criminal defense lawyer will help.

What Are the Possible Outcomes?

Factors that Affect the Outcome

Certain factors can contribute to the outcome of a federal detention hearing. Some of these factors include;

– The criminal offense or circumstances surrounding the offense;

– The evidence presented by the prosecuting counsel;

– Whether or not the defendant poses a threat to the community

Your freedom is important to the outcome of your federal criminal case. if you are looking for a skilled federal criminal defense firm that can help with your case, contact us at Cannon & Associates. We can be reached via phone at (405) 657-2323 for a free case evaluation. Our associates are more than qualified to deal with whatever your case brings and would love to be Your Fierce Advocates.