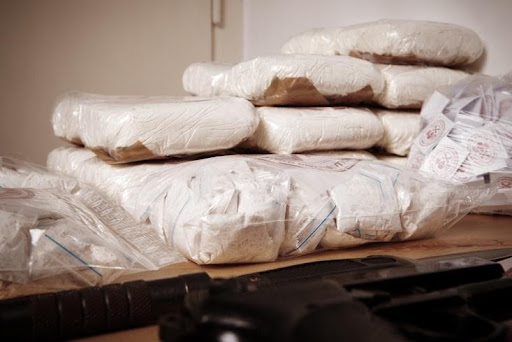 Oklahoma Drug Enforcement laws and penalties are harsh and the government here frowns hard against drug dealing or drug trafficking due to its detrimental impact on health and social effects. Apart from the federal laws against drugs, each state has its set of drug laws that punishes drug crime offenders. Oklahoma is no different as it has penalties set for each class of drug crime. While there are different classes of drug-related crimes that one could be punished for, drug trafficking is the most serious one.

While drug trafficking is a serious offense, it may also double as the most misunderstood drug crime. Many people think drug trafficking is the same as drug dealing, however, it may be a little more complex than that. If you or a loved one has been arrested for drug trafficking, you need as much information about the subject to shed more light on the charges.

What is Drug Trafficking?

In Oklahoma, drug trafficking offenses do not require any evidence of intent to distribute drugs or to sell drugs. Rather, the only evidence necessary to prove drug trafficking in Oklahoma is possession of the statutory amount of a specific drug or greater.

Drug trafficking, unlike drug possession, is a more serious charge in Oklahoma and is charged as a felony offense. Depending on the state where the arrest was made, a defendant arrested for drug trafficking may face first-degree felony charges with steep punishments upon conviction. However, in Oklahoma, drug trafficking is always a serious allegation and those sentenced to prison on drug trafficking will be required to serve the majority or eighty-five percent of their sentence, unless granted parole.

Is Your Drug Trafficking Charge a State or Federal Crime?

Drug distribution charges can be a state and federal crime. Most states across the US have modeled their drug crime laws around the federal laws set by Congress. A drug distribution charge may remain a state crime if the offense remained within the state’s confines. It can also remain a state offense if the state police were responsible for the arrest. However, the amount of drugs may also influence the jurisdiction of prosecution for drug trafficking charges. Large quantities of illegal substances may attract federal charges. Other reasons for attracting federal charges include arrests made by federal officers or distribution across state lines. A drug trafficking charge may also be treated as a federal offense when a federal crime like money laundering is added to the list of offenses. The parties involved may also impact federal criminal charges, when native American victims or suspects are involved, federal prosecution typically follows.

What are the Key Elements of a Drug Trafficking Charge?

1. The Quantity of Drug or Illegal Substances

Arresting officers often consult with the books to determine the charges to present to prosecutors against an offender based on the quantity of drugs found. It is important to note that drug quantity specifications depend on the substance and vary from state to state.

Possession of illegal drugs plays an important role in drug distribution and trafficking charges. However, possessing illegal substances alone is not enough to get a conviction, the prosecution must prove that it was intentional and that the amount is enough to attract a trafficking charge. For instance, a rental car with large amounts of illegal drugs hidden in it can get you arrested for possession, however, you may not be convicted of drug trafficking by simply being aware of the drug and had no intent to use or distribute it.

However, the charges may change if you had prior knowledge or information about the drugs in the rental car or the drugs were found on your property or personal effects. The ability and intent to control the disposition of drugs, whether by yourself or as a conspiracy or with another individual must be proven in order to support a conviction for drug trafficking.

Mere proximity to illegal drugs is not enough to be convicted of drug trafficking. The prosecution must be able to prove that you were aware of the illegal drugs and had constructive possession or actual possession of the drugs.

Most people often believe that you must have participated in the manufacture, transportation, or sale of illegal drugs to be arrested and convicted of drug trafficking charges. On the contrary, all you need to be arrested and convicted for the charge is your willingness to possess an amount of the illegal substance that exceeds legal restrictions.

As stated earlier, the penalties for drug trafficking charges in Oklahoma vary based on the type of drugs and the quantity. However, defendants can expect punishments twice the size of a drug distribution charge upon conviction. This means that convicted drug traffickers may face a minimum mandatory sentence of 4 to 10 years in prison with the possibility of a life sentence. Convicts may also face fines as high as $500,000.

An ex-convict who is arrested and convicted for a second drug trafficking charge faces as high as three times the penalty for drug distribution. A third drug trafficking conviction attracts life imprisonment without parole. Although the amount of drugs possessed plays a role in drug crime classification, an excess amount of such illegal drugs may also attract more penalties. For example, a defendant caught in possession of 25 pounds of marijuana may face $25,000 to $100,000 in fines and two years to life imprisonment. However, possessing 1,000 pounds and above of marijuana may attract as high as $500,000 in fines and a minimum sentence of 15 years.

How to Fight a Drug Trafficking Charge

A drug trafficking charge can be a nightmare that lingers for months. This particular nightmare also comes with several grave consequences that can affect every aspect of your life, if convicted. Saving yourself from a drug trafficking conviction means knowing how to fight the charge. Below are some of the things you should know.

Even as a criminal defendant, you are legally entitled to your rights. Hiring an experienced drug crime lawyer can help you to better understand your rights and how to protect them. As part of your lawyer’s duty, they will protect you from offering incriminating information to law enforcement officers. They’ll also ensure that the specific facts of your case are examined to develop a solid criminal defense strategy.

In some circumstances law enforcement may have violated your rights against unreasonable search and seizure. When the police violate your rights and your criminal defense attorney can show the court the violation took place, the evidence discovered after the violation may be suppressed or kept out of court. When you are able to suppress evidence from an illegal search or seizure, it will greatly improve your chances of avoiding a conviction or prison time on your drug trafficking case.

It is important to interview and retain counsel experienced in drug trafficking cases, as well as suppression issues, in order to stand a better chance of identifying an avenue to attack a violation of your Constitutional rights and build a strategy to seek suppression of illegally obtained evidence.

2. Gather Evidence to Defend your Case

The criminal court system operates on evidence. The court wants to see the evidence against you that proves you are or you are not guilty of being a drug trafficker. You can also gather evidence of your own to prove the charges are false or not as aggravated as they seem to be. Your attorney, by gathering the right evidence and presenting it in the right way may be able to get you out of the charges. To aid evidence gathering, be sure to be completely honest with your attorney. Offering all the information you know to your attorney can help them to help you.

Additionally, by working with a criminal defense firm with an experienced investigator, you may be able to better identify your defense or tell your story, if you drug trafficking case has to go to trial. Our team of Fierce Advocates™ is dedicated to ensuring your rights are protected and that our investigator can assist you in identifying important witnesses or evidence to support your defense.

3. Decide on an Effective Strategy

Oklahoma has strict drug laws and so are the drug laws impacting federal drug trafficking prosecution. Whether you have been arrested to be tried under state or federal drug law, we can help. Speak to an experienced Oklahoma drug trafficking lawyer at Cannon & Associates for legal guidance. Complete the CONTACT FORM ON THIS PAGE NOW or CALL (405) 657-2323 for a free and confidential case evaluation.